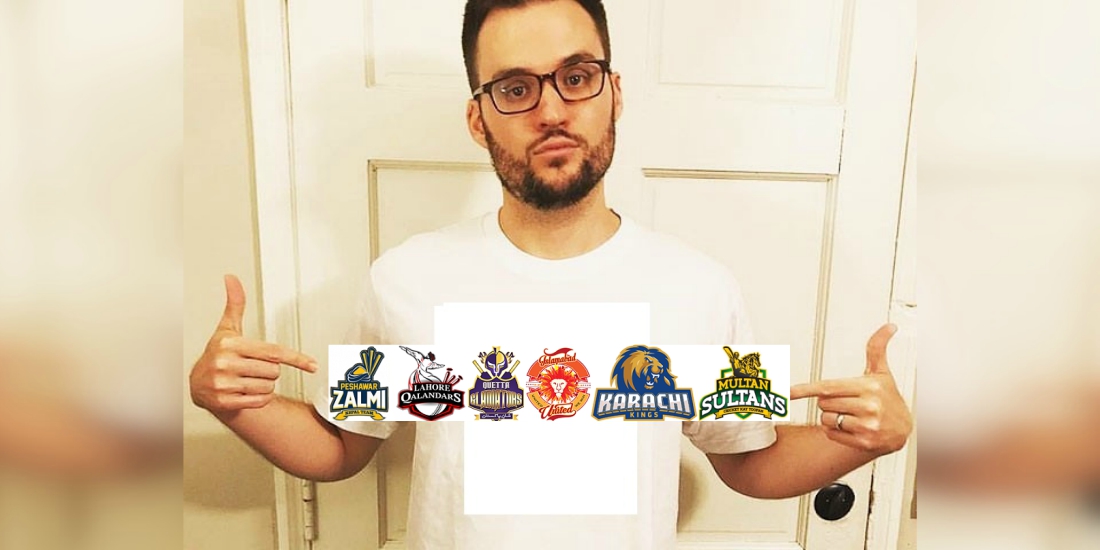 Jeremy McLellan has surely won the hearts of Pakistanis since his visit to Pakistan. The famous comedian loved Pakistan, its culture, biryani, donkeys and pindi boys. Oh yes! Also, Jeremy will soon be welcoming his first child and Pakistanis couldn’t be excited as he announced this amazing news on his Facebook profile. No doubt, he has now become a social media sensation and has a huge fan following from Pakistan. Way to go!

When Jeremy visited Pakistan, he instantly became every Pakistani’s favorite. No kidding! His witty humor, his status updates, him celebrating 14th August full Pindi-style and with pride, is what made him famous amongst every Pakistani. Not just that, but he even got into a little argument with the controversial political figure, Ayesha Ghulalai and has always come up with the most replies when interacting with political figures!

Moreover, just recently on Twitter, Jeremy was asked which team will he be supporting in PSL except for Pakistan…

And, Jeremy, being the comedian he is, said…

I pick teams solely based on mascot, so obviously the Qalandars https://t.co/1WjdRfMmCO

He further added to the tweet… kia baat hai!

I judge mascots on a strict criteria of both originality and how hilarious it would be to watch them actually play the sport. Dervishes playing cricket against lions would be great television.

However, his tweet turned out to be disappointing for a few…

We all know the answer to this!

u should support isb united as a pindi boy 🙂

Some were awaiting his arrival in Pakistan, already! Aww…

If Lahore Qalandars qualify for final will you visit Pakistan to support Qalandars?

And last but not the least, a reply from the person who asked him the question in the first place

We love how Jeremy is continuously supporting Pakistan and always highlighting the positive side of Pakistan, all in good humor. We just can’t get over it and can’t wait for him to visit us again. Who knows, he might be here for the PSL finals if Lahore Qalanders make it to the finals! Well, we’ll just have to wait and see!

Until then, let’s stay tuned to his witty statuses and tweets! *Grabs a bag of popcorn*