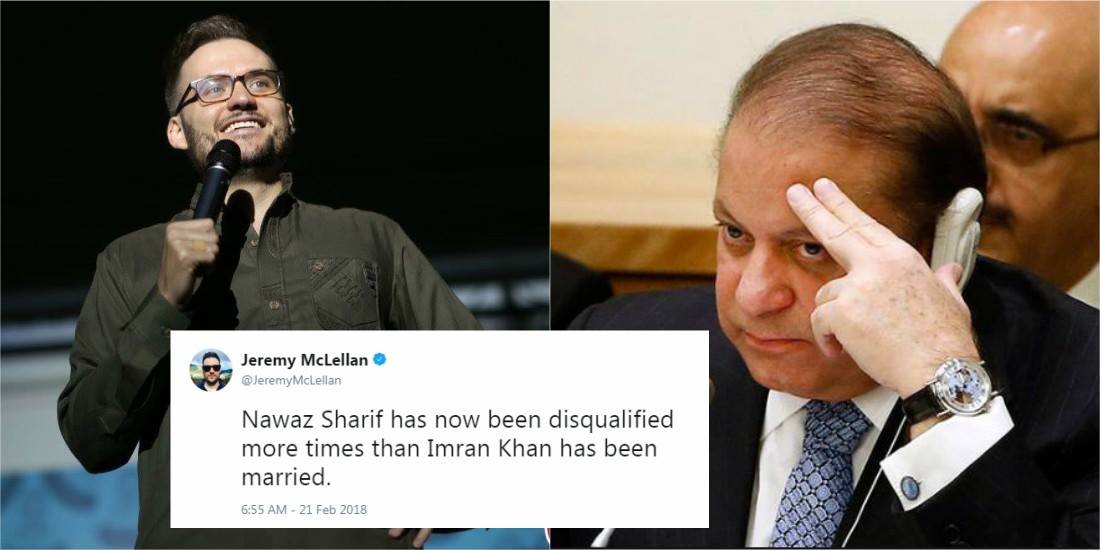 This week has been pretty happening for all the Pakistani out there! well, first Imran Khan’s third marriage that took over our social media feeds and TV screens and then just yesterday, we were hit by another shocking news which was Nawaz Sharif being disqualified as the head of the Pakistan Muslim League-Nawaz (PML-N). Now, THAT is news!

In the notice sent by the Election Commission of Pakistan, here’s what it said:

“The name of Nawaz Sharif shall be deemed to have been removed from the Election record with effect from 28-07-2017,” ECP said in a notification. 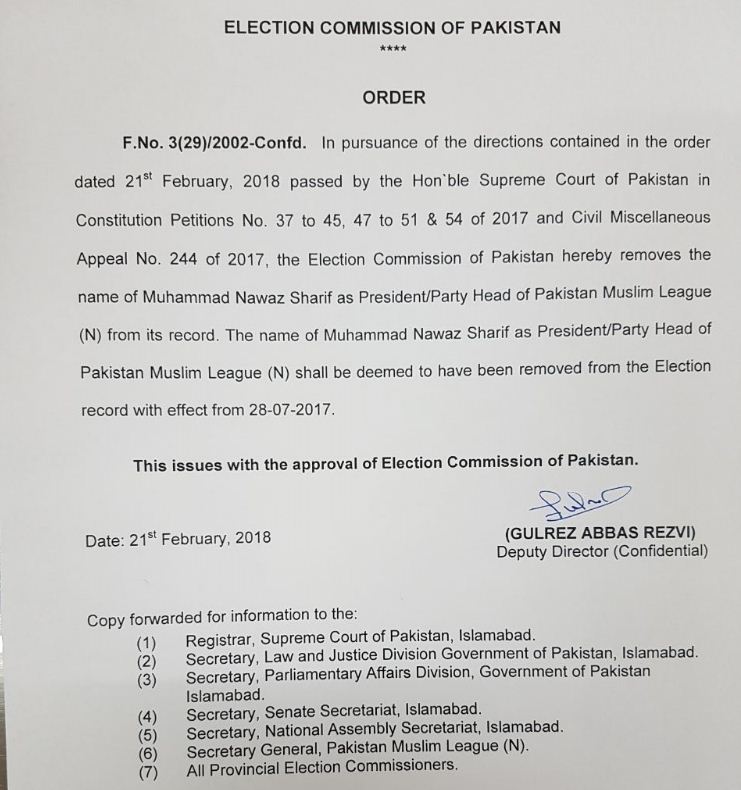 The news of Nawaz Sharif being disqualified has created a major uproar that our favorite American comedian, Jeremy McLellan, couldn’t hold back and couldn’t find a more perfect chance to comment on his disqualification and well the overall situation (Imran Khan’s 3rd marriage). Lol. That’s called “Aik teer se do shikaar”. With his crazy sense of humor and savageness, Jeremy, once again, won the internet with his savage tweet! Oh, also, we love how he has been following our politics; so very closely!

And Jeremy, nailed it once again! LOL.

Nawaz Sharif has now been disqualified more times than Imran Khan has been married.

Good one. .married 3 time is better than 3 Time disqualified. .#PublicSupportsSCP

He has been kicked out of office four times, thrice as Prime Minister, once as PML-N president.

But wait…There was more to it! He remembers ERRTHING! “Mujhe Kyun Nikala?”

wife, not Wives. Jemima is a very dignified woman. We Pakistanis have great respect for her.

The competion must continue … IK should hv more wives ..and Nawaz Sharif should be disqualified from every where…even from whatsapp groups ??

Jeremy, how about you consider his request?

It gets better every single time! LOL!

After this tweet ?Pindi boy your chances zero to visit Lahore ?

Gaining a huge fan following from Pakistan, Jeremy has indeed won the hearts of many! He has never ceased to charm us with his wit and humor and this is why we love him so much. Oh, and he loves us back too! And, yeah, we gotta give it to this guy! He has always brought a smile to our faces! Well, not just smiles but fits of laughter to be exact. Jeremy, keep at it!