“US Ambassador to Pindi Boyz” Sums up the Decision against Centaurus Mall with the Best Comment!

He is our favourite Gora in the whole wide world, the guy who continues to amaze us with almost everything he does. This time, he speaks against the Centaurus Mall’s practice of charging entry fee from the public. Thank the Lord for Jeremy McLellan!

Jeremy is at it again. Not long ago, he visited Pakistan and pledged his allegiance to the Pindi boyz. His loyalty is unquestionable and now when a decision has been taken in their favour, he has the best thing to say. It’s just like Don Corleone taking the stage, standing on the podium and giving a victory speech!

Now, Jeremy McLellan has left us all amazed with a comment that could only be expected of him to say.

A letter issued by Office of the Deputy Commissioner, Islamabad to Centaurus Mall, summoning a valid explanation regarding charging an entry fee with a certain lot of public (WE ALL KNOW WHO). The letter highlighted a pretty solid point about discrimination and drawing a fine line between social status in the society. 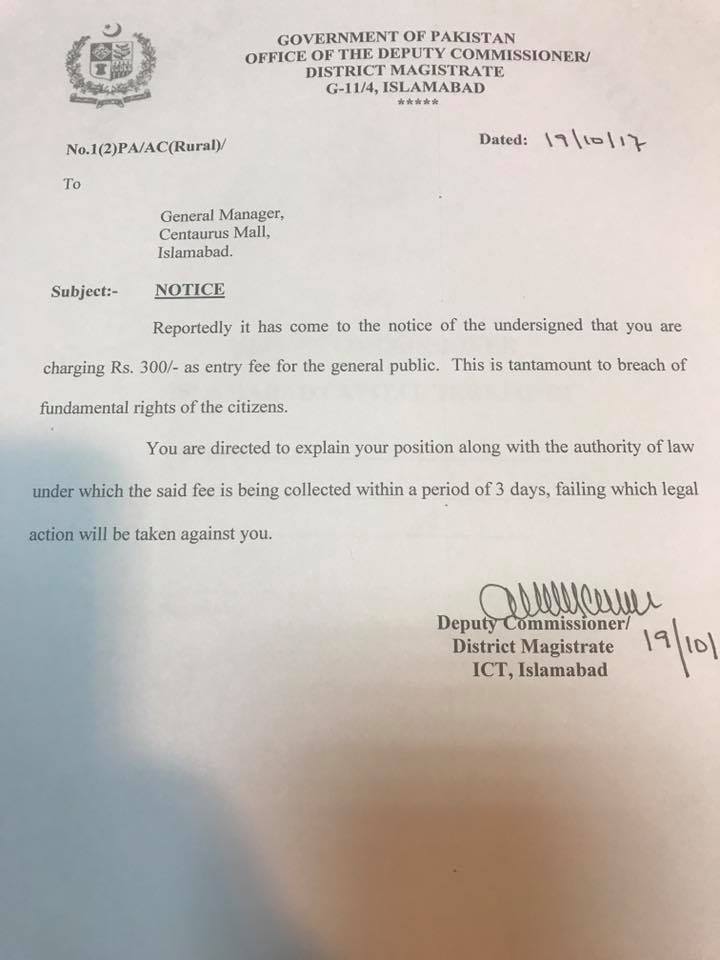 And, yes! Here’s what the US Ambassador to Pindi Boyz says!

As the US Ambassador to the Pindi Boyz I applaud the Deputy Commissioner’s decision and hope Centaurus Mall respects the rights of my people to go shopping without suffering any discrimination. #FreeCentaurus

Thank you to everyone who alerted me to this great cause. I would have posted this sooner but I have spent the past week away from social media and in meetings with Hollywood producers hoping to do a TV show that will showcase, among other things, the bravery and awesomeness of the Pindi Boyz. Wish me luck.

We shall wait for any proceeding in this case. Will Centaurus Mall bend over? Let’s see.

Have a great Friday, everyone!

The 411 On Halloween; Islam, Christianity And Judaism Forbid It
Abdul Mueed – Wheelchair Bound Entrepreneur Is Setting An Example For Everyone
To Top