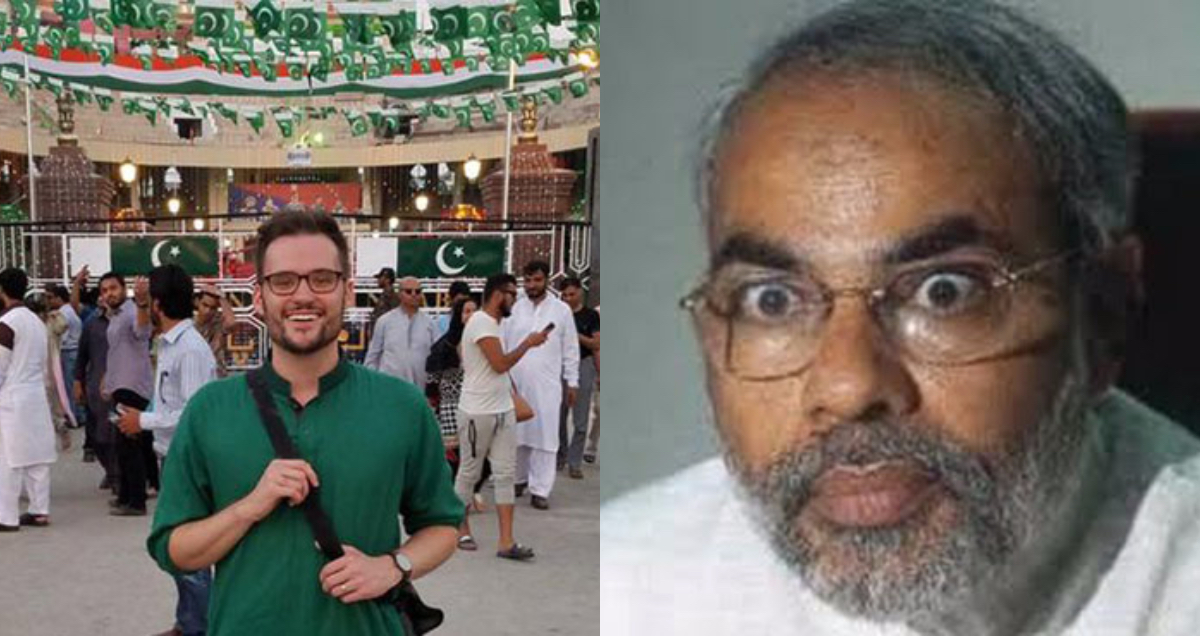 Ah! “not again”, this is what I heard from a guy from my neighbourhood when he was reading the tweets of Jeremy McLellan. Don’t you know Jeremy McLellan? If yes, you are yet to know about the true meanings of comedy.

Many of you know the tussle between India and Pakistan, isn’t it? For those who don’t know, should google it now, else they are going to miss the most blazing issue of the 21st century.

The two countries are geographically contagious. Before 1947, India and Pakistan were called as a subcontinent. However, due to abnormal Hindus and their malicious attitude against Muslim, the man of high astute, Qaid-e-Azam craved out Pakistan out of the subcontinent.

As the “Chai Wala”, Oh! I mean Narendra Modi and his party have won elections in India, owing to the anti-Pakistan and anti-Muslims narrative. Bhartiya Janta Party (BJP) is famous for taking revenge and pursuing conservative policies. In addition, the comedian, Jeremy McLellan, has a similar fear of conservatism from Modi’s government. 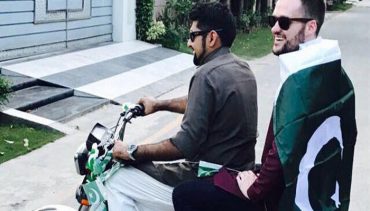 Jeremy McLellan is a loathsome figure for Indians because he has trolled them multifarious times. Surely, BJP and all conservatives hate the awesome guy.

Currently, the sneering debate and trolling of Indians are going on with a great spur on twitter. Mainly over Modi’s win and cancellation of Jeremy McLellan’s tour to India.

Love getting messages from fans pic.twitter.com/oc03leliLm

Look how Jermy is Justifying his jokes against Indian’s

What you need to know about Jeremy McLellan

Jeremy McLellan was born on  September 15, 1985, in the USA. He is an American comedian who resides in Charleston, South Carolina. Moreover, he has been honoured as the “New Faces of Comedy” by Just for Laughs.

Jermy McLellan graduated from Covenant College in 2007. Jeremy lived in an L’Arche society with intellectuals with inabilities. Furthermore, he started standup comedy in clubs and bars across Charleston, in 2010. After getting popular and viral on social media, McLellan left his job to proceed towards full-time comedy.

Jeremy McLellan and his relations with Muslims and Pakistan

Well, Jeremy McLellan is Roman Catholic. Additionally, he has performed for multiple Mulsim organizations. UMAA, Islamic Circle of North America, Diyanet Center of America, Muslim Legal Fund of America and Muslim American Society are a few of them.

Besides, McLellan has performed for the following Pakistani organizations: The Citizens Foundation, DOGANA, the Pakistani Association of America, the Human Development Foundation, Friends of the Indus Hospital, Pakistani Students Association at Georgia Tech and Human Appeal. 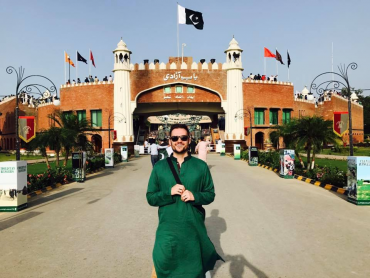 Jeremy McLellan travelled around Pakistan in August 2017. In Pakistan, he did around six shows in Islamabad, and Lahore arranged by “Kuch Khaas”- an entertainment company. Furthermore, he helped in giving free dental care to settlements around Islamabad coupled with a dental team.

Furthermore, Jeremy McLellan has a special place for Pakistan and Pakistani’s. He never misses a chance of appraising Pakistan, especially in front of Indians. Moreover, most of his tweets depict the contrast between Pakistanis and Indians. In every comparison he overweighs Pakistanis.

Coming back to Jeremy’s trolling of India, the guy trolled Indians back in 2018 over brutal atrocities in Kashmir. Ever since then, Indians are hell-bent on targeting the wonderful comedian.

Modi called me last night to beg me not to cancel my Indian tour, offered me millions of dollars to change my mind, but I couldn’t do it. Not everything is about money. Maybe after the next election I will reconsider. https://t.co/wKDjti30ph

India! why did you ban our amazing comedian?

India has now banned me from doing a tour there but I’m going to do it anyway. Just need to wait for a cloudy day so I can get past their radar.

Look at the Hillarious video!!

In a nutshell, Jeremy McLellan has done some serious level of trolling of India. McLellan definitely has nothing personal to do with the Indians but comedy.

Hopefully, Indians would acknowledge this as a comedy and stop using offensive language against the amazing comedian.