The meme had Imran Khan, Jemima and Khan’s current wife Bushra Bibi. The poster implicates Bushra Bibi doing black magic on Khan. While few Pakistanis were praising Jemima’s sense of humor, many criticized her for portraying Khan’s wife in a negative light. 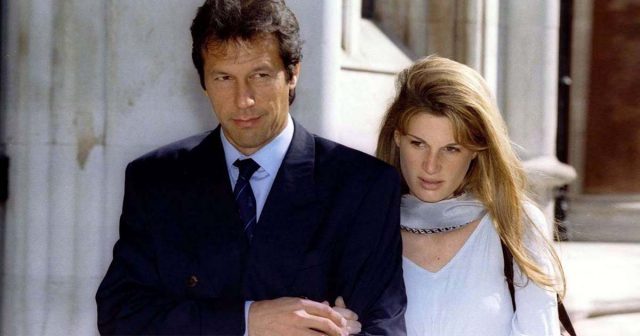 She shared a poster on her Twitter account with a caption that read, “What kind of black magic did you do?”. Soon after the backlash, Jemima deleted the post which was causing an uproar on social media.

Jemima assured that she did not intend to disrespect anyone

Replying to one of the criticisms, she assured that she does not intend to disrespect anyone. She said she genuinely cherish funky truck art, street art, and Lollywood posters. She said that like other people she, too found the poster funny.

“No disrespect intended. Like most of you, I just found it funny,” she wrote. “I’m a genuine fan of Pakistani film posters, street art, and truck art,” she added.

Now, even after deleting her Twitter post, some are still criticizing her for doing it under Khan’s indirect pressure.

Seem #Jemima has deleted that tweet. Could be pressure from the father of her children? Or could it be black magic by the current first lady? 😂 https://t.co/OPnUXM4JR4

Neither Imran nor his followers will say anything. Rather they are praising sense of humor of #Jemima. What if same thing is said / posted by some opposition leader or anyone other than a follower of #IK? He/ she will get abused badly

love her wit 🤣🤣🤣 and most of us do agree on the fact that she would hv been the best first lady 😍 #jemima pic.twitter.com/UvKKOlYohL

Jemima remains in headlines as she keeps showing her support to her ex-husband Imran Khan.

However, she is also very famous among Pakistanis. Pakistanis keep questioning her feelings for her ex-husband, time and again. Earlier, she was asked by a Twitter user that if she still cries for Khan. The question left her speechless for some time. She responded to the question with an expression of ‘Wow’ while retweeting the post on her Twitter.

Jemima and Khan got married back in 1995. The marriage lasted nine years and they both decided to split in 2004. Like any mature couple, Jemima and Khan still stay in touch. Jemima always supports her ex-husband in all his political campaigns on social media, but the couple has moved on. She specifically wished him on his second marriage.