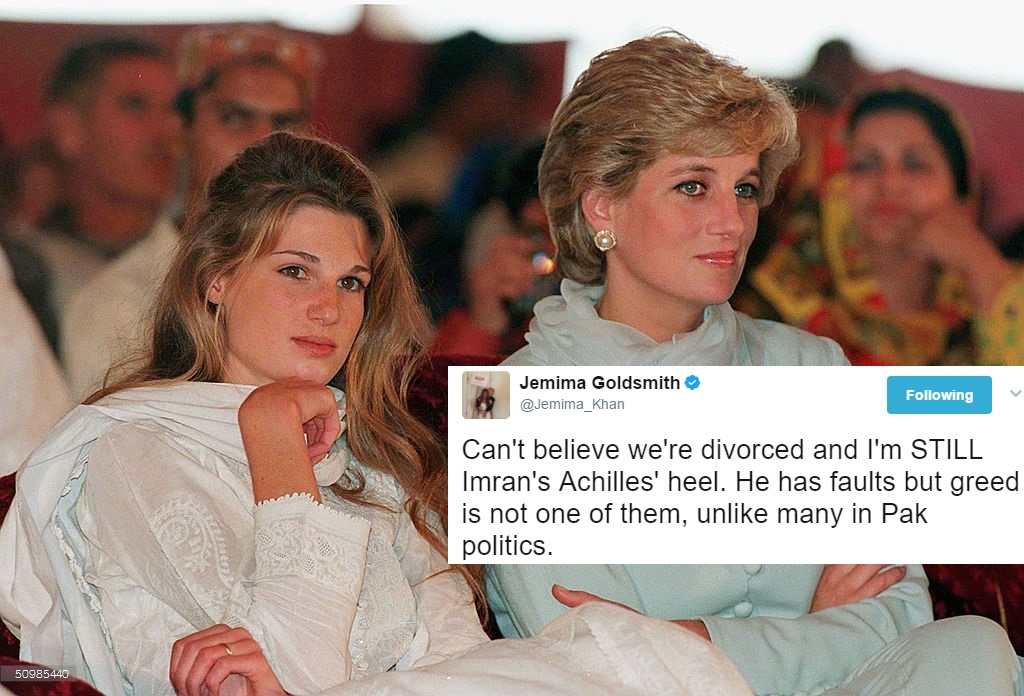 Imran Khan and Jemima Khan – The iconic duo who made it all over the news when they tied the knot in 1995 is the same couple that broke our hearts when they got divorced in 2004. While the common perception of divorce includes zero contact whatsoever, the ex-couple, who have 2 sons together, continue on good terms.

Remember The Hilarious WhatsApp Conversation Between The Two? 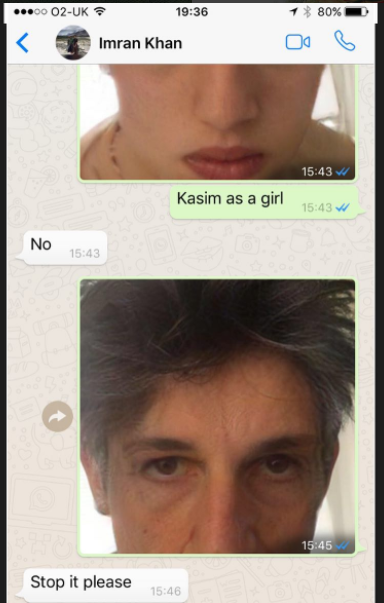 Suggestively, Jemima even talks about Pakistani movements and politics.

Sometimes Pakistan gets its priorities right. As my ex husband once said, “who the **** was Valentine anyway?” But still, since I’m here…. HAPPY VALENTINE’S DAY to everyone I love, even the ones in Pakistan. ❤

As a person who spent a brief period of her life with a man who is now devoting himself to Pakistan, Jemima continues vouching for Khan when needed. While Imran Khan is being questioned for his home in Bani Gala, Jemima made sure she spoke on his behalf to clear the air.

Whether SC investigates or forms JIT in my case, here is my challenge: whatever they want to do, they will come to only one conclusion –

I bought London flat from taxed legit cricket earnings in 1983; sold it in 2003 & brought funds back thru legit banking channels https://t.co/SmnmTETTTH

Paid for purchase of Bani Gala property from these earned funds remitted back to Pakistan. https://t.co/PsUPXmEIvF

Was taxpayer in UK for 20 yrs; am taxpayer in Pak since 1981. Never have I done anything illegal; nor have I ever been served a tax notice

Those who think I am playing with fire & might get disqualified, it will be a small price to pay to rid Pak of corruption mafias’ Godfather.

Upon these tweets, Jemima felt the need of speaking up for her ex-husband!

This is my last clarification- Imran did not lie. I initially paid the money for our home till he sold his flat & then paid me back.

Can’t believe we’re divorced and I’m STILL Imran’s Achilles’ heel. He has faults but greed is not one of them, unlike many in Pak politics.

Having This Said, Jemima Indeed Is A Classy Woman Who, Despite Her Separation With IK, Continues Speaking For Him

Jemima is the classiest ex-wife of a popular ex power couple. I’ve never seen her stoop low or resort to mudslinging unlike…you know who. https://t.co/1JLeRtCglD

In the sad state of affairs, we are still skeptical about witnessing stability in Pakistani politics.