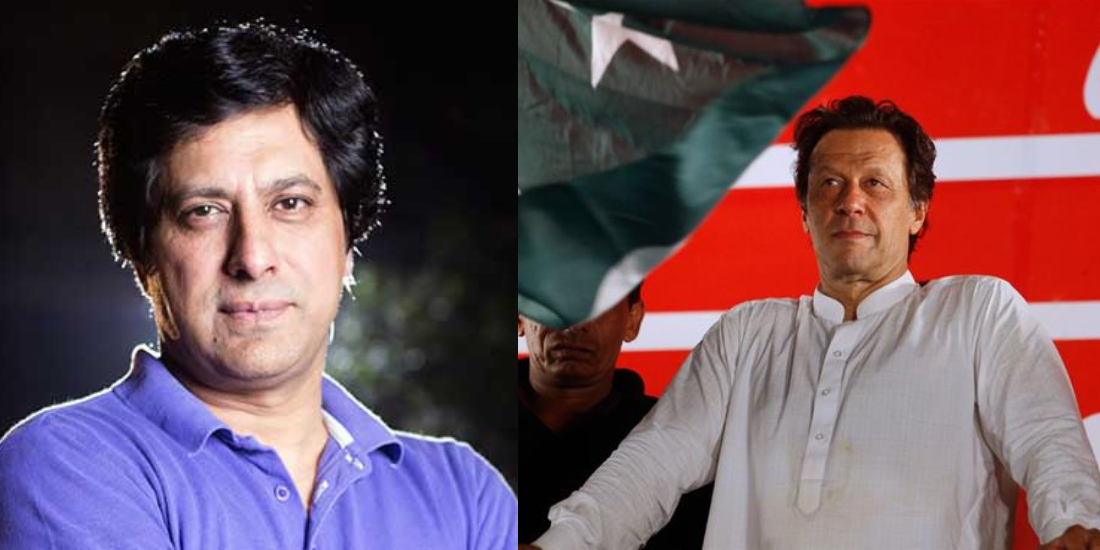 Pakistan or Naya Pakistan! People are legit checking in to “Naya Pakistan” on their Facebook profiles. Let’s just say that people are high with hopes. Imran Khan has been elected as the new PM. Nationally he’s being massively loved by a vast majority of youth. Fun Fact; that Pakistan right now has a vast majority of youth in the population 20 crores.

The change was something inevitable when a country has a throbbing amount of young people in its vicinity.

Naya Pakistan Mubarak ? ?? Congratulations to #ImranKhan on becoming the Prime Minister of Pakistan Featuring some of our favourite looks. Crisp monochromes and the classic white Shalwar Kameez ? #imrankhan#pti#pakistanelections#nayapakistan#mensfashion#pakistanvogue

While the world is celebrating Imran Khan’s victory. Jawad Ahmed had to say something very different!

Imran Khan’s narcissistic, egotistic and childish ambition of becoming the Prime Minister, it seems, can now at last be…

After Imran Khan’s speech yesterday. Jawad Ahmed was vocal about his opinion on the internet. Since it’s a democratic country and just two days back the whole country exercised the democracy with all thrust. Free speech is something Pakistan completely believes in! So, Jawad Ahmed’s “free speech” about the new PM was making roars on the internet. How he believes that Imran is not a competent new leader of the country.

“Imran Khan’s narcissistic, egotistic and childish ambition of becoming the Prime Minister, it seems, can now at last be fulfilled. He has proved himself to be the biggest political wannabe of Pakistan’s history. What amuses me is the narrative that he has really worked hard and sacrificed to be where he is right now. In fact, while he comfortably lives in the 300 Kanal house Bani Gala and his children live in UK and are heirs to Goldsmith dynasty worth several billion dollars (Kharabs in Urdu), he has many a times expressed himself that politics is the main source of thrill and excitement for him and that if he does not do politics, he would be bored. He should say thanks to 99% of simple hearted Pakistanis whom he was able to fool yet again just as they were fooled by Nawaz Sharif and Asif Zardari before. The masses are those people who can only vote for rich and influential people from different parties but have no means whatsoever to either contest elections nor even think of entering the assemblies themselves.

Imran Khan will not be able to do anything substantial for the working class, youth and majority of middle class just as all that he could do for poor workers in KPK was to announce Rs 15000 minimum wage for them, which incidentally was the same in Punjab and Sindh too. That too was not ensured across all the three provinces and people were forced by their employers to work in wages as small as Rs 5000 to Rs 12000 right under PTI government’s nose. Imran Khan or his party has never talked about labour rights, social security, old age benefits, overtime, living wage and pension for the working and middle classes. PTI is just another party of feudals, capitalists, land mafia, sugar mafia and other mafias and electables which will continue the neo liberal policies of the previous governments and will rely heavily on strengthening the rich to run the economy. The only difference between PTI and (PPP, PMLN) is that PTI has more middle class opportunists in their ranks who are unable to think through and beyond Imran Khan who is even a bigger political opportunist. Imran Khan’s image as a saviour and a third option has been built in the last 10 years with a lot of money and the use of TV and social media.

The masses are gullible at present but politically charged. Impressed and influenced by Imran Khan’s political gimmickry and his shallow but popular one point agenda of ‘corruption’ which he has only selectively addressed so far. It seemed from his political rhetoric in the last one decade that Nawaz Sharif was Pakistan’s only problem. He built his whole politics very cleverly by making Nawaz Sharif his target, conveniently ignoring that his party members as well as his political and charity donors are as corrupt if not as rich as Nawaz Sharif and who would grab all the opportunities that come their way to become even more filthy rich. Things are going to change soon for the masses though as they will realise what an eye wash politically PTI is going to be. They will reject Imran Khan and PTI in near future and start building their own party on class basis. This is their only road to salvation. Long live people’s struggle for their rights. Long live Pakistan.”

People of Pakistan are not very happy with Jawad’s criticism

Umm… can’t say anything about why he has such opinion

Jawad replied to this person and his point is very valid

This guy just asked Jawad about his work!

But instead, Jawad choose to highlight how everything IK did is a scam!

Call it a rant. But anyone can criticize him until the words are not well put out in actions! After which only two things will happen. Either all the accusers will be proven right or youth’s faith would be restored in someone they believed in.