Pakistan’s politics is a breeding ground for controversies. Our politicians are always on the look for throwing dirt on each other. That is fine, a healthy opposition in a Parliament is generally required but when things get personal and the matter stretches on personal terms, then the atmosphere gets a little dirty, which is absolutely unhealthy for any Parliament. 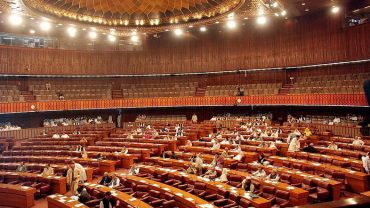 We have had recurrent incidents where parliamentarians brawl and pass strong comments over each other. It has been the usual story now and seems like politicians like to get personal and hurt each other’s image before the press.

In another incident, Javed Latif, a member of National Assembly who belongs to PML-(N) party expressed his shameless remarks for another member of parliament, Murad Ali’s – who belongs to rivals PTI – sisters.

Now imagine the same person is a member of our parliament and takes part in the crucial decisions in your interest. It is indeed a staggering realization and absolutely sickens us to our stomach.

All differences aside, you cannot accuse a man’s family. It is extremely dirty and simply shows that you are reflecting your own insecurities. This is condemnable and you do not have to be from the opposition lot to declare it wrong. 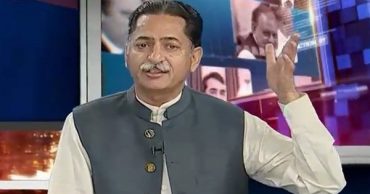 We have already put down and looked upon with sheer displeasure for our antics and this is just a shambolic piece of character. Javed Latif has lost his credibility in the eyes of people and his comments are condemnable on all grounds. Personally attacking someone and alleging their family in the matter is everything wrong with what Javed Latif did.

People are already showing their utmost anger and resentment over Javed Latif’s comments. He has to be dealt accordingly and put on the run for his comments. If Imran Khan was bashed over his “Phateechar” comments then this is just too much and he should be penalized for it.

What do you think about Javed Latif’s comments and do you think some sort of action must be taken in the aftermath of this?

This Lahori Photographer Took Photography To A Whole New Level By Using His Smartphone!
Ahmad Shahzad Decided To Hold A Q/A Session With His Followers & As Expected, He Was Massively Roasted!
To Top