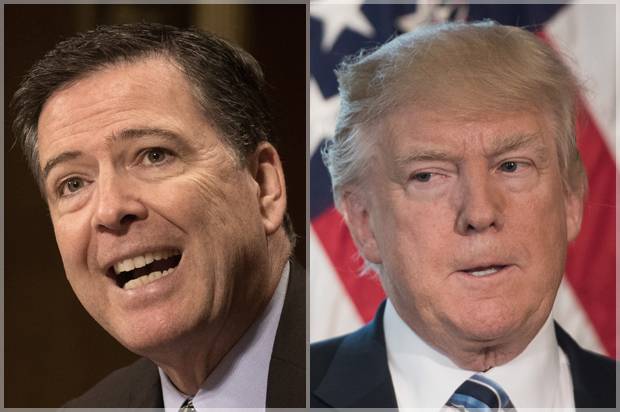 Former FBI Director James Comey testified to the Senate Select Committee on Intelligence on Thursday for its investigation into the Russian involvement in the US 2016 elections and possible collusion between Russia and then presidential nominee Donald Trump’s campaign.

James Comey was fired last month apparently for various reasons provided after his removal including the official statement citing his handling of the Hillary Clinton email server investigations and according to President Trump that “Russia thing with Trump and Russia is a made-up story” and that he had already decided to fire Comey.

During his opening remarks which he had not written, Comey accused the Trump administration of “lies, plain and simple.” The former FBI director had submitted 9 pages written a testimony to the committee which was published online on the Senate Committee website the day before the highly anticipated hearing. Comey has alleged that the decision of his firing was “because of the Russia investigation,” Comey stated. “I was fired in some way to change, or the endeavor was to change, the way the Russia investigation was being conducted.”

Comey started writing memos to the file of his interactions with the President after his first meeting with then President-Elect Donald Trump. Asked by Ranking Member of the Senate Intelligence Committee Mark Warner why he needed to start putting down a written record? “A combination of things,” Comey said. “I think the circumstances, the subject matter and the person I was interacting with,” Comey added. “And then the nature of the person. I was honestly concerned he might lie about the nature of our meeting so I thought it important to document.” 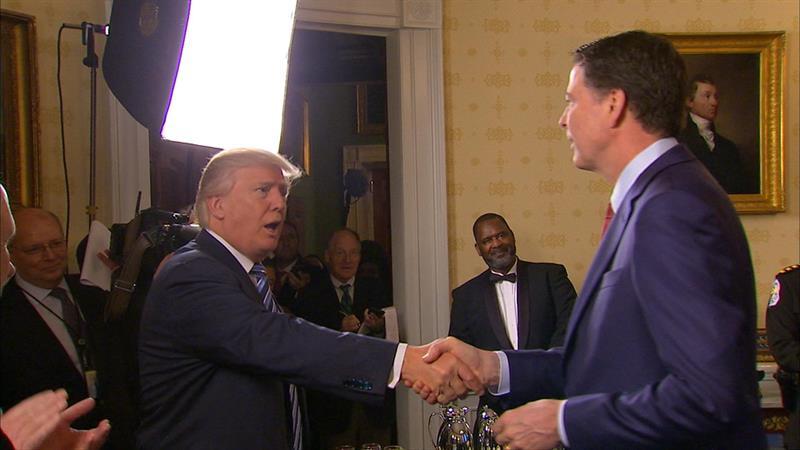 After firing Comey as the FBI Director, President Trump tweeted he hoped that there were no tapes, referring to his several conversations in person and on the telephone with then Director Comey. During the hearing, referring to the tweets about tapes, Comey said, “Lordy, I hope there are tapes,” indicating that the existence of such tapes would second his accounts of the meetings.

Comey told the committee that it was after the tweets regarding the tapes that he decided to hand over the memos of his conversation with President to a close friend to leak it to the media partly hoping that Department of Justice will appoint a special counsel to investigate the Russian probe and the possible collusion. President Trump’s personal attorney Marc Kasowitz giving a statement at the news conference mentioned the leak.

“Today, Mr. Comey admitted that he unilaterally and surreptitiously made unauthorized disclosures to the press of privileged communications with the President,” Kasowitz said. We will leave it the appropriate authorities to determine whether this leaks should be investigated along with all those others being investigated.” He added. 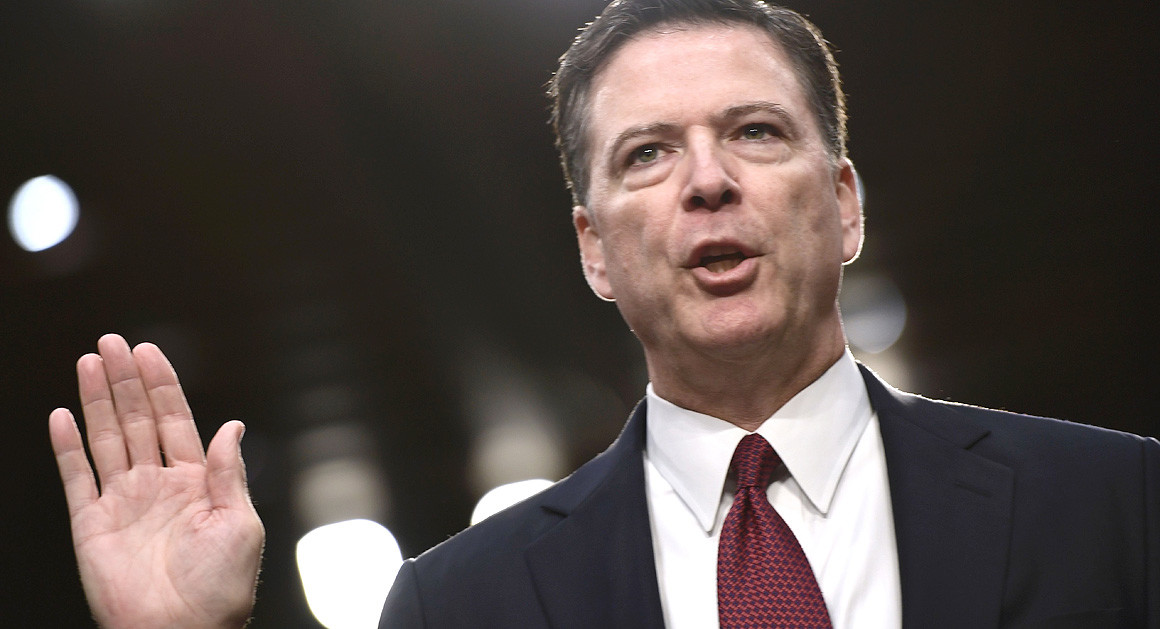 In the nine pages testimony that Comey submitted to the committee, he mentioned three one on one meetings with President while having spoken to him twice on the phone. According to Comey, his first meeting with then-President-Elect Trump was on January 6 in a conference room at Trump tTowerin New York. “I was there with other Intelligence Community (IC) leaders to brief him” he explained.

It was during this meeting that Comey said he assured the President that he was not under investigation by the FBI and that he “felt compelled to document my first conversation with the President-Elect in a memo.” Comey also added that “to ensure accuracy, I began to type it on a laptop in an FBI vehicle outside Trump Tower the moment I walked out of the meeting. Creating written records immediately after one-on-one conversations with Mr. Trump was my practice from that point forward.”

Describing his second one-on-one meeting during a dinner that the President invited him over during a call, Comey said he assumed there would be others though it was unclear who else would be joining them for dinner. Describing President’s intention to what he called “patronage relationship” Comey said that the President started the conversation by whether he wanted to continue as the FBI Director and that lots of people wanted his job. 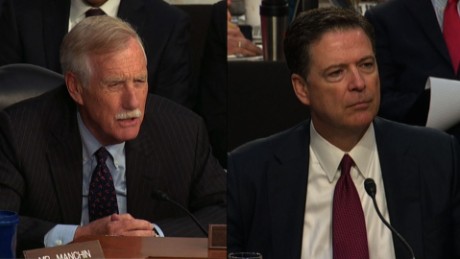 President continued to tell him that he understood if Comey wanted to walk away considering the abuse he had undergone the previous year. According to Comey, it was during this conversation that the President demanded loyalty to which Comey replied that he can expect honesty and the President replied: “That’s what I want, honest loyalty.”

Describing his final meeting with the President on February 14 at the oval office to brief the President on the counter-terrorism, the President at the end, of the meeting relieved everyone else and asked to speak privately with Comey. The discussion was about Mike Flynn, President Trump’s National Security Advisor who had resigned the previous day for misleading Vice President Pence on his conversations with Russian Ambassador Sergey Lavrov. The President told Comey, “I hope you can see your way clear to let this go, to let Flynn go. He is a good guy. I hope you can let this go.” Comey said he prepared an unclassified report of the conversation and discussed with FBI leadership.

Former FBI Director James Comey was relaxed, composed and did not lose his cool during the course of the hearing answering to the best of his abilities regarding his conversations with the President and the investigation of the Russian affairs during the 2016 election about which he said that the reports of Russian involvement were true beyond doubt but not yet established whether it had affected the result in any way till the time his services were terminated.

Mr. Comey refused to answer or go into detail of many questions from the senators on the pretext that he could not discuss the details in an open setting. After the testimony, House Speaker Paul Ryan said “The president is new at this,” describing the direct communication between Comey and President Trump acknowledging that the President is not fully up to date with the protocols between the DOJ, FBI and the White House. 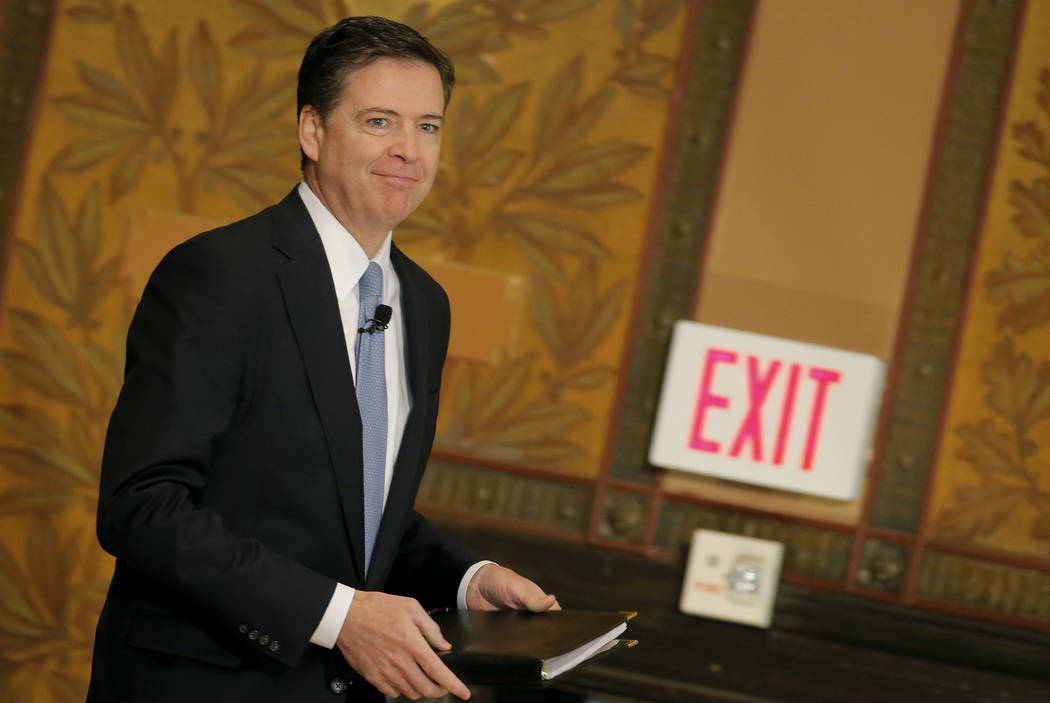 It was also reported a few days ago that President Donald Trump would not assert his executive privilege to prevent Comey from testifying to the committee. A president has the authority to prevent any government official from sharing information. The President unlike his tweet rant before and after former acting Attorney General Sally Yates’ testimony to Senate Judiciary subcommittee did not tweet about Comey’s testimony.

President Trump’s sons Eric Trump and Donald Trump Jr, however, tweeted in defense of their father along with other politicians and celebrities on both sides of the aisle.

9 Reasons Why Indians Are Obsessed With Pakistani Dramas
Man Who Confronted Sheikh Rashid for Owing Money, Turns Out to be a PML-(N) Worker
To Top