Jahangir Tareen Khan holds a prominent position in Pakistan Tehreek-i-Insaaf. While his role in PTI is very crucial, he was recently disqualified by the Supreme Court. The Supreme Court bench found the secretary general of PTI dishonest under the Article 62 of the Constitution and Section 99 of the ROPA, which led to multiple counts against him. Conclusively, Tareen was denied the opportunity to hold office as MNA.

Without the need of colliding with another political party, PTI is currently getting independent candidates on board to fill the seats.  And for this job, Jahangir Tareen Khan is THE man!

As one of the wealthiest leaders of PTI, Tareen surely knows his way around negotiation skills and the man is doing his job pretty well.

Tareen Is Doing All It Takes to Get Independent Candidates And the Internet Is Loving It! 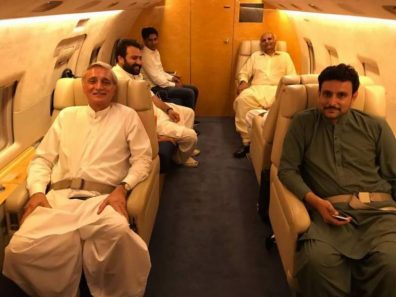 I Mean, Look at This

And They’ve Received their Results As Well

With mew members joining #PTI Alhamdolillah, it now has 132 members in the Punjab Assembly, the highest from any party.
The game is over for PMLN. pic.twitter.com/HVAyIKvnel

And Look at the Response of Pakistanis Over How Tareen Has Managed to Lure Independent Candidates!

I want someone to support me the way Jehangir Tareen supports Imran Khan.

I just want to have as much money as Jehangir Tareen.

I am truly impressed by Jehangir Tareen’s negotiation skills. Man has got some talent.

Jehangir Tareen is to IK
What Mike is to Harvey.#PerfectTeam pic.twitter.com/RYpZUCpBsG

We just keep loving how creative and talented Pakistanis are when it comes making such amazing memes. Jahangir Tareen Khan, you have done the job well for Imran Khan and PTI and these memes are the response of it!