There happens to be one fact common to nearly all celebrities the world over. That is, their progeny is prodigal, especially if we take into consideration their male offsprings. For them to be exceedingly extravagant, the younger generations find all the necessary resources and financial backing at their disposal. The ingredients that drive their lavishness at top gear are deeply rooted within their predecessors’ foundation. The more resourceful a celebrity is, the firmer the ground they are able to serve their children with. Take our famous American turned Pakistani, Shahid Khan, as the test case. A multi-billionaire himself, Shahid enjoys the fatherhood of his billionaire son, Tony Khan. Like father like son! Still, in his mid-thirties, the equally well-off son is famous for his passion in all sorts of American sports. Let’s dive into his super-active lifestyle that others love to follow.

Tony Khan (R) With His Father: The Legacy Keeps On! 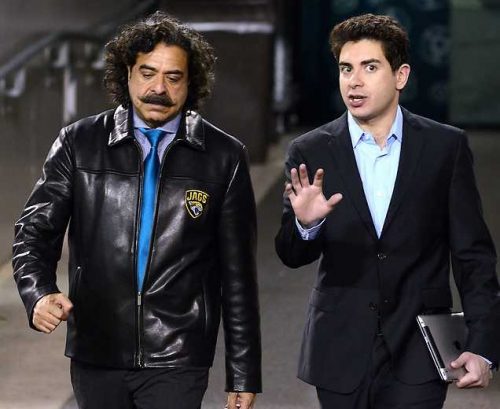 Tony Khan was born on October 10, 1982, in Champaign-Urbana, Illinois. His father, Shahid Khan, is Pakistani-American billionaire and his mother is Ann Carlson Khan. Khan graduated from the College of Business at the University of Illinois in 2007 with a Bachelor of Science degree in finance. Khan graduated from the University of Illinois Laboratory High School in 2001, where his graduating class had the highest ACT average of any class at any school in America. He was also an Illinois State Scholar and a National Merit Semifinalist.

Khan is still a bachelor and divides his time between Jacksonville and London.

One of the names that have fascinated the world of professionals of late is that of Tony Khan. The mystical billionaire, not known well by the wrestling world has seemingly appeared out of nowhere. With his diehard interest in the world of sports, he has hurled himself into the limelight with fame and fortune at his feet. He is a true sports buff, with his close affiliations with football clubs and a wrestling company of his own. He too, like his father, finds himself among the top ranking Forbes 500.

Tony Khan is quite closely associated with the American NFL team, the Jacksonville Jaguars. His father, Shahid Khan, purchased the team from Wayne Weaver for $770 Million. Hence, it is apparent that Khan has interests outside the wrestling world as well. He is a part of the administration there as the Senior Vice President of Football Administration and Technology. Under Tony Khan’s guidance, the Jaguars created a Football Technology and Analytics group in 2012. In addition to being a valued asset to the coaching and scouting departments, the analytics team also explores new technology and its applications within all areas of the Jaguars organization. This includes player development, injury prevention, game analysis, and player evaluation. 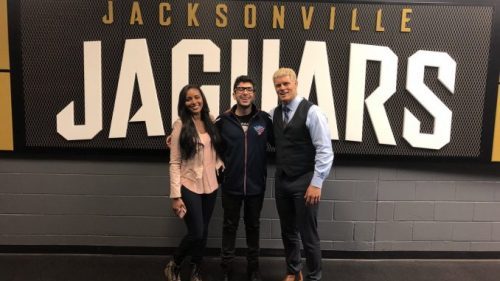 Tony, who is an owner of Fulham Football Club, was named the Fulham’s Vice Chairman and Director of Football Operations on February 23, 2017. In that role, Khan assumed his responsibilities following a period of advising the football operations at Fulham, particularly in the area of analytics and research. Over the past two years at Fulham, Khan played an integral role in the identification, recruitment, and signing of the players.

While continuing to oversee the club’s statistical research department, which he created in 2015, he analyzes football player performance and develops proprietary football performance. He also advises players on how to use their potential to their utmost ability.

One of the most important things that we have to realize about Junior Khan is that he is an out-and-out fan of wrestling. He is also a personal friend of the Young Bucks. Henceforth, it is no wonder that he began his journey in professional wrestling with his love for the world. 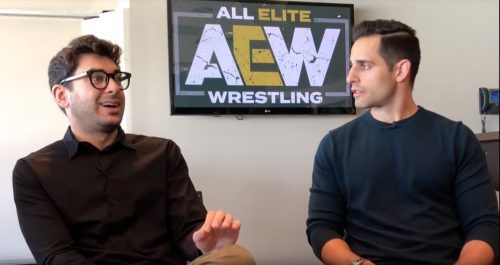 In January 2019, Khan shook the world of sports and entertainment with the announcement of All Elite Wrestling (AEW), promoted as a fresh and dynamic product. Although these reports are yet to be confirmed, it is rumored to a great extent that Tony Khan put $100 Million of his own money into All Elite Wrestling.

AEW features a young and growing roster of male and female talent, all fueled by the mission of building an inclusive community through the power of wrestling. AEW’s first event, Double or Nothing, sold out within minutes and enjoyed a spectacular debut in Las Vegas.  It helps to build a loyal and passionate following that continues to build rapidly, both nationally and globally.

Tony may have other commitments outside the world of sports as well, but that won’t intervene with his commitment to All Elite Wrestling. With that in mind, his love for the wrestling might be reason enough to be hyped about the future of AEW. Junior Khan serves as the lead executive figure for the newly founded wrestling promotion. He draws from his immense experience in management as a business executive of sports franchises.

Khan also is the owner and Chairman of TruMedia Networks, a Boston-based engineering firm. It specializes in sports analytics solutions for leagues, franchises, and media partners across the sports industry. Khan acquired TruMedia Networks in 2015, and under his ownership, the company has expanded its sports analytics engineering services. Its clients include ESPN, the NFL, Zebra, and around 60% of all Major League Baseball clubs.

Meet Zahir Shah – A 1122 Rescue Swimmer From KPK Who Missed His Sister’s ‘Janaza’ To Search For 3 Drowned Sisters!
This Pakistani Meme Legend Was Found In Pak VS Aus Match And The Internet Is In Love With Him!
To Top