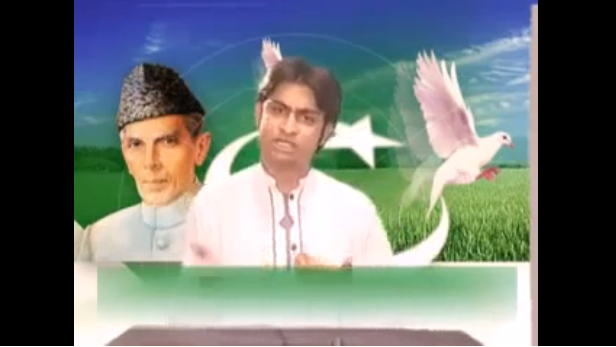 India and Pakistan have hardly shared cordial relationship with each other. The rivalry between the two countries was given birth by the extensive communal viciousness and clashes that denoted the Partition of British India into India and Pakistan in 1947 and the consequent Kashmir clash, laid the foundation to current tension between the two countries.

Every Indian and Pakistani on an individual level try to defend their nation and whenever any person from India or Pakistan says anything against their country, they never fail to respond to them. This video is also based on such an incident.

In this video, an Indian extremist is shown saying a lot of negative things about Pakistan and Muslims and is labeling them being a terrorist nation. She also accuses Pakistan to be a weak country. However, a young Pakistani decided to respond to her to defend the pride of his country Pakistan and his religion, Islam. He has made it clear that Pakistanis cannot tolerate any accusations on their homeland and will defend it to death. Watch this amazing video to see how amazingly this young Pakistani defends Pakistan. The intensity of his passion and the love for Pakistan can be evidently seen in this video.

The remake of Arth: Shaan and Mahesh Bhatt to set the magic in pair!
What Really Happened When Imran Khan’s sons Joined PTI Dharna!
To Top