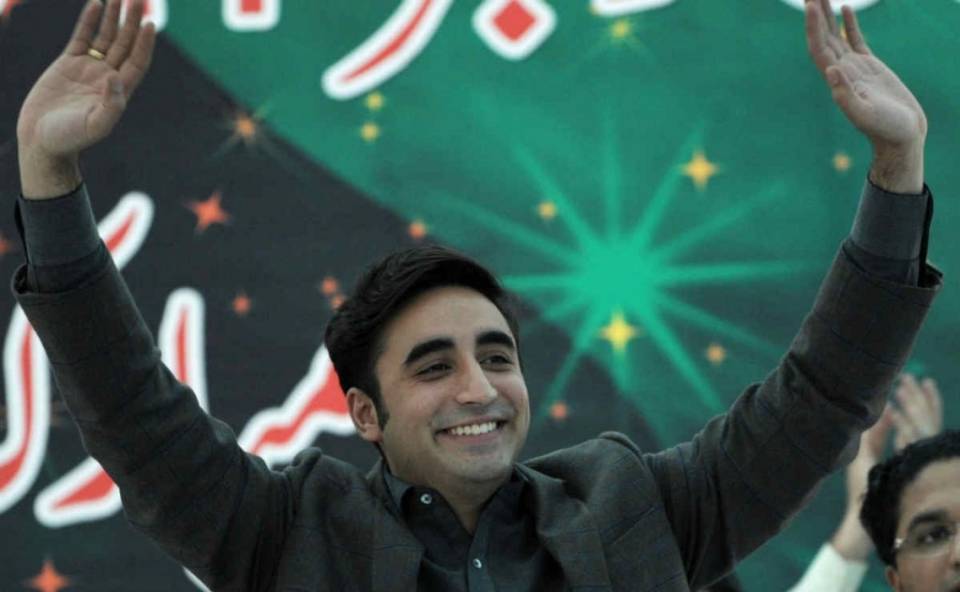 The chief and chairperson of Pakistan People’s Party, Bilawal Bhutto Zardari is all set to announce himself in the political arena, in a big way by holding his first public rally in Karachi, Saturday 18th of October. Massive turn out is expected and security arrangements have been made accordingly.  If things go as planned, it can turn out to be one of the most successful major political events in Pakistan.

Being the largest metropolitan city of Pakistan, mothering millions of people, Karachi has always been the favorite target of all political parties. Success in any political event in Karachi pretty much determines the fate of any political party in Pakistan.

The rally is scheduled to be held on October 18, the day Bilawal Bhutto Zardari‘s mother and slain ex prime minister of Pakistan, Benazir Bhutto came back to Pakistan in 2007, after facing eight years of exile and was attacked in twin blasts at Shahrah-e-Faisal.

Militant groups rook the responsibility of the attacks on Benazir Bhutto’s rally, killing around 140 attendees and injuring over 400 others.

The political analysts are of the opinion that Bilawal Bhutto Zardari has made a calculated decision and it is a smart move to hold the rally on October 18 to begin his political career.  This way he will be able to make a huge entry in the world of politics by presenting himself as the true heir to the political dynasty of Zulfiqar Ali Bhutto.

Strict security measures have been taken to ensure safety and all the security arrangements have been made for the first public rally of Bilawal Bhutto Zardari – the 26 year old chairperson of Pakistan People’s Party (PPP).

Pakistan People’s Party (PPP) is said to be the ruling political party in the Southern side of the Sindh province. It is very optimistic about a massive turnout for the rally which is supposed to be held at Bagh e Jinnah, a public park adjacent to Quaid e Azam, Muhammad Ali Jinnah’s mausoleum. 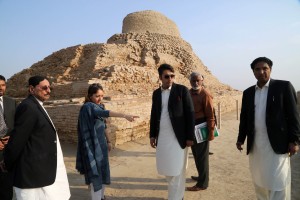 As per the recent reports, the seating arrangements have been made for around 150,000 people.

Sherjil Memon further added: “About 20,000 vehicles will come from interior parts of Sindh and Pakistan People’s Party supporters are also reaching Karachi by trains from different parts of the country, for the rally.”

As per the officials of Pakistan Railways, the first train transporting the people who are willing to attend the Bilawal Bhutto Zardari (Pakistan People’s Party)’s first public rally will leave for Karachi from Lahore at 2 pm on Friday.

The dominant and the most prominent political party in Karachi is Muttahida Qaumi Movement (MQM) which has been representing the Urdu speaking Pakistanis for years now. Many other political parties arranged rallies, and public meetings in Karachi, but none of them were half as crowded as MQM’s. Therefore, this rally is of immense significance for Pakistan People’s Party. This might be their chance to break the monopoly of MQM.

In the month of September, Imran Khan, the leader of Pakistan Tehreek-e-Insaaf also held a rally at the very same venue, Bagh-e-Jinnah. He managed to attract a very big crowd in Karachi.

The letter by the militant group did not specify any time, date, place or the method of the attack.

For providing additional security to Bilawal Bhutto Zardari, detectives were sent to the Pakistan Rangers Headquarters and to the office of the Inspector General of Sindh Police, by the Sindh government.

Keeping in mind the death threats which Bilawal Bhutto Zardari received, tight security measures have been taken and the security arrangements have been completed. Starting today, the roads and even the by lanes which lead to the Bagh-e-Jinnah have been closed with containers.

One of the government officials informed the media that about 3000 policemen and paramilitary rangers have been appointed as part of the security plan for the rally to assure fool proof security.

Bilawal Bhutto Zardari, is fully utilizing the social media platform to promote and inform the masses about his rally. He also visited Baagh e Jinnah, the rally site, along with other leaders (including Sherjil Memon and Qadir Patel) of the party to review the arrangements made. State of the art modern control room has been established at the venue. This ultra mordern control room will be used to trace and monitor all the cameras located at the rally.

Bilawal Bhutto Zardari examined the site and was briefed on security arrangements which have been put in place for his first public rally which Pakistan People’s Party’s leaders have stated ‘will be the largest political gathering’ in the history of Pakistan.

Defeat against Australia is not the defeat in World Cup 2015! Pakistan still the big favorites, are they yours too?
Imran ko chora, toh mulk nay tumhein chor diya. The lonely Javed Hashmi!
To Top