Israel talked of “history” and Palestinians of “betrayal” after Thursday’s surprise announcement of a deal to normalize relations between the Jewish state and the United Arab Emirates. In a nationwide televised address, Prime Minister of Israel Benjamin Netanyahu said the historic deal would lead to “full and formal peace” with the Gulf Arab state that is UAE.

“It’s an incomparably exciting moment, a historic moment for peace in the Middle East,” Netanyahu said.

Meanwhile, Palestinian President Mahmoud Abbas has condemned Israel and UAE historic deal. Moreover, he has instructed the Palestinian ambassador to the UAE to return immediately.

“The Palestinian leadership rejects and denounces the UAE, Israeli and US trilateral, surprising, announcement,” said Abbas’s spokesperson said in the occupied West Bank.

In addition, Abbas’s statement said the leadership regarded the UAE’s move as “a betrayal”. 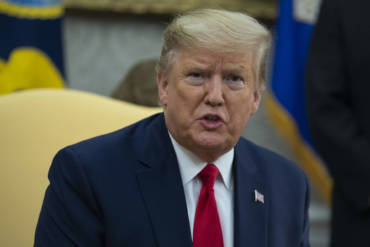 It urged the Arab League and the Organisation of Islamic Cooperation to assemble to “reject” the deal. It added, “neither the UAE nor any other party has the right to speak in the name of the Palestinian people.”

Meanwhile, Netanyahu also promised to apply Israeli supremacy to areas in the territory, which Palestinians seek for a future state. But he made clear he first needed a green light from Washington.

Pakistanis and Muslims across the world have rejected the deal that comprises Palestine, its people, and the future of Palestine cause. They are showing their anger through social media for the world to know.

Pakistani passport is one of the weakest passport. Arab nations has powerful passports. But today I am feeling proud to have this passport. Dear Arabs we believe in a ideology and we will never recognize this bloody nation. Go to hell you Arabs. Shame on you. #Palestinewillbefree pic.twitter.com/nWO66tQxNu

Dear Arabs, do you not see that Israel is oppressing the innocent Palestinian people? Pakistan will never recognize Israel.
Pakistan Zindabad pic.twitter.com/z7UJbcUJgE

Turkey says history will not forgive UAE for Israel deal

Turkey said on Friday that history will not forget and never forgive the “hypocritical behavior” of the United Arab Emirates in agreeing a deal with Israel.

The Foreign Ministry said the Palestinian people and administration were right to react strongly against the agreement. The deal recasts the order of Middle East politics from the Palestinian issue to the fight against Iran.

Meanwhile, Pakistan is yet to issue a statement over the matter.