Currently, analyzing the widespread chaos and gradual changes in world demographics, it seems like the end is finally near. Apparently, since the coronavirus outbreak, several controversies started revolving creating havoc among the masses. However, currently, Israel seems to be terrified after an Egyptian TV series started making rounds on social media.

Undoubtedly, in the last few years, the entertainment pattern of the world has shifted from lengthy movies to episode wise shows. And certainly, amidst the ongoing lockdown, Netflix has turned out to be the ultimate savior of the bored humans. Similarly, recently, an Egyptian show is facing criticism and is being condemned by Israel for predicting its chaotic future.

Check out the trailer of the Egyptian drama

As per the details, the released drama has shown that Israel and the United States (US) are leading towards destruction. Called ”Al-Nehaya” which means ”The End” in Arabic is set in the year 2120 and what it will be like. Primarily, based on the life of a computer engineer, the drama revolves around the era of sheer technological advancements.

Soon after the trailer of the Egyptian drama went viral, Israel’s foreign ministry instantly condemned it. Furthermore, a statement was also issued saying, ”The series is completely unacceptable especially because the two states (Egypt & Israel) have had a peace treaty for the past 41 years.”

The response of the scriptwriter

Well, the initial scenes of the series are said to revolve around the topic ‘the war to liberate Jerusalem’ which dates back to 1948. Later, the scriptwriter of the drama Amr Samir Atef responded to the claims made by Israel’s foreign ministry. He stated, ”We present meaningful entertainment through this science fiction series. That’s why all the possibilities were on the table.” 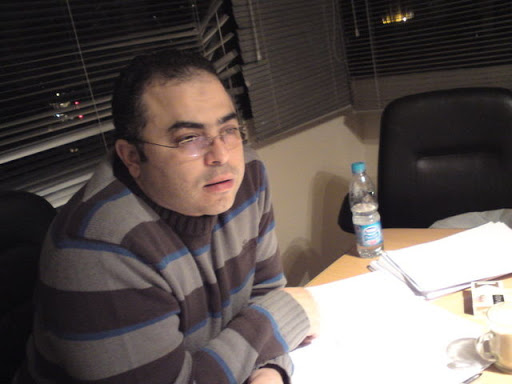 ”All the possibilities were considered but the Israeli reaction, which I do not care about at all, was not”, he concluded. Details also reveal that the series was produced by one of the largest production units in Egypt, Synergy. It was aired locally on a television channel called ‘ON’ after getting clearance by Egyuptian’s censor board.

Back in 1979, a peace treaty was signed between Egypt and Israel making Egypt the first Arab country to do so. After the current Egyptian President Abdel Fattah Al-Sisi took over in 2013, relations between Cairo and Tel Aviv began to flourish. Both the capital cities are reportedly working on strategic alliances for future securities.

Khalil Ur Rehman Comes To Support Maulana Tariq Jameel After Apology Episodes
The Real Mount Of Moses Is Located In Saudi Arabia, Research Reveals
To Top