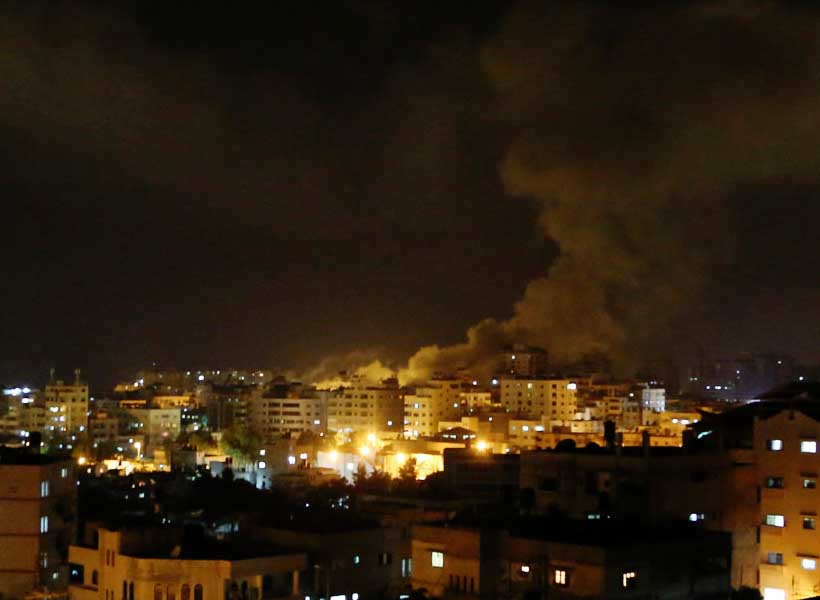 GAZA CITY: Israeli air strikes on the Gaza Strip killed 20 people on Thursday including four women and four children, medics said, on the third day of a widening military operation.

The deaths bring to 70 the number of Palestinians killed since Israel on Tuesday launched Operation Protective Edge to halt rocket fire from the besieged territory.

Israelâ€™s army said it carried out raids during the night against more than 300 Hamas targets, claiming to have hit the militant group a total of 750 times since the operation began.

A second attack blasted a home in Nusseirat refugee camp in central Gaza, killing one person and wounding several others, Qudra said.

After dawn, a car was hit in western Gaza City, killing three people and wounding four others.

Throughout the night explosions were heard across the Palestinian territory after Israeli Prime Minister Benjamin Netanyahu warned of even tougher action to come.

The military operation is Israelâ€™s largest against Gaza since 2012.

On Wednesday, 29 Palestinians were killed, and Tuesdayâ€™s toll stood at 21, bringing the total number of dead to 70.

The dead include at least 11 women and 18 children, according to an AFP count based on medical reports.

There have been no Israeli deaths so far, but Hamas showed its firepower as it launched waves of rockets across Israel that triggered sirens in cities as far from Gaza as Tel Aviv, Jerusalem, and Haifa.