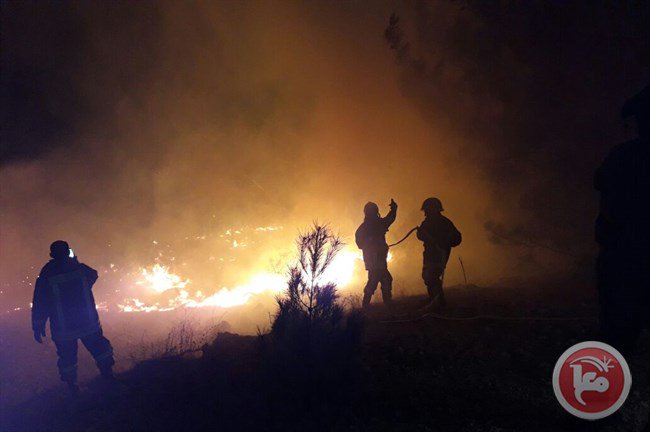 In a surprising move, Palestine authority has offered to help Israeli government in countering the blaze that has engulfed the region.

Israel has accepted the offer and a senior official says that a government coordinator in the territories is overseeing the cooperation between Palestinian and Israeli firefighting teams.

Thinking of all those who are threatened by raging fires in Palestine/Israel. Hoping it can be controlled and extinguished soon.

Palestinian Authorities had offered Israeli government four firefighting teams after massive fires engulfed several parts of the country. More than 130 people are believed to have been injured in the blazes, mostly due to smoke inhalation. None of those injured have been reported to have life-threatening injuries.

Turkey, Russia, Greece, Italy, Croatia and other countries are supporting Israel to counter the blazes. Furthermore, United States has sent a huge supertanker airplane to help the country extinguish the raging flames.

The news of fires came to the media limelight after Israeli government banned the Muslim call to prayers (Azaan) in its territory, an act condemned by many around the world. This is in addition to countless attacks by Israeli forces on Palestinian civilians.

It has been six days since the fires erupted and Israeli leadership has been repeatedly appealing for more international help to control them.

Instagram is sending Notifications when you take Screenshots and People are freaking out!
Arshad “Chaiwala” Khan Reaches Another Modeling Milestone!
To Top