Women are becoming empowered around the globe day by day. Yet we still see the difficulty that a woman might go through on a daily basis. From fulfilling the responsibilities of a daughter to a mother, sister, and even a wife; yet the problems and issues with the role of women in a patriarchal society keep spiraling out of control.

No need of first wife’s approval for second marriage

The society of Pakistan is bonded with century-old norms that are defined by patriarchy. However, what makes life even more suffocating for women is how they’re right to live happily is challenged every day. A similar situation took place today; as the Islamic Council in Pakistan announces that there is going to be no need for approval from the first wife; in case the man wishes to marry another. 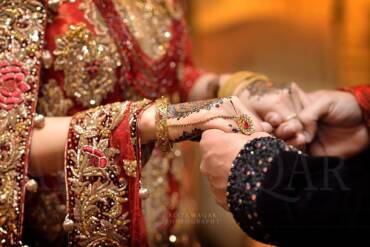 Not only does it sound wrong! But it also deprives women of the right on their husbands, a relationship that is beautiful and loved by ALLAH.

The news of this amendment to the rule isn’t being treated quite well. In fact, the Netizens and Twitterati are discouraging the practice but then again there are many who are rejoicing at the moment, which makes us wonder; where are they when issues like child marriage or rape are being discussed.

Any man feeling happy about it should consider the same for their daughter too.

In addition, some are speaking ill and disregard this amendment, which makes us take a deep sigh of relief; But at the same time, we also get to see this:

It won’t be long when we might see petitions being signed regarding the matter. However, one thing that we do find amazing is how many people have finally realized that the need for the first wife’s approval is of great importance.

It also saddens us to see that there are many people who are agreeing with this notion. It makes us realize that despite all efforts and hardships women face, nothing is ever going to be enough.

Patriarchy goes way back in the society of Pakistan, and it will take probably centuries more to get rid of it. Hence, it also makes us think, perhaps the dilemma around the role of women after marriage might improve in a while.

The rights of women are like a vague area for many people in Pakistan. Let us hope that Pakistan is capable of overcoming these past years of flaws and give women the position they deserve.