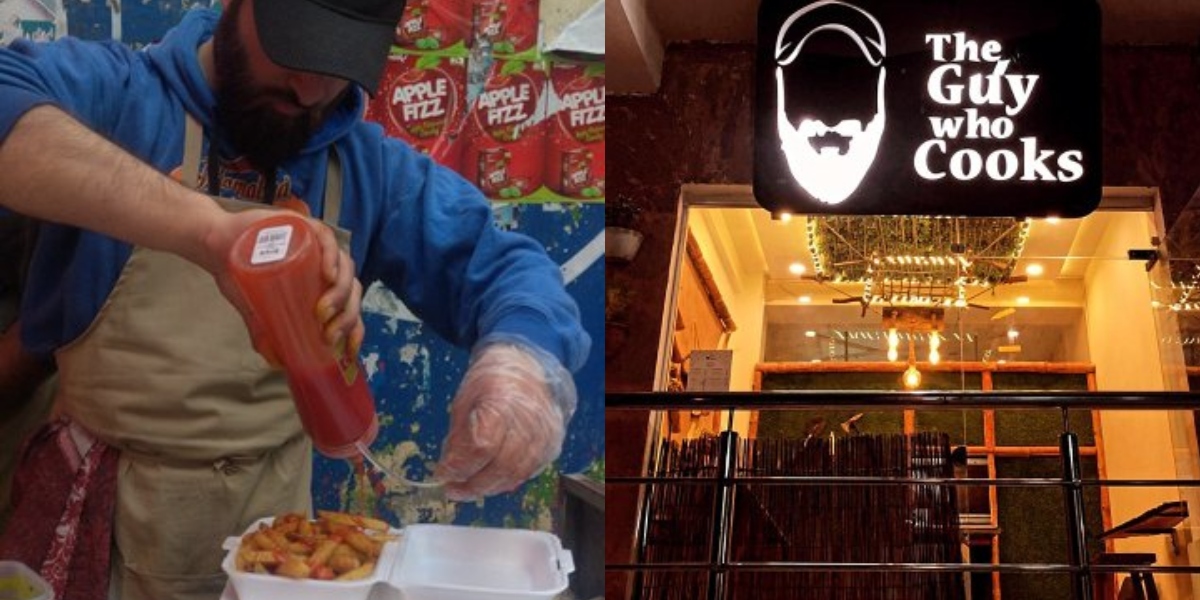 Ahsan Irshad, a cook from Islamabad has shared how he went from being a humble road-side vendor to opening his own café. He has also been applauded by social media users across Pakistan for this achievement. This man’s food journey from a small stall to a huge cafe in Islamabad is a motivation guide for people who cook great food.

Irshad, 26, quit his job in 2019. He was working as a software expert dealing in information security and graphic designing. However, he was not satisfied with his profession. As a result, he wanted to pursue his passion for cooking fulltime.

He recently provided a glimpse of his motivational journey in a series of tweets. On his Twitter account, Irshad describes himself as “a computer science guy who loves to cook.”

Irshad provided a picture of his newly opened cafe in Islamabad by the name of “The Guy who Cooks”. He described his humble beginnings. He shared pictures of his small food stall from where he started his journey.

Irshad said that what the viewers are watching did not happen in a single night. It is the result of relentless hard work and sincere efforts.

According to Irshad, there was no shop, just one tarpaulin [sheet] on top, table and grill. His post was accompanied with him standing at his food stall serving dishes.

Irshad said he was not sharing this story and pictures to get fame. Rather, to motivate all those that are struggling with their goals and passion.

He said that for the love of passion, you have to do anything. One should never be afraid of doing anything to achieve their passion. It is important to pursue your passion even if it needed to start from scratch.

Irshad made a strong emphasis on working hard and staying positive. He said that these traits were essential for success.

Irshad is a food enthusiast. He loves to experiment with different recipes and is currently developing different recipes for his café. Irshad has combined his love for food and trekking. He is the man who made his food journey amazing and now opens a cafe after the success of a small stall in Islamabad.

In many of his social media posts, he is often seen cooking outdoors. Irshad has thousands of followers on his Instagram account.

Irshad also has a YouTube channel. He regularly posts cooking and trekking videos on his channel. The channel is by the name of “The guy who cooks”.

Irshad is not the only Pakistani who has pursued this path of pursuing their skill and open up a cafe. Arshad Khan, who was famous for the viral handsome chai wala post, has also recently opened a modern style tea cafe in Islamabad.

Khan has now opened his own chai cafe. He said, “Some people suggested me to name my cafe ‘Arshad Khan’. They asked why I named it Chai Wala, and said that I should remove it.”

Enough Is Enough! Pakistani Girl Bullied Since Childhood Makes A Platform To Raise Voice Against It
DHO Shikarpur Gets Called Out On Social Media For Making A Woman ‘Uncomfortable’
To Top