On October the 17th, an unfortunate incident took place at the Islamabad International Airport. The ASF (Airport Security Force) got into a fight with the passengers of a delayed flight. Sources say that the security officials aggravated the situation leading to a massive brawl.

Moreover, the video shot over the phone showed men in uniforms spiting and hitting the passengers. The video quickly gained the attention of the online community and they raised their voices against the sheer unprofessionalism and thuggery of the ASF.

However, Prime Minister Imran Khan didn’t let this go by and took strict action against the security staff including the managers of the airport, under proper rules.

The Aviation Division issued a notification on Wednesday informing the suspension of the officers in question, the airport manager, station manager of PIA Islamabad Pervez Naseer including his entire team and the duty terminal managers of IIAP. Moreover, Imran has ordered disciplinary actions against them, as well. 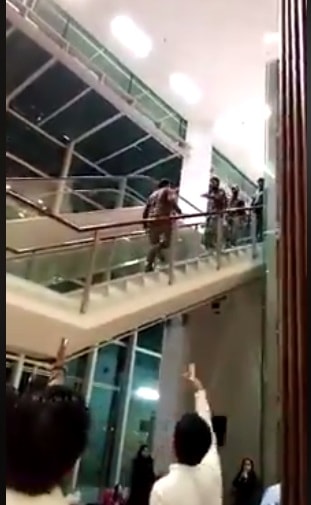 Federal Minister for Aviation Ghulam Sarwar also ordered an inquiry to be conducted into the alleged manhandling of passengers. In addition to this, Brigadier Irfan Zafar is heading the board of inquiry and director Airport Security Force has been directed to initiate the legal proceedings under the Pakistan Army Act 1952 against the concerned officials of ASF. Also, the proceeding is to complete within 10 days.

It all started when the Pakistan International Airlines flight took off from Riyadh Saudi Arabia and was scheduled to land in Peshawar had to take a detour to Islamabad airport because of bad weather. Unfortunately, the passengers were left stranded for 8 long hours that led to their protest. Moreover, some sources say the passengers were not even provided with drinking water during their stay at the airport.

However, the situation went from bad to worse when the security staff tried to stop the passengers from leaving the premises. Since some of the people wanted to reach their destination by road. The rest can be seen in the video; how the security official spits and hurls a chair at the passengers. However, some sources say that it was first thrown at the officer by one of the people. Either way, the situation wasn’t handled properly by the ones responsible. Their unprofessionalism and haughtiness didn’t work well with the already distraught passengers waiting for long hours in a cold-lounge. 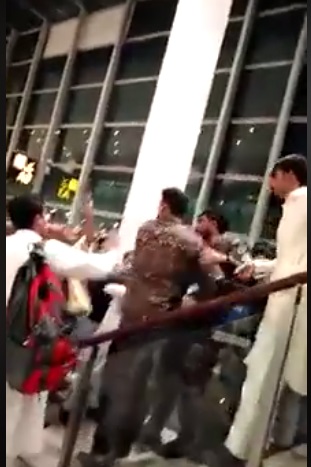 It’s great to see swift-accountability creating an example of the zero-tolerance policy that should be exercised in all organizations. On a lighter note, the new Islamabad Airport definitely gave hunted vibes to many. Coming back to the case at hand, Prime Minister made a great call on suspending everyone responsible and not just the security staff involved in the brawl.

What are your thoughts over swift-justice? Let us know in the comment section below!

Tezgam Express Was Engulfed In Fire After A Gas Cylinder Exploded!
Climate Change And The Horrendous Curse Of Poverty
To Top