Islam To Become The World's Most Popular and Followed Religion by 2070!

Islam, at this point in time, is one of the world’s most popular religions and according to research and survey reports, our religion is expected to become THE most popular and followed religion in the next 53 years. According to the research conducted by Washington DC-based firm Pew Research Center (PRC), Islam will overcome Christianity to become the most popular religion in the world by 2070 and furthermore; their research also predicts that Europe and the United States of America (USA) will constitute ‘more’ Muslims in next 53 years.

The research further reveals that the followers of religion Islam, pre-dominantly known as Muslims, are the fastest-growing religious group in the world and almost seven years ago in 2010, there were over 1.6billion in the world – about 23 per cent of the global population and since then, the figures are increasing progressively. 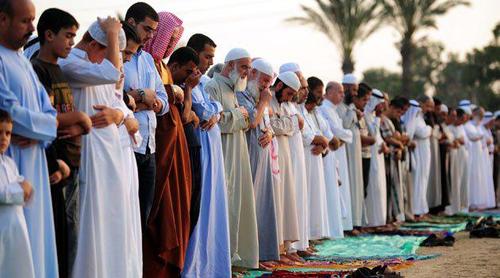 And as far as Christianity is concerned, there are over 2.2 billion Christians living on this planet making up to 31 percent of the population, but this PRC research about Islam predicts that Islam will surpass Christianity to become the most followed, believed and practiced religion in the world – in next 50 to 53 years by 2070.

Also, the research concludes that the reason why Islam is progressing and expanding significantly is the fact that Muslims are having more children than any other of the religion followers. On average, a Muslim woman has 3 children whereas a woman following other different faiths/religions have 2 children approximate – so this is yet another factor of why Muslims population is increasing significantly.