Islam Has To Say About The Men Who Abuse And Beat Their Wives! 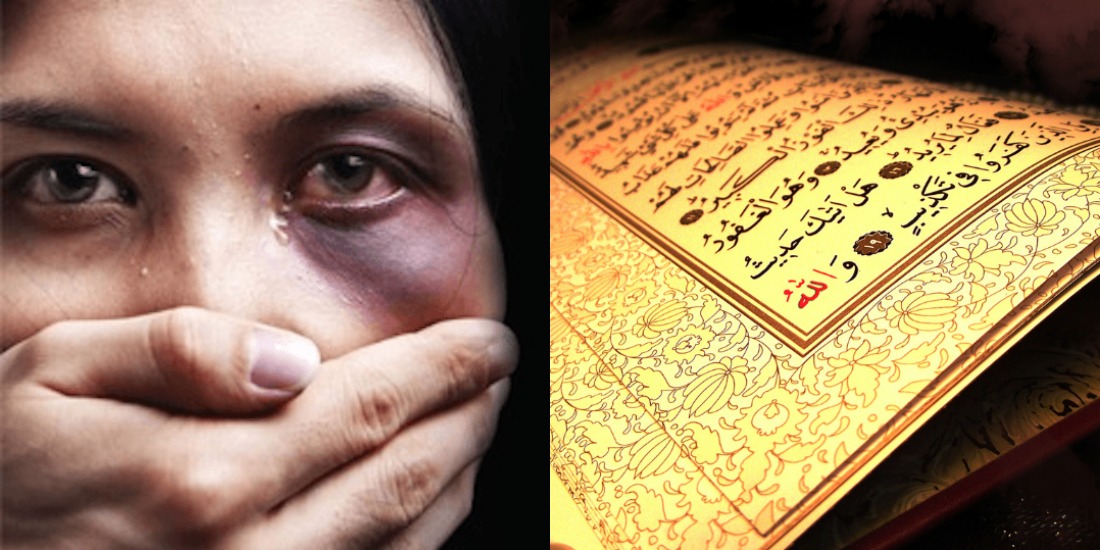 When you consider Islam as a perfect religion and vouch for everything it teaches, you dare implement your own theories to justify your actions. Domestic violence against a spouse is very common all around the world. However, if you’re a Muslim, you must follow what the Holy Quran teaches you about treating your partner, especially your wife.

The ratio of domestic abuse against wives in Muslim countries has increased over the years. Nearly 90% of Afghan women suffer from domestic abuse, according to the United Nations Development Fund for Women. Statistics in Iran show that 66% of Iranian women, at the beginning of the marriage have been at least physically abused once. 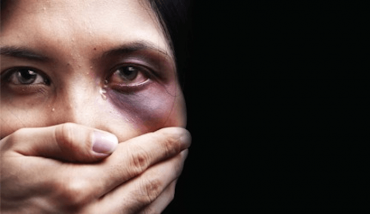 Almost 91% of university students polled by the Jordanian Human Right Center approve of wife beating. A study published in June 2006 in the Journal of the Pakistan Medical Association, based on interviews with 300 women admitted to hospital for childbirth, said 80 percent reported being subjected to some kind of abuse within marriage. The number of incidents of violence against women increased by 13% in 2009, says a report by the Aurat Foundation

What Islam says about husbands beating their wives 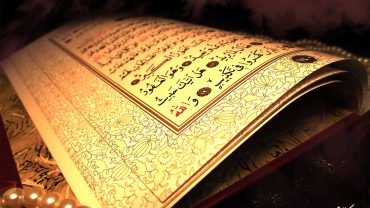 According to Islam, does the religion permit men to beat their wives? If you had to reply to that question in one word, the answer would be NO! Here are the references that back this claim.

“Men are in charge of women by [right of] what Allah has given one over the other and what they spend [for maintenance] from their wealth. So righteous women are devoutly obedient, guarding in [the husband’s] absence what Allah would have them, guard. But those [wives] from whom you fear arrogance – [first] advise them; [then if they persist], forsake them in bed; and [finally], idribuhunna. But if they obey you [once more], seek no means against them. Indeed, Allah is ever Exalted and Grand.”– Quran, Surat-An-Nisaa, 4:34

Allah Almighty on this issue says (30:21), “Among His signs is that He created for you spouses from among yourselves, in order to have tranquility and contentment with each other. He places in your heart love and care towards your spouses. In this, there are signs for people who think.” 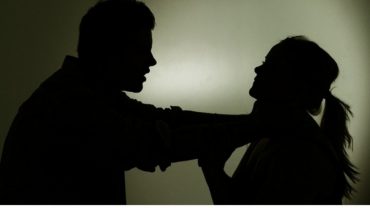 Narrated Mu’awiyah al-Qushayri: “I went to the Apostle of Allah (peace_be_upon_him) and asked him: What do you say (command) about our wives? He replied: Give them food what you have for yourself, and clothe them by which you clothe yourself, and do not beat them, and do not revile them.” (Sunan Abu-Dawud, Book 11, Marriage (Kitab Al-Nikah), Number 2139)

Narrated Mu’awiyah ibn Haydah: “I said: Apostle of Allah, how should we approach our wives and how should we leave them? He replied: Approach your tilth when or how you will, give her (your wife) food when you take food, clothe when you clothe yourself, do not revile her face, and do not beat her.” (Sunan Abu-Dawud, Book 11, Marriage (Kitab Al-Nikah), Number 2138)

Abu Huraira (Allah be pleased with him) reported Allah’s Apostle (may peace be upon him) as saying: “He who believes in Allah and the Hereafter if he witnesses any matter he should talk in good terms about it or keep quiet. Act kindly towards women for women is created from a rib, and the most crooked part of the rib is its top. If you attempt to straighten it, you will break it, and if you leave it, its crookedness will remain there. So act kindly towards women.” (Translation of Sahih Muslim, The Book of Marriage (Kitab Al-Nikah), Book 008, Number 3468)

“O ye who believe! Ye are forbidden to inherit women against their will. Nor should ye treat them with harshness, that ye may take away part of the dower [money given by the husband to the wife for the marriage contract] ye have given them, except where they have been guilty of open lewdness; on the contrary live with them on a footing of kindness and equity. If ye take a dislike to them it may be that ye dislike a thing, and God brings about through it a great deal of good.” (Holy Quran, 4:19) 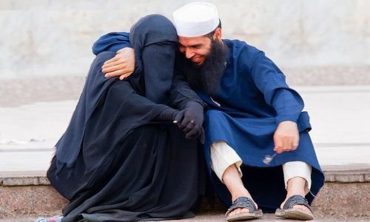 “And among God’s signs is this: He created for you mates from amongst yourselves (males as mates for females and vice versa) that you might find tranquillity and peace in them. And he has put love and kindness among you. Herein surely are signs for those who reflect.” (Holy Quran 30:21)

“Women impure for men impure. And women of purity for men of purity. These are not affected by what people say. For them is forgiveness and an honorable provision.” (The Noble Quran 24:26)

Apart from all the legit references stated above on how Islam does not allow men to beat their wives and despises it, domestic violence still holds the highest percentage in Muslim countries. It is for men to understand that when a woman leaves her family and her house behind after her marriage, her only reliance and comforts are with her husband, and if he too treats her roughly, her life pretty much falls apart.

Our Prophet Muhammad (PBUH) taught us that the best among us is he who is good to his wife. It is for us to uphold the decorum of this statement and treat our better halves as our family, given them respect, love, and adoration, for life is short and this is what our religion teaches us.

These Two Bros Went On A ‘Homiemoon’ As All Of Their Friends Were Getting Married!
This Pakistani Guy Missed His Wife So Much He Had The Plane Landed As Soon As It Took Off!
To Top