“To mankind has been made to seem decorous the love of (worldly) desires, including women and children.” – (Quran – 3:14)

When it comes to discussions regarding the matters that revolve around intercourse, for Muslims, it is a subject which is frowned upon due to the cultural aspects. On the other hand, Islam also instructs the followers and the preachers to keep the discussions regarding sex private as it is indeed regarded as a private matter between the two. 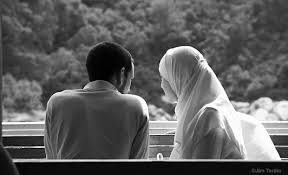 This stresses how the husband and wife must properly discuss their sex life with another as highlighted in numerous hadiths from the Prophet Muhammad SAWW as well.

On another occasion, Abu Dharr reported that Prophet SAWW said, “In the sexual intercourse of any one of you there is a reward.” They said, “O Messengerr of Allah, when any one of us fulfills his desire, will he have a reward for that?” He replied, “Do you not see that if he were to do it in a haraam manner, he would be punished for that? So if he does it in a halaal manner, he will be rewarded.” – Narrated by Muslim, 720

The Prophet Muhammad SAWW regarded sex as a charity while talking to a companion:

Among the busy routine of the life, don’t forget to engage with your husband and wife in this act of love, passion, and kindness, for it has been regarded well by the Prophet SAWW of Allah!

8 Things Every Alpha Woman in Pakistan Wants You To Know
PSL Season 3 livestream crosses 8.2 million views in 15 matches
To Top