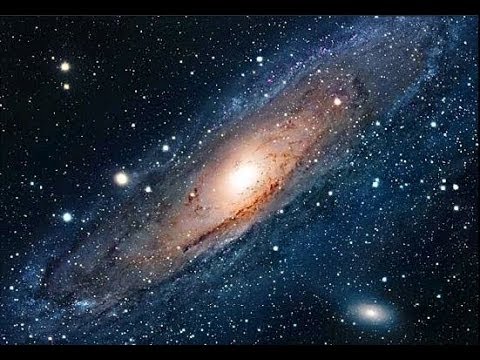 Islam, the most perfectly knit religion in the world, tells us that Allah Almighty is both our Creator and the Evolver of all that exists in the Universe. Islam openly rejects the theory of evolution and we know that Allah did  not evolve us from monkeys or other creatures, neither was there ever a Big Bang Theory which leads to our being.

What exactly is the Big Bang Theory? 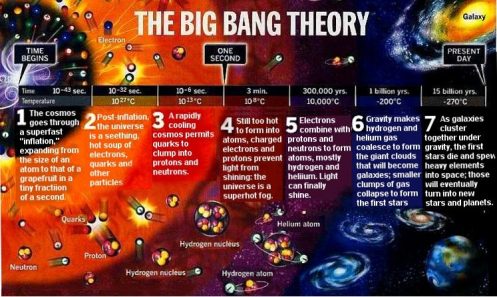 One of the most popular theories in the world, regarding how we came to be, is the Big Bang Theory. This theory tries to explain the evolutionary manner that brought upon our existence. What was initially a loud explosion of gasses and solid mass, lead the creation of this world. Some say there was a void at first, which means there was absolute nothingness, and with the Big Bang, things started evolving slowly.

However, there has never been an evidence for the ‘something out of nothing’ idea. To counter this sci-fi episode, let us try to understand the idea of creation from a logical point of view, without religious hype or agenda.

“A salvage yard on the south side of town blows up and all the metal pieces fly into the air and fall back down in one place forming a brand new Chevrolet Caprice automobile.. with no left over parts.. and the motor is running..”

What if a carpenter tells you, this is the theory of chairs were made

What about the medicine theory? What if a scientist who studies medicine says

“A gas leak in a pharmacy warehouse causes a terrific explosion. All the different chemicals and substances just smash into each other in exactly the correct amounts to produce a miracle drug which cures everything form cancer to heart and liver disease, old age and warts?…”

“You’re at the restaurant hoping for a sandwich but you don’t see anyone.. all of a sudden there is a huge blast in the kitchen and your sandwich is sitting there, ready and prepped. It makes its way to your table itself and asks you to eat it..”

Now, the most important question of all is, are you going to accept any of this as FACT? Or consider it false and illogical?

You can’t in your senses believe that a new car is made from levitating junk; chairs aren’t made from trees that exploded in a forest and surely, sandwiches don’t fall into place with huge blasts in the kitchen.

So how come we aren’t challenging these baseless theories of something from nothing, colliding in the cosmos and creating a new universe? Is it because of the size of the universe that our knowledge limits itself and begs us to believe in whatever theory peeping Toms come up with saying they derived it from nothingness? Without proof, the Big Bang Theory can easily be denounced.

The Holy Quran: on the theory of creation of the Universe

The Holy Quran says: “And the heaven We created with might, and indeed We are (its) expander.”

“Is not He who created the heavens and the earth Able to create the likes of them?  Yes; and He is the Knowing Creator. His command is only when He intends a thing that He says to it, ‘Be,’ and it is.” (Quran 36:81-82)

“Have those who disbelieved not considered that the heavens and the earth were a joined entity, then We separated them, and made from water every living thing?  Then will they not believe?” (Quran 21:30)