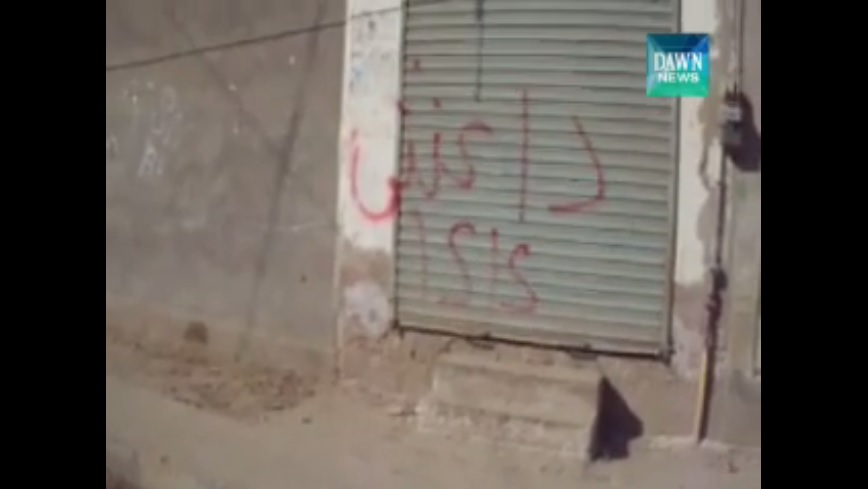 On Friday, wall-chalking mentioning the name of a militant group ‘Islamic State’ (IS) appeared in Larkana.

Ahead of Benazir Bhutto’s death anniversary, the wall chalking appeared in a youth hostel which is located in Sachal Colony.

The locals in the area voiced their concerns over the emergence of wall-chalking, after which the police started an investigation.

A grenade attack happened a day earlier resulting in the injury of a soldier. Rumors suggest that IS was involved in the attack.

The wall chalking in the favor of ISIS/ IS has appeared at a very crucial time. People from all over the country are reaching Larkana in large numbers to observe Benazir Bhutto’s death anniversary. Benazir Bhutto was the former chairman of Pakistan People’s Party (PPP) and she also served as the Prime Minister of Pakistan. She was assassinated in 2007, allegedly by a militant group.

8 Reasons Why Bilawal Can Never Become Benazir Bhutto
How Facebook’s “Year in Review” Post Hurt The Person Who Lost Her 6 -Year Old Daughter Last Year. This is What The Person Had To Say About It!
To Top