ISIS Threatens Barack Obama: 'We Will Cut Off Your Head In The White House' - Parhlo 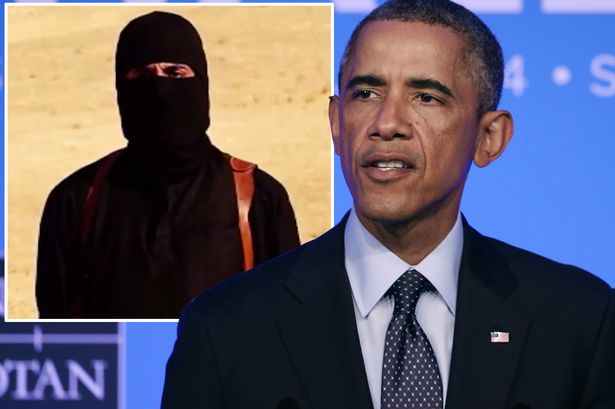 In a video released on January 26, ISIS terrorists have threatened to behead the President of the United States, Barack Obama in the White House.

The video features ISIS members standing in the streets of the second largest city of Iraq, Mosul. A Kurdish soldier is seated in front of the militants. The ISIS militants kill him at the end of the blood curdling video.

In the video, before the execution of the Kurdish soldier, the ISIS executioner delivered a message in Kurdish language which was subtitled into Arabic. 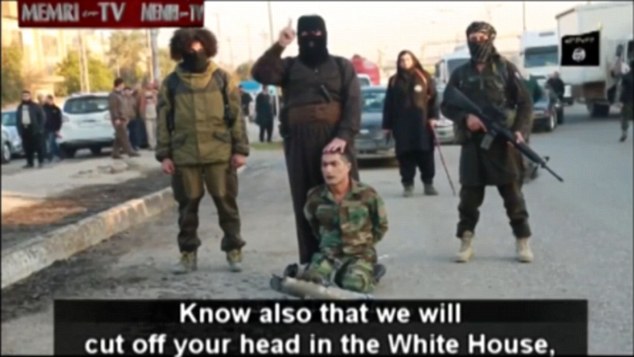 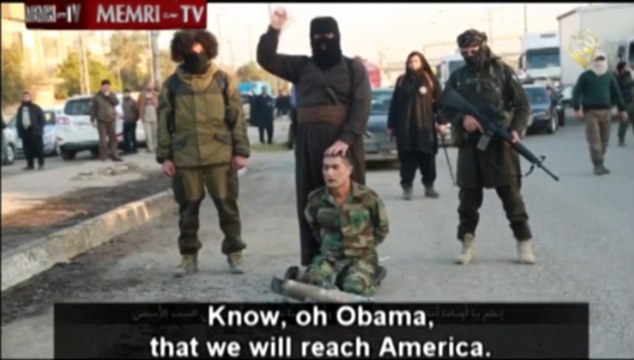 According to the translation by Middle East Media Research Institute (MEMRI), it meant: “Know, oh Obama, that we will reach America. Know also that we will cut off your head in the White House and transform America into a Muslim province.”

The ISIS executioner then continues to threaten other Western countries saying: “And this is my message to France and its sister, Belgium. We advise you that we will come to you with car bombs and explosive charges and we will cut off your heads.”

Apparently, the video is a response by ISIS against a number of setbacks it has faced in the past week. ISIS fighters had to withdraw from the Syrian-Kurdish city of Kobani on January 26, after an unsuccessful four-month siege in which ISIS lost around 1500 fighters.

Concurrently, Kurdish Peshmerga forces have begun conducting operations intended to dislodge ISIS from Mosul. Mosul is considered to be the crown-jewel of ISIS’ reign in Iraq. In an attempt to target ISIS militants, Kurdish forces have launched rockets into Mosul, while US forces have conducted airstrikes in the area outside the city on regular basis.

ISIS terrorists ended the video by killing the Kurdish soldier, in retaliation for the air-strikes.

Also Read: Pakistan Commander Of ISIS, Al-Salafi, Confesses To Getting Funds Via USA

Pakistan Commander Of ISIS, Al-Salafi, Confesses To Getting Funds Via USA
10 Coolest Hotels In The World
To Top