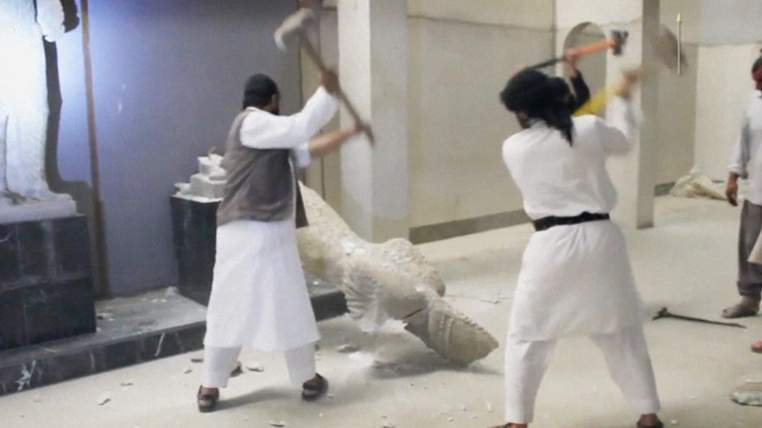 The ISIS lately released a video that shows militants smashing some of the most rarest ancient artefacts in Northern Iraq!! The released video (5 mins long) showed a group of men destroying sculptures as old as 3,000 years with sledgehammers!

One of the shots in the video showed a militant at a site drilling through an artefacts that is recorded to date back to the 7th Century BC. One of the ISIS workers said in the camera – “these ruins that are behind me, they are idols and statues that people in the past used to worship instead of Allah”.

The destruction was posted on social media sites that are known to be affiliated with the ISIS. A professor of the Mosul’s Archaeology College confirmed that both locations were the city museums.

“It’s a catastrophe,” Amir al Jumaili said. “With the destruction of these artefacts, we can no longer be proud of Mosul’s civilisation.”

This week suggest that the ISIS militants have also ransacked the Mosul Library burning knowledge and education, setting fire to 10,000+ rare manuscripts and books.