As confirmed by Donald Trump in a live press conference, the so-called ‘Caliph’ of Islamic State, Abu Bakr Al-Baghdadi was neutralized in a US operation. The operation was carried out in Syria on the basis of intelligence.

Trump says that Baghdadi was countered by US forces in Syria, where a large number of his fighters died with him. Trump says that Abu Bakr Al-Baghdadi was secured in a dead-end tunnel, where he died crying, whimpering and screaming.

Moreover, it is being said the ISIS leader Abu Bakr Al-Baghdadi was wearing a suicide vest, which he exploded when he could not find a way out.

Who was Abu Bakr Al-Baghdadi?

Abu Bakr Al-Baghdadi was, before today, the world’s most wanted terrorist. He started a Caliphate in the Levant, which slowly spread out. His anti-Islamic ways and promulgation of being a Caliph were denounced by Muslims all over the world. 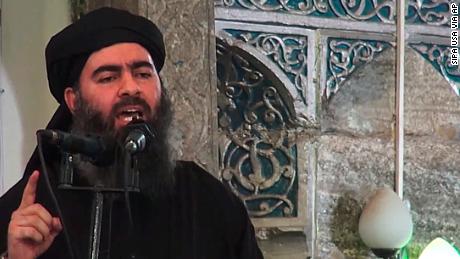 All he had were mercenaries fighting for him, committing the most atrocious acts in the name of Islam. The ISIS leader was on the run for the last two years.

Baghdadi’s ‘terror’ was real, especially between 2016-2018. However, as of recent, the ISIS has lost a lot of ground in the Middle-East, and their plans of growth had been cut down by different powers in the world.

The news of Al-Baghdadi’s death comes at a very tangent time. Only recently the US had first decided on taking all troops out of Syria, before later confirming that a portion would be left behind to protect oil fields.

However, with Abu Bakr Al-Baghdadi dead now, the battlegrounds of Syria are open to the U.S for conquering again. On the other hand, this might serve a purpose for the U.S to leave the Middle-East permanently, as their biggest enemy breathes no more.

Furthermore, the United States’ President Donald Trump stated that no US man was lost in the operation. The US Special Ops managed to kill many fighters of Al-Baghdadi while recovering 8 children out of 11 – which might have been the children of the ISIS leader.

This incident further acts as a warning for world powers, that the United States, even with Trump being as president, you can never write the world’s most powerful army off. They are rogue.

Trump also informed that two wives of Abu Bakr Al-Baghdadi were killed in the incident. The two women were wearing suicide vests, which did not explode. He further says that the US is eyeing Abu Bakr Al-Baghdadi’s ‘successors’ who might become leaders of ISIS.