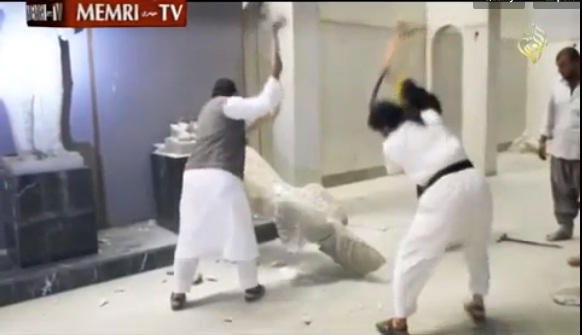 The recent ferocious act of ISIS signifies the barbarity of the terror group.


The International Business Times reported the date of statues:

“Back to the Assyrian empire, which thrived in the region between 2500 B.C. and 605 B.C,” and were part of the holdings at the Mosul Museum in ISIS-held Iraq. In the video, produced with typical ISIS savvy and released via Twitter, militants explain that they consider the works religious idols. This comes just days after 100,000 priceless manuscripts were destroyed in Mosul’s central library.”

5 Things That Will Happen If Girls Start Riding Bikes In Pakistan
Are You Color Blind? The Dress That Has Taken The Internet By Storm!
To Top