Our Prophet, Our Honor: Pakistan To Celebrate ‘Ishq-E-Rasool’ Week From 12 Rabi-Ul-Awwal 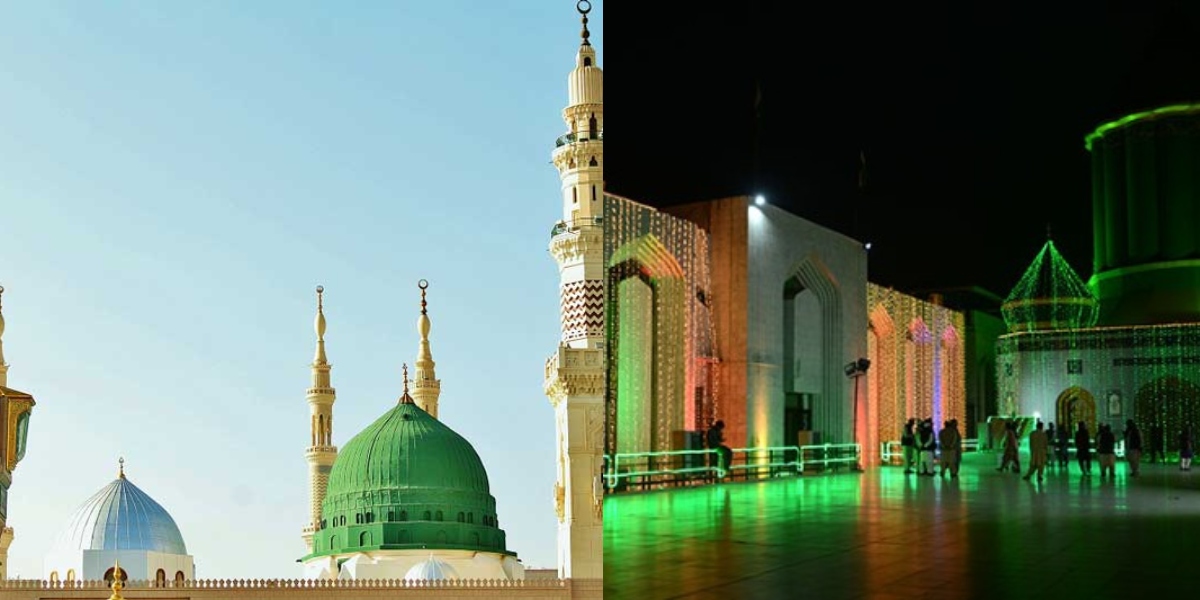 The government of Pakistan has decided to observe Ishq-e-Rasool (PBUH) week from 12 Rabi-ul-Awwal. The week commences from October 30′ 2020 on the occasion of Eid Milad-un-Nabi (PBUH). It will remain in effect until November 6′ 2020.

Earlier this week, the federal government officially announced a public holiday on the occasion of Milad-un-Nabi, 12 Rabi-ul-Awwal 1442 AH.

The suggestion for observing Ishq-e-Rasool week was made by Minister for Religious Affairs, Pir Noor-Ul-Haq Qadri. He provided this idea in a meeting of the federal cabinet.

The meeting was held following the publication of blasphemous cartoons in a weekly French magazine, shameful Charlie Hebdo, and Islamophobic remarks given by French President Emmanuel Macron.

According to reports, the Ministry for Religious Affairs will organize Milad congregations all across Pakistan. Moreover, a central Seerat conference will take place Islamabad. PM Imran Khan, President Arif Alvi and members of different religious, social, and cultural organizations in the country will attend the conference.

Pakistanis delighted with the announcement of observing Ishq-e-Rasool week

Social media users on Pakistan are really happy with the government’s announcement of observing Ishq-e-Rasool week. Many users on twitter shared their happiness in this regard.

The statement of French President Emmanuel Macron in the favor of the blasphemous content against Islam has caused a series of protests against France by Muslims all across the world.

Muslims in different parts of the world have united against France. They have started a campaign to boycott French products. Pakistan has also strongly condemned the French move. The parliament has passed a resolution that condemns it. Pakistan also summoned the French ambassador and recorded the protest.

Earlier this week, Pakistani PM Imran Khan and Turkish President Erdogan slammed French President Macron for disrespecting Islam. They criticized Macron over his recent anti-Muslim attitude and for hurting the sentiments of millions of Muslims around the world.

Prime Minister Imran Khan called on Facebook to ban Islamophobic content on its platform. He also wared of a spike in radicalisation amongst Muslims.

“I would ask you to place a similar ban on Islamophobia and hate against Islam for Facebook that you have put in place for the Holocaust. One cannot send a message that while hate messages against some are unacceptable, these are acceptable against others,” PM said.

He added, such a stance was reflective of prejudice and bias that will encourage further radicalization. In response, a Facebook spokesperson told Reuters the company opposed all forms of hate. It did not allow attacks based on race, ethnicity, national origin or religion.

Turkey To Take Legal Action Over ‘Disgusting’ Charlie Hebdo Cartoon Mocking Erdogan
Good News For Pakistani Fathers! You Can Now Have One-Month Leave On Birth Of Child
To Top