Sharmeen Obaid Chinoy, a Pakistani journalist, activist and documentary-maker who is now renowned globally for winning two Oscar awards is seen by many as a source of unsustainable pride for Pakistan. A woman who took the initiative of exposing the darkest of taboos in our society, was also target of many a mind, just as Malala had previously been for her rise to glory. 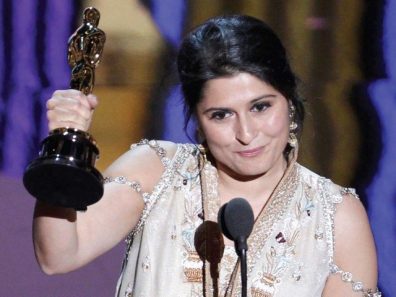 It is altogether a separate debate, that if Sharmeen Obaid Chinoy’s Oscar winning work for ‘Saving Faces’ and ‘A Girl in the River’ denounce Pakistan’s integrity and shame it in the international world or not. The question now is of ethics.

In 2012, after Sharmeen Obaid Chinoy had been universally acknowledged and had won the Oscar award for ‘Saving Faces’ a documentary on acid attack victims of Pakistan, the women whose case was featured in the film, Rukhsana Bibi surfaced on the scene.

Rukhsana Bibi further said that she went against the will of her family, jeopardizing her integrity, life and respect for the monetary gains she was offered, as any other person would do. Along with this, she had promised her that she would also bare the complete expense of Rukhsana Bibi’s plastic surgery.

Once, Sharmeed Obaid Chinoy found herself as the center of attention, winning the award and money in the process, she completely forgot about the woman who was the first brick in her road to glory. Bibi, who carried her little baby in arms, spoke with tears coming out of her eyes, that she went against the world for Sharmeen, and in return, she was left to fight the consequences alone. Her husband divorced her, and her parents cut ties and disowned her.

In return, when Sharmeen Obaid Chinoy was asked about Rukshana’s claim, she said that it was ‘unethical’ to pay partakers in such documentary films and Rukhsana was offered a house in Birmingham, England, which she ‘denied’. She further asked Rukhsana to give ‘proof’ for if she had made her promises. 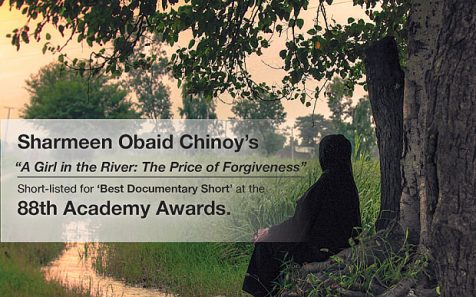 As per published in a blog written by Meshal Malik for NotNewsEnough – she gives her account of the LUMS scheduled screening of ‘A Girl in the River’ in her own words:

“On the 9th of April 2016, the Lahore University of Management Sciences (LUMS) had scheduled the screening of Chinoy’s academy award winning documentary A Girl in the River: The Price of Forgiveness. The screening was to be followed by a discussion led by a panel, which included; Aimen Bucha, Hadi Hussain, Sonia Qadir, and Sarah Suhail. Furthermore, two members of the team behind the documentary were also invited; Saleha Qureshi and Wasif Arshad. What was especially intriguing about this specific screening was that, Saba Qaiser- the protagonist of the film who shared her story with the entire world, was also invited to be present as a special guest. The audience was disappointed by the fact that Saba Qaiser had not shown up for the forty-minute documentary. However, just as the discussion was to begin, Qaiser and her family members entered the auditorium. Once the floor was open to questions, it was blatantly evident that there were grave inconsistencies in the narrative told by Saleha Qureshi and Wasif Arshad and the responses of Saba Qaiser. Upon the question arising if Qaiser had herself seen the documentary, it was astonishing to find that her answer was no. She later also mentioned how her life had now been exposed to even more threats by her Uncle and Father. What can only be described as perhaps the most stifling moment of the correspondence between the guests and audience, was when Saba Qaiser was asked how she gave consent to a documentary that could potentially endanger her life even more. The representatives of the documentary quickly piped up -assuring the audience more than Saba- that she had signed a consent form. Saba was left bewildered stating that she does not recall because everything seemed to have occurred in a haste. The very next day after having been a victim of the brutal ‘honor’ attack, Saba Qaiser was visited by Sharmeen Chinoy in the hospital. Perhaps it was then when Qaiser had signed the consent form. However, the doubt regarding how ethical this timing was for Chinoy and her team to get the consent form signed, still lingers heavily in the minds of those who attended the talk.”

Whatever the case is, Sharmeen Obaid Chinoy’s works should be appreciated, as she spread light on certain taboos of our society, took them to the international stage and made it count.

However, false promises and lack of ethics in the field of journalism have cost many their pride and careers. One can only hope and pray the victims who have been documented weren’t exploited by the documentary maestro and her road to glory wasn’t at the poor souls’ expense.

Doctor Who Allegedly Harassed Sharmeen Obaid’s Sister by Sending a Friend Request Has Been Fired!
If Pakistani Celebrities were Smart phones, these are the Models they would be
To Top