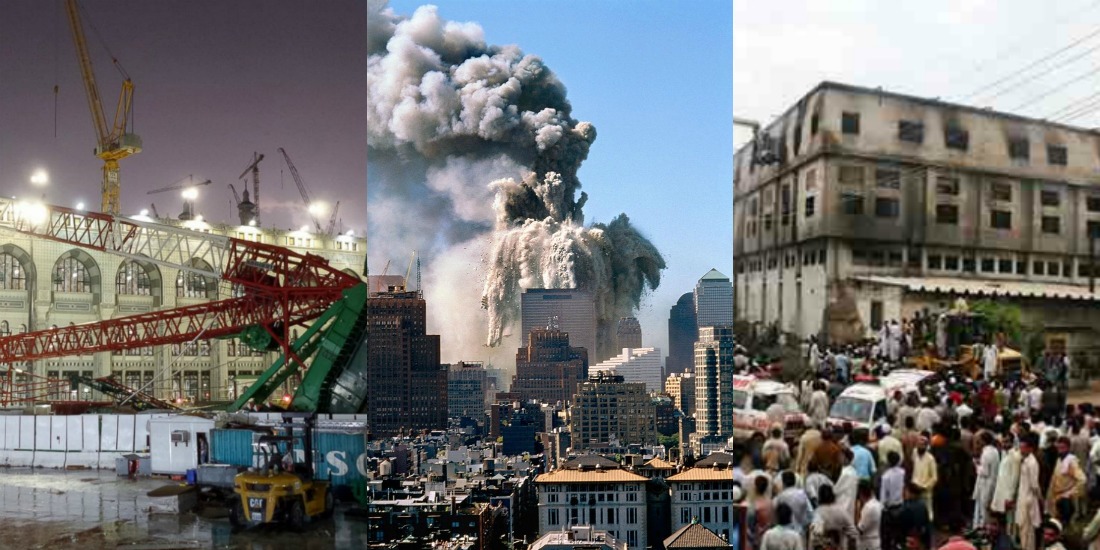 For years the world has joined hands together on this day to pray for those who fell victim to the tragic incident that consequently changed the world.  With just approximately 30 minutes apart, both the two towers of New York’s World Trade Centre fell to the ground after being hit by commercial aeroplanes. A hideous act of terrorism led to a drastic change in the Muslim world as eventually, countries like Iraq and Afghanistan saw America’s rage.

1. Death of Our Quaid e Azam 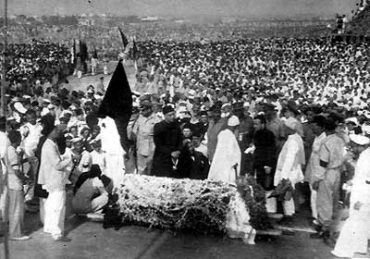 The story of Jinnah’s death is something that put us to the shame. Mr Muhammad Ali Jinnah was diagnosed with tuberculosis sometimes in the 1930s and as his conditions became worse over time, he attended his last public event in June 1948. Eventually, as his health worsened he started suffering from pneumonia, due to which he was advised to visit Karachi for treatment. While on his way to the hospital, the ambulance which he was being transported in broke down. The passing cars and his own limousine were unsuitable for transporting him as Mr Jinnah could not sit up. By the time a new ambulance arrived, Quaid e Azam passed away to his illnesses on September 11, 1948. 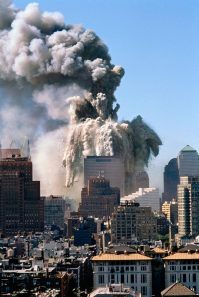 Three flights took off on the morning of September 11, 2001, and two of them struck the North and the South towers of the world trade centre. Killing everyone on board, and those who were inside the floors where the aeroplanes crashed, the two towers eventually fell to the floor by the time clock struck 10:30 a.m. Not only did those die who were stuck on the upper floors of the WTC, but the brave rescue workers and the animals accompanying them were also victims of this tragic event. About 3000 people died, with over 6000 left wounded. 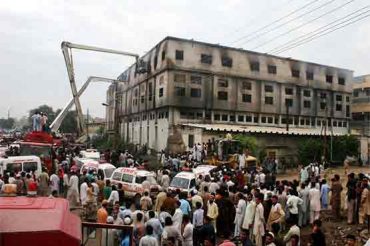 On September 11, 2012, Karachi was met with cries of burning people and deaths by suffocation as a garment factory in Baldia Town was engulfed in flames. The mysterious event has not really been uncovered as there are still many questions left unanswered. According to the JIT Report, all exits were sealed shut and since the windows had iron bars, there was no escape for the workers who were trapped inside. The report also mentioned that the factory owners were being threatened to pay an extortion money of up to Rs 200 million. Although after a Rangers operation in 2015, it was signalled that MQM must be behind the incident, nothing has been announced with complete clarity. At least 258 people died. 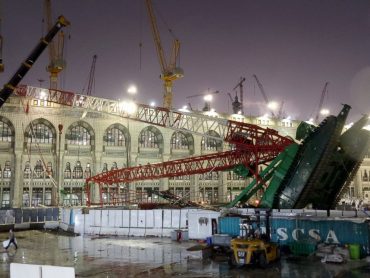 In 2015, a construction crane collapsed to the floor of Masjid Al Haram due to some mechanical and technical reasonings. However, the crane fell on people who had travelled from different countries for Hajj which was about to begin just 11 days later. Almost 111 people died, while 394 people were left injured. Most of the victims who fell were either Egyptians or Bangladeshis. Whereas, among the injured, the popularity was among Pakistanis and Indonesians.

September 11 is indeed a sad day for a lot of people around the globe, and that is why the idea of this date being a cursed date could not be skipped.

Young Girl Murdered In Front Of Her Parents After She Refused To Marry Wadera
The City of Multan Seems to be Celebrating Something Huge!
To Top