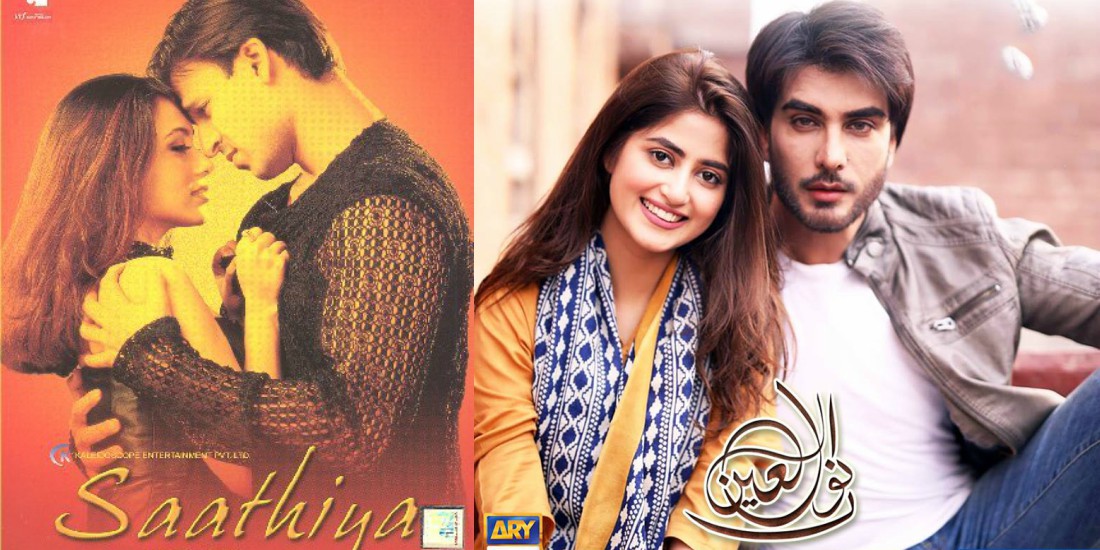 There was a time when Star Plus was a part of every Pakistani household. People of all generations used to religiously watch drama serials like Kyunki Saas Bhi Kabhi Bahu thi and Kasauti Zindagi Ki. However, with the passage of time, people drifted away from the Indian dramas for its unrealistic approaches and gave preference to the Pakistani dramas because they had an amalgamation of originality and realism in them.

The TV drama industry of Pakistan has not only made its mark nationally but is garnering attention from the International audience as well. The industry is prospering with each passing day and people all over the world watch and enjoy Pakistani dramas.

Talking about the TV industry of Pakistan and not mentioning the pride of performance holder, Sarmad Sultan Khoosat would be an injustice to such a great director that he is. He has given us masterpieces like Humsafar, Shehr e Zaat, Baaghi, Manto and Aakhri Station which is the reason why people expect brilliance and originality from him. However, his latest serial, Sajal Ali and Imran Abbas starred Noor Ul Ain, written by Edison Idrees Maseeh was a disappointment as it seemed to be a modified version of a 2002 Bollywood Movie, Saathiya, Directed by Shaad Ali.

Saathiya was an award-winning movie that starred Vivek Oberoi and Rani Mukherji as Aditya and Suhani. The plot was based upon a middle-class girl, Suhani, with whom a guy, Aditya falls in love with. He keeps on chasing her for a few days and finally manages to ignite feelings in her heart. However, they both fail to convince their parents for marriage as the difference of their social status comes in-between. As a result, they both resort to a secret marriage without declaring it in their families. 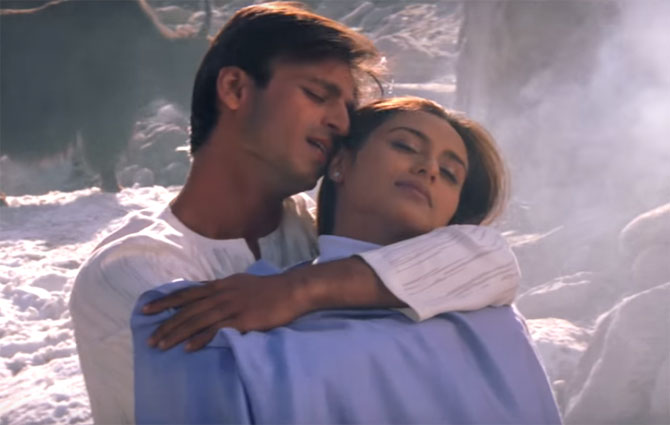 Meanwhile, Suhani’s elder sister is about to get married, but before it, her in-laws ask for Suhani’s proposal for their younger son. Since she is already secretly married to Aditya, therefore she refuses and declares it to her parents that she is already married. Her elder sister’s marriage also gets canceled as the in-laws leave in dismay. The family asks Suhani to leave the house with Aditya and ask her to never come back again. The newlywed couple moves into an apartment and starts their lives happily.

At the same time, Suhani’s father dies which causes a friction between the newlyweds as deep down at heart, Suhani blames Aditya for her father’s death. Time passes by, and Aditya gets annoyed by this sadistic behavior of his wife and that is where the problems begin to arise. From jealousy to fights, and other marital issues, their marriage begins to fall apart. At the end of the movie, Suhani meets an accident and goes into the coma. Her husband keeps on searching for her with his friends but fails.

Finally, at the end of the movie, he gets to know that she is hospitalized and battling for her life. He goes into the ICU and cries for her condition. He expressed his love for her, while she is still in the coma. He requests her to open her eyes and come back to life, to which she immediately wakes up, and they both express their love for one another. The movie ends with a note of a happy reconciliation between the two.

Those of you who have watched Noor Ul Ain, could relate to the similarities between the plot of the above-mentioned movie and the drama serial. Sajal Ali as Noor Ul Ain belongs to a lower middle-class family who gets to meet a guy, Imran Abbas as Khizar, who falls in love with her. At first, she believes that he is just flirting with her, and shows a great deal of reluctance to him. Finally, she ends up falling in love with him. Khizar belongs to a rich family which results in creating a rift between both the families. 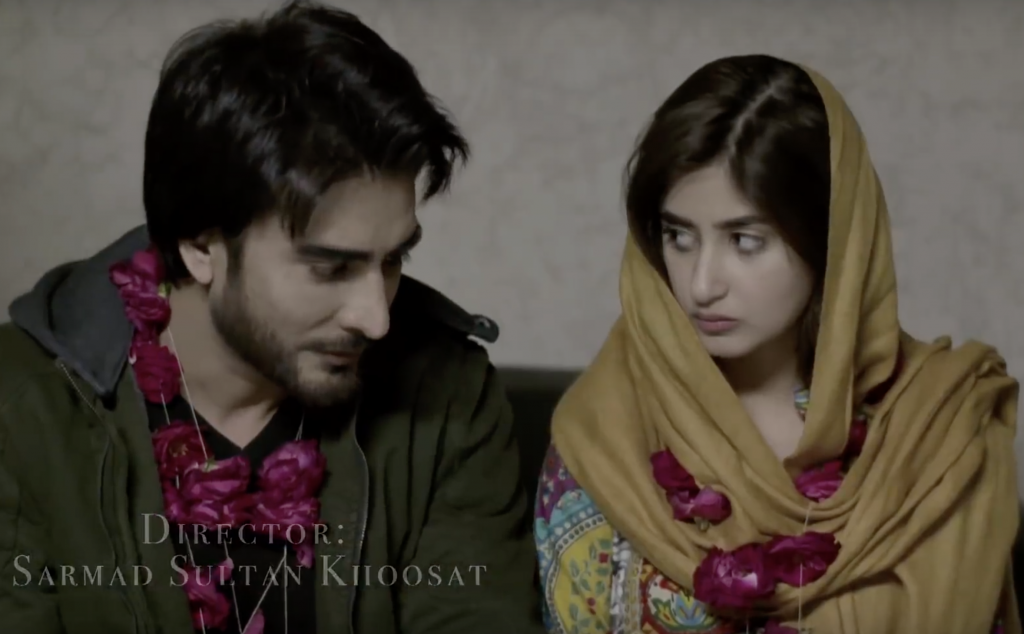 As a result, they both resort to a secret marriage without declaring it in their families. They keep it as the secret until Noor’s elder sister’s in-laws demands for Noor’s proposal for their younger son. Noor declares it to her family that she has already been married to Khizar. His father asks her to leave the house with her husband. They move into an apartment and give their lives a new start. Life moves on until one day, Noor’s father dies, which ignites a friction between the couple, as deep down at heart, Noor blames Khizar for her father’s death.

Khizar gets annoyed by this sadistic behavior of his wife and that is where the problems arise. From financial issues to jealousy, to fights, and other similar issues, their marriage begins to fall apart. The climax of the drama is almost similar to the movie, where Noor meets an accident and goes into the coma. Khizar keeps on searching for his wife with his friends but fails.

This emotional scene from Noor-Ul-Ain's last episode will bring tears of joy in your eyes.

This emotional scene from Noor-Ul-Ain's last episode will bring tears of joy in your eyes.

Finally, in the end, he gets to know that she is hospitalized and battling for her life. He goes into the ICU and cries after seeing her condition. He expresses his love for her, while she is still in the coma. He requests her to open her eyes and come back to life, to which she immediately wakes up, and they both express their love for one another and the movie ends at a happy reunion of the couple.

Despite the similarities, there are a few minute differences in both the movie and the drama such as the introduction of Noor’s uncle’s family, her elder sister’s in-laws tensions, and Khizar’s mother’s conspiracies, but they clearly proved to be strategies of modifying the storyline to make it seem original. However, a critical viewer would surely identify these striking similarities between the movie and the drama. We understand that a project could be inspired by another project, but viewers have now become really critical in terms of analyzing the storyline of various projects and can easily decipher the similarities between different projects.

Still, we understand that the director has the lesser role with the storyline, as the writer is responsible for it alone. To conclude, we can assume that all those similarities would be a coincidence, and we hope that the director, as well as the writer, would make it up to the viewers’ expectations with the upcoming projects.

Mahira, Maya & Reema Came Together on This Special Afternoon and Oh My, All This Beauty!
Taleem Sab Kay Liye – An Initiative By Students Of Nixor College You Should Know About
To Top