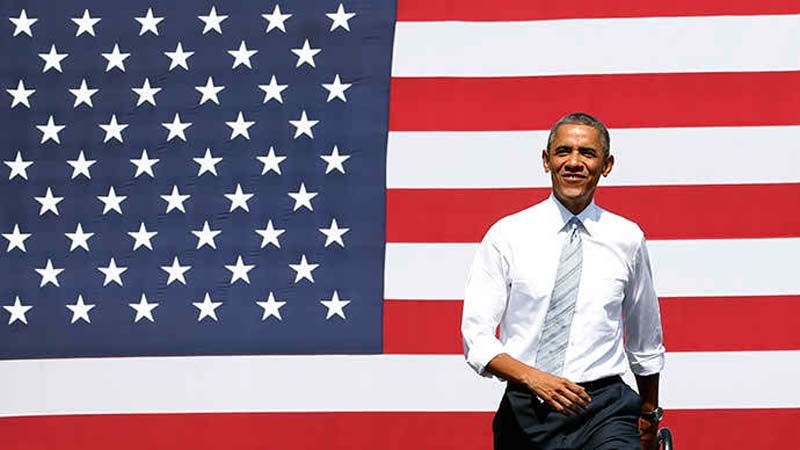 The Actually cost of Obamacare will be hundreds of billions of dollars more than expected, Republican members of the Senate Budget Committee now say, and will greatly increase the federal deficit during the next decade.

Contrary to claims made by the White House, U.S President Barack Obamaâ€™s hallmark health care plan will actually have a tremendous toll on the government, GOP members of the SBC committee allege in a new report.

According to an analysis of data received by the Congressional Budget Office, Senate Republican say so-called Obamacare wonâ€™t reduce the federal budget deficit by $180 billion by 2019 as predicted, but will actually set the US back another $131 billion in the hole.

The CBO hasnâ€™t officially investigated the cost of Obamacare since the summer of 2012, Senate Budget Committee Ranking Member Jeff Sessions (R-Alabama) says in the report, and complications in the two-plus years since have, according to his groupâ€™s analysis, caused costs to change tremendously.

â€œThe most recent CBO estimate, released in July 2012, indicated the law was projected to reduce the deficit by $109 billion over the 10-year period from FY 2013â€“2022. Nevertheless, considerable changes have occurred since then: a botched rollout of the insurance exchanges; unilateral changes made by the Administration to exempt certain groups from complying with key aspects of the law; technical adjustments to CBOâ€™s baseline projections for federal health spending; updated economic forecasts; a better understanding of the labor market effects of the legislation; and a new 10-year budget window,â€ the report reads in part. â€œTogether these changes have significant implications for the sign of the deficit impact of the Democratsâ€™ health law.â€

â€œ[I]f nothing had changed since 2012,â€ the report continues, â€œthen the legislation would be projected to reduce the deficit by $180 billionâ€ by 2024.

After reviewing new data, however, that number changes drastically. In all, GOP analysts say the difference between the 2012 prediction and the latest analyses amounts to $311 billion.

â€œAltogether, the SBC Republican staff analysis finds that after taking these significant changes since 2012 into account, the Democratsâ€™ health care law will increase the budget deficit by $131 billion over the current 10-year budget window (FY 2015â€“2024),â€ the report finds. â€œThis estimate is arrived at by taking the $180 billion in projected deficit reduction from the CBO 2012 extrapolation and then accounting for the lower net cost of the coverage provisions ($83 billion), the lower estimated federal health care savings under the plan ($132 billion), as well as the lower projected revenue levels when including the labor market effects of the legislation ($262 billion).â€

Meanwhile, other figures concerning Pres. Obamaâ€™s Affordable Care Act could fluctuate in only the next coming days: although Americans were allowed to begin enrolling in the healthcare program last October 1, this time around they will have to wait until November 15 â€” 11 days after the upcoming mid-term elections.

â€œThis is more than just a glitch,â€ Tim Phillips, president of free-market Americans for Prosperity, said in a statement last week. â€œThe administrationâ€™s decision to withhold the costs of this law until after Election Day is just more proof that Obamacare is a bad deal for Americans.â€

Last yearâ€™s scheduled launch of the ACA was ultimately marred by a number of incidents, including major problems with the programâ€™s website and the inability for many people to retain old insurance providers. In July 2014, a survey conducted by the Henry J. Kaiser Family Foundation determined that 53 percent of respondents viewed the ACA unfavorably.

So how exactly did the Simpsons predict the Ebola Virus back in 1997?
Imran Khan continues the “tsunami” not caring about the innocent loss of lives!
To Top