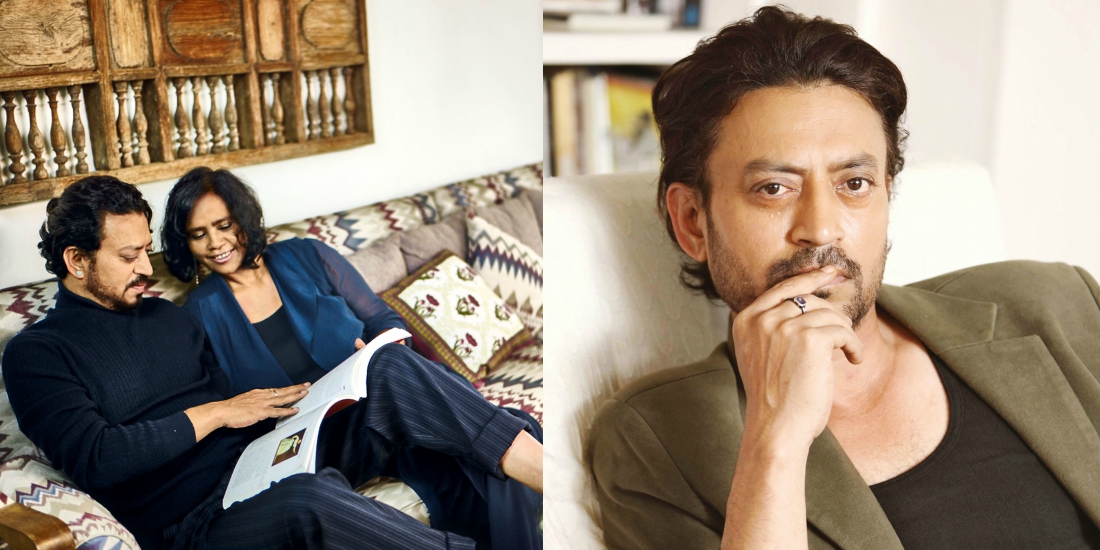 After Irrfan Khan’s tweet about his “rare disease” where he talked about he has not been feeling for many days, he also promised to share details about it when he’ll get the conclusive evidence. Irrfan is the most versatile and critically acclaimed actor who is also a “best known international actor”. He has done a 100 films and his Bollywood career also gave him a boost in his Hollywood career. His best-known movies include; Life of Pi, Inferno, and Spiderman.

He asked his fans and other people do not draw any speculation until he himself will not reveal any information. He declared that he will get the results in 10 days and upon getting the results he’ll reveal. So on 15th of March, his wife came out with a statement.

“My best friend and my partner is a ‘warrior’ he is fighting every obstacle with tremendous grace and beauty. I apologize for not answering calls msgs, but I want all of you to know I am truly humbled indebted for ever for the wishes prayers and concern from all over the world. I am grateful to god and my partner for making me a warrior too. I am at present focused in the strategies of the battlefield which I have to conquer. It wasn’t and isn’t going to be easy but the hope ignited by the magnitude of family ,friends and fans of Irrfan has made me only optimistic and almost sure of the victory. I know curiosity germinates from concern but lets turn our curiosity from what it is to what it should be. Lets change the leaf. Lets not waste our precious energies to only know what it is and just prey to make it what it should be, My humble request to all of you is to concentrate on the song of life, to dance of life to victory. My family will soon join in this dance of life. Thank you all from bottom of our heart. Sutapa irrfan babil ayaan,”

My best friend and my partner is a ‘warrior’ he is fighting every obstacle with tremendous grace and beauty. I…

For all the fans people are still praying and wishing for the best of his health and life. Irrfan’s fan base has sent enormous wishes on the actor’s social media accounts and to Sutapa’s statement. No matter what he’s been going through, may he get well soon and be healthy for his family and people who love him and want to see more of him.