Everyone knows that any match between Pakistan and India causes chaos reflecting upon the deteriorated political ties. However, recently, Pakistan lifted the Kabaddi World Cup for the first time after defeating India in the final round. Well, it was later discovered that Pakistan’s Kabaddi team captain Irfan Mana Jutt is a former officer of Pakistan Air Force (PAF).

Certainly, the arrival of the Indian Kabaddi team in Pakistan resulted in a strict decision from the Modi government. Soon after the Indian team decided to take part in the competition, they were disowned by the nation after coming to Pakistan. Well, the Pakistani Kabaddi captain Irfan Jutt was an ex-PAF officer who surprised the Indian team in the world cup final. 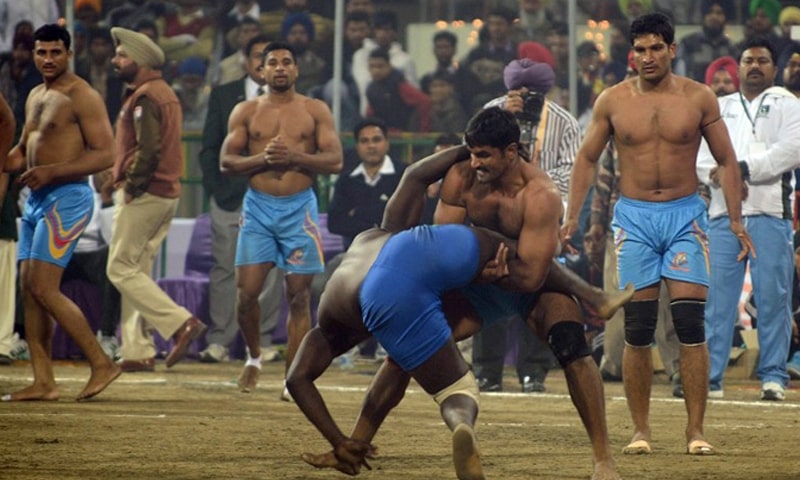 As in this advanced technological world, nothing can be hidden from the netizens for so long, the discovery was made. As per the collected information, Irfan Mana Jutt was serving the PAF as a Chief Warrant Officer. Later, he took over the national Kabaddi team as a captain and now has lead Pakistan through its journey in becoming Kabaddi champions.

Twitteratis react to the latest discovery!

Along with congratulatory posts for the national Kabaddi team, the internet is raising many questions regarding the captain. While many still don’t know about the long link between PAF and Irfan Mana Jutt, the revelations are getting pretty intense. Well, Twitter is currently flooded with posts sharing facts about Pakistan’s Kabaddi captain Irfan Mana Jutt.

When will India learn that the PAF is not worth fighting with? pic.twitter.com/XDVb0Oy4yh

Another February another humiliation for endia.
17 February
27 February
Pakistan has won the kabaddi World Cup by defeating India.Alhumdulillah

Pak Airforce has become a real nightmare for indians in every field. These faces will haunt indians for long
#KabaddiWC2020 pic.twitter.com/Haq3MTAGUc

Well, that was indeed a ‘surprise’!

Pakistan Air Force (PAF) has gradually become the reason behind India’s defeat on so many levels. Among all, the capture of Indian Wing Commander (WC) Abhinandan last February is serving as permanent torture for the rival neighbors. However, the recent defeat in hands of Irfan Mana Jutt and his turning out to be an ex-PAF officer has India on the humiliation block.

After the fine success in Kabaddi, several celebrities also congratulated and praised the national team on Twitter. Undoubtedly, Pakistan winning its debut Kabaddi World Cup title after defeating India has stirred a fun debate on social media. Indeed, it is a proud moment for the nation as now Pakistan owns a Kabaddi World Cup as well.