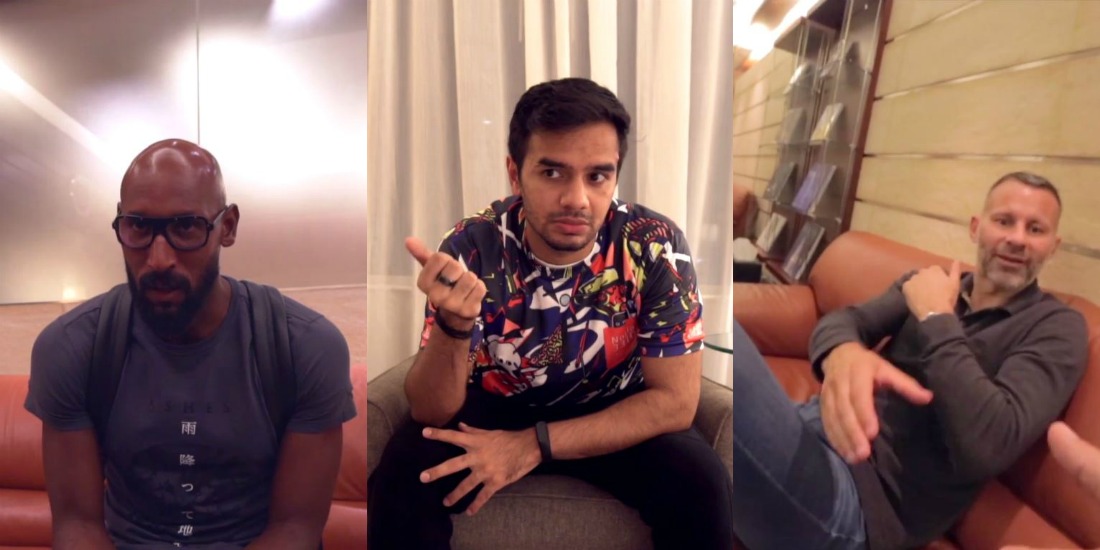 The biggest football event of Pakistan is here and most of you are wondering how is it going to be. Before it has even begun, people have started to write their wishes of meeting Ronaldinho & friends in their matches since it is going to be the first time when such elite and legendary players of international teams and clubs would visit Pakistan. Due to their immense fame and contribution to football, security would be tight and the crowd would be all time high in the venue surroundings. Somehow, a famous local YouTuber found a way to meet Ryan Giggs, Ronaldinho and his friends and even got a chance to travel with them!

Irfan Junejo is a local YouTuber who makes quite some interesting video blogs to share his experiences with the viewers. He also tries to keep up with his Twitter account during the process. One thing he has found success is traveling with Ronaldinho, Boa Morte, Robert Pires, Ryan Giggs, Nicholas Anelka, and other famous footballers who have traveled to Pakistan for football. Here is a video of the vlog:

He has also posted photos of himself with these football legends on Twitter! Here’s one with Arsenal legend, Robert Pires…

In his video blog, Irfan Junejo is seen teaching a few Urdu words to Robert Pires and then he spoke to Anelka as well. He was assigned to leave Dubai along with Ryan Giggs and George Boateng and other stars in a private jet directed towards Pakistan. He jokingly says that he might be the first person to pick a taxi just to get on a private jetliner. Irfan Junejo was obviously excited to meet the football stars and so are we.

Leisure Leagues and Nokia have done an outstanding job in promoting football in Pakistan. With sports diminishing in the country, this sudden burst of motivation should bring people and the local government on a proper track. There is a lot of talent in the country, however, due to lack of resources available young talent fail to improve themselves in order to proudly represent their nation in global events. Having players like Giggs, Anelka, Pires, Boateng, Ronaldinho, and all others hopefully everyone will come to know about the importance of football in Pakistan.