This Powerful Video Promoting A Positive Image of Pakistan

Pakistan is a country that has tainted image and reputation around the world. We are labeled as a radical extremist nation where terrorism and all kinds of hazards breed. While the naysayers fail to see how untrue it is, partially, it is also our fault as we have failed to lay efforts in building a positive image of our country.

One cannot say that we are lacking behind in efforts. We are accountable and surging with replete efforts in harmonizing our country’s image as well as the internal circumstances that are a part of every Pakistani’s life. It is easy to play the blame game and make politicians and the government responsible for every mayhem that takes place and every time we are looked down by other nations in the world. 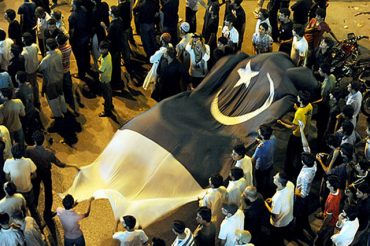 As Pakistanis, we must know that we have our individual responsibilities. In fact, a nation is built by each and every single man’s character and conduct. In relation to that, it is liable to us that we consider it as a deemed responsibility to fulfill our deeds in the betterment of this nation.

Many Pakistanis are engaged in notable efforts pursuing the same set of responsibilities. We need to recognize their good work and bring it to prior notice of the world. After all, we have responsibilities to fulfill as a nation.

Pakistan’s major population is youth and we are one fortunate nation to have a youth that aspires to make a difference for the country. There are many inspiring young people laying incredible efforts in putting a positive image of Pakistan. We have one to present you, in fact. 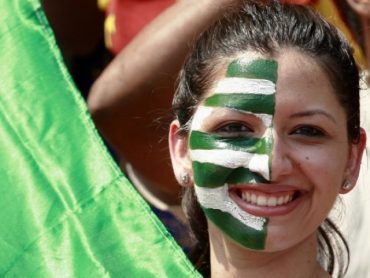 Source: The Fire Within

Students from Iqra University are leading a campaign for putting a positive image of Pakistan for the whole world to see.

It’s called Arz-e-Pakistan; a short video for it has been released by the students. They are trying to showcase the scenic beauty, art, and culture of Northern Pakistan.

Here’s it a trailer for what is about to come

Just a trailer for what shall be an impeccable production filled with the best of what is out there in the North of Pakistan. 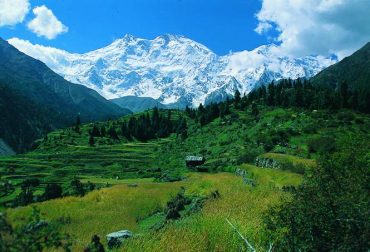 It is a creative effort by students, highlighting the intricate details and the core elements that make up the identity of people, culture, life and traditions in Northern Pakistan. It is going to be highly anticipated when the full version comes out.

It is inspiring how a group of students has joined hands in pursuing such incredible efforts. By the looks of it, it seems to be a mega production of some giant production house. Safe to say, our youth finishes a race apart in their own abilities and talent.

Have your say about the video.