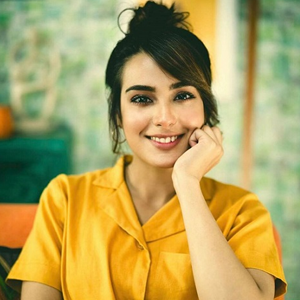 Iqra Aziz Hussain is a Pakistani television actress. She is best known for playing the role of Jiya in Momina Duraid’s Suno Chanda (2018), for which she received critical acclaim and Lux Style Awards for Best Television Actress.

Iqra Aziz first auditioned as a television commercial model and was picked by Citrus Talent Agency. She made her acting debut with a supporting role in Kissey Apna Kahein (2014) and had her first leading role with the 2015 romantic series Muqaddas. 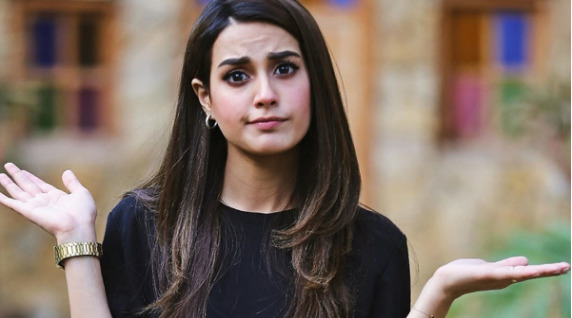 Iqra Aziz was born in Karachi, and she has lived in the Saddar area of Karachi all her life. Her family has been living in the house, which is their abode, for more than 30 years now. Iqra Aziz was born and brought up in a joint family. Iqra Aziz does not come from an affluent background, and neither does she belong to a family with many highly educated individuals. 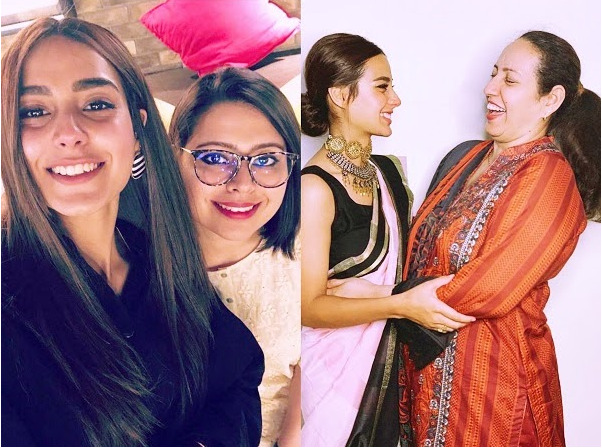 She has one sister who is 6 years older than her. Iqra Aziz’s father passed away when she was only 12 years old, and since then, her mother has brought her sister and Iqra up all on her own.

Iqra Aziz has been quite upfront about her upbringing and her background. She is actually proud of the fact that even with this background, she managed to make it big in the industry. Iqra Aziz shares a special bond with her mother and sister; she couldn’t have come this far without their support.

Iqra aziz couldn’t complete her graduation and holds an unfinished Bachelor of Commerce Degree from the University of Karachi. However, she is looking to complete her education as soon as possible when she gets a break from acting and modeling. 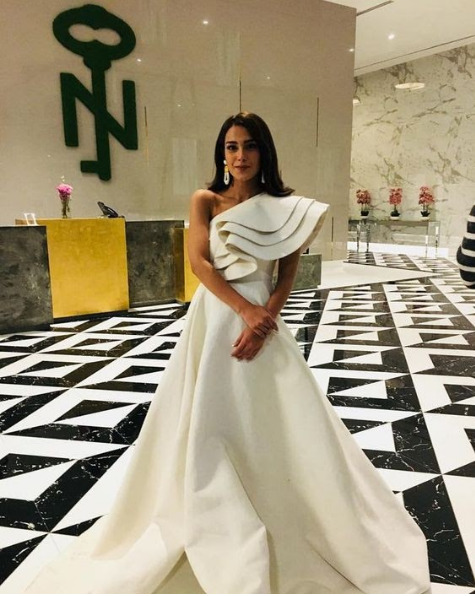 Iqra Aziz’s father’s name is Abdul Aziz. Iqra saw her father for the first time when she was 3 years old since he used to work in Saudi Arabia and couldn’t come when she was born. Iqra Aziz always thought that her mother, sister, taya, taye, and cousins were the only family she had.

Iqra Aziz met her father late and got to spend only a few years of her life with him because he died of a heart attack when she was only 12 years old. Iqra Aziz’s father started a business after coming back from Saudi Arabia. He was a really busy man; therefore, her mother was the one looking after them and the house most of the time. 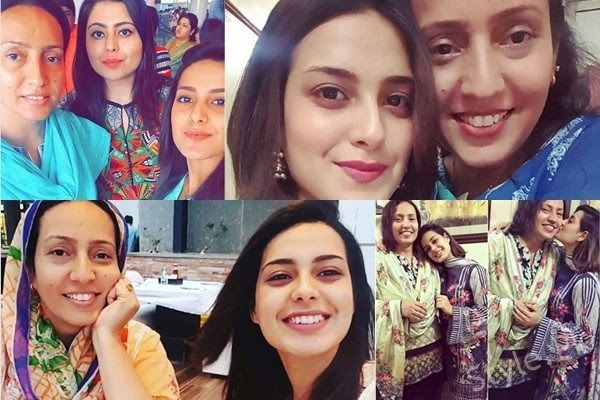 Iqra Aziz and her sister have never shared a picture of their father, but Iqra Aziz says that they shared a special bond with him. Iqra Aziz also shared in an interview that her father hit her every morning when she was too naughty.

Iqra Aziz’s mother’s name is Aasiya Aziz. She was the first female Careem driver. She raised her daughters by herself after their father passed away.

Iqra Aziz has said in several interviews that her mother was a self-made independent woman, a fact she takes pride in. Iqra Aziz’s mother has always supported her daughters in every way so that they can be the best versions of themselves.

Iqra Aziz got married on 28 December 2019 to Yasir Hussain. Iqra and Yasir’s nikkah happened a few hours before the Barat ceremony started. Iqra Aziz is married to Yasir Hussain, who is an actor, host, and scriptwriter. 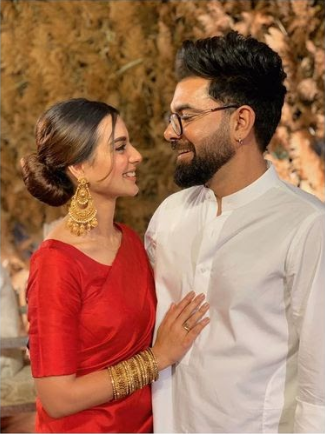 Iqra Aziz started her career when she was 14. In an interview, she mentions that her mother always wanted to complete her education before turning to act. She dabbled into acting with the help of her elder sister.

She first auditioned as a Television commercial model and was picked by Talent agency Citrus. Iqra Aziz continues to appear in Television commercials to date. Later, Hum TV’s co-producer Momina Duraid offered her a role in her series Kissey Apna Kahein. She acted along with Arij Fatyma, Danish Taimoor, Shabbir Jan, and other senior actors in the series. 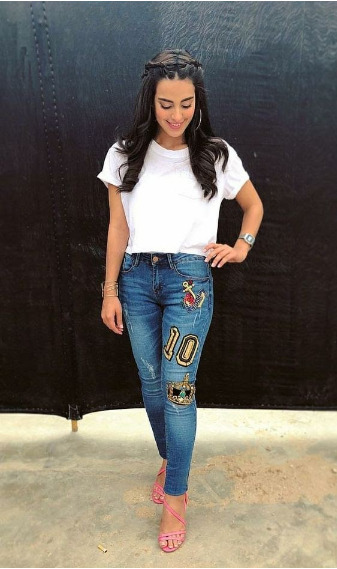 She followed her acting career with a leading role in another Hum TV’s drama series Muqaddas, an adaptation of Adeel Razzak’s novel of the same name. She was seen opposite Noor Hassan. Series proved to be the break-through for her, and she received the Hum Award for Best Television Sensation female.

The series also received mixed reviews and was nominated for Best Television Play at the annual Lux Style Awards. In the same year, she appeared as a Parallel lead in Ilyas Kashmiri’s directorial Mol.

In 2016 she was seen in a leading role in Socha Na Tha and Deewana. In the latter, she played Mehar Sultana’s character (Mehru), who befriends the mischievous but loving Jinn Falak (Shehroz Sabzwari) and eventually falls in love with him. Iqra Aziz subsequently did a supporting role of Marina Zaman in Ahmed Bhatti’s directorial, Kisay Chahoon, and a Parallel lead role of Mannat Chaudhary in Laaj. Her on-screen chemistry with Shehzad Sheikh in Choti Si Zindagi was praised, and both received a nomination for Best Onscreen Couple. The series also garnered her a nomination for Best Actress at the Hum Awards. 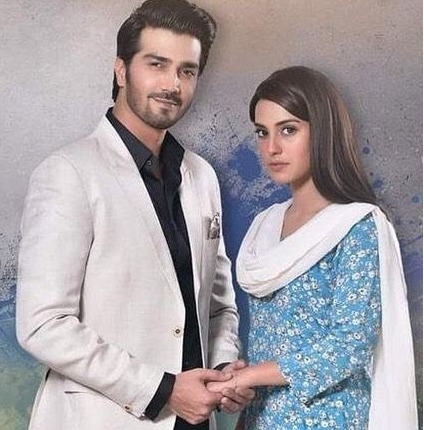 Iqra Aziz then starred in Gustakh Ishq opposite Zahid Ahmed and did a guest appearance in the 2017 series Dil-e-Jaanam. She appeared in Ghairat (series based on Honour Killing) along with Syed Jibran and Muneeb Butt and in romantic drama Khamoshi opposite Zara Noor Abbas, Affan Waheed, and Bilal Khan.

The latter of which was a critical and commercial hit. In Khamoshi, Iqra Aziz played the character of Naeema, an arrogant, greedy, and career-driven girl. Her role as the antagonist was praised. Iqra Aziz walked the ramp for designer Aisha Farid’s collection Crystalline on Hum TV’s Bridal Couture Week. In early January 2018, she wrapped up the shooting of an Urdu music video, “O Jaana” with Hamza Malik and Rahat Fateh Ali Khan, which was released in July 2018, and did a special appearance in Asim Azhar’s music video “Jo Tu Na Mila”.

The following year, Iqra Aziz collaborated with Shehzad Sheikh for the second time (alongside Bilal Abbas Khan and Omair Rana) in Idream Entertainment’s Qurban. She appeared as Heer, a bubbly and bright girl hailing from a rich household and was seen in a love triangle opposite Sheikh and Khan. 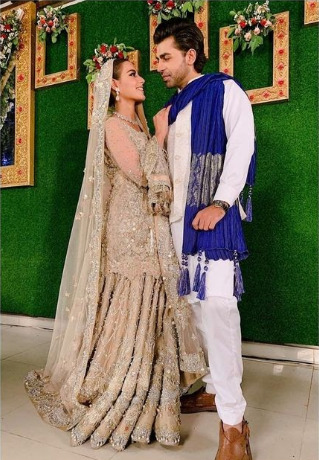 She portrayed the role of Ajiya Nazakat (Jiya) in Suno Chanda, which was a finite series during Ramadan 2018. She was paired opposite Farhan Saeed. Iqra Aziz and Saeed were praised for their on-screen chemistry. The series received mixed reviews and earned her a nomination for Best Television Actress at the Lux Style Awards. In an interview, Iqra Aziz said she was overwhelmed and did not expect the series to be a massive hit.

She played the role of Tabeer in Hum TV’s Tabeer. Ahmed Sarym of The Express Tribune states, “At such a young age, Iqra Aziz has already proven her mettle through a wide range of characters from the exuberant Jiya to a vampish Naeema in Khamoshi and the titular character of Tabeer”.

She then appeared in Faiza Iftikhar’s Ranjha Ranjha Kardi. Her role as Noori belongs to the lower cast of Untouchables was praised by critics. Buraq Shabbir of The News International stated, “Popularly known as the feisty Jia from Suno Chanda and now the equally fiery Noori in Ranjha Ranjha Kardi has sparks.” Her other projects included the second season of Suno Chanda, which is an Ahson Talish directorial and produced by MD Productions. It aired in 2019 on Hum TV. 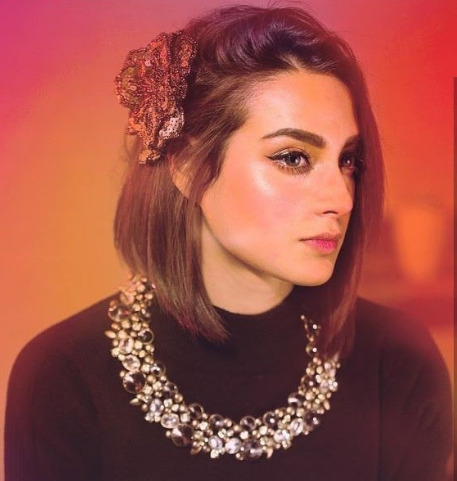