Actress Iqra Aziz Gets In Trouble For Allegedly Breaching Contract With Talent Agency!

In the entertainment industry of Pakistan, it is said that talent agencies play a huge rule in shaping or destroying careers. The sub-genre of entertainment, the country’s drama industry, has been on extreme boom in the last decade, producing some big names who have gone on to do great things.

One such name in the industry is of actress Iqra Aziz. As they say, great things come in small packages, the little sweetheart of Pakistan has acted her way into the hearts of Pakistanis, with her positive approach and her simple look. However, all has not been fine in her career as of recent. 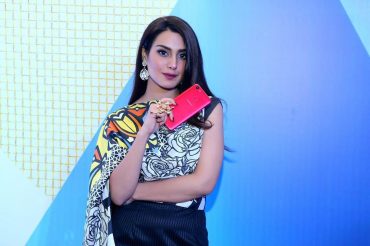 A renowned talent agency known as Citrus Talent has served the actress a legal notice for allegedly breaching a written contract. This is what the CEO of the talent agency wrote on Facebook:

“Legal Notice issued to Iqra Aziz (Actor): My lawyer has served a legal notice on Ms. Iqra Aziz as she breached the Talent Exclusivity Agreememt dated 14 June 2017 and bypassed Citrus Talent by locking an ad through Ms. Maida Azmat of Mint PR and Image Consultancy. This was done despite the fact that Iqra and Maida were repeatedly reminded about the contractual obligations of Iqra towards Citrus Talent. The said legal notice has been served on other individuals, including Ms. Maida Azmat of Mint PR and Image Consultancy for tortious interference and inducing Iqra Aziz to breach exclusivity contract. It’s disappointing to know that someone like Iqra can cheat us like this for greed.

Iqra was introduced to me by the hair and makeup artist, Waqar Hussain, in November 2012 who she met at a shoot as an extra. Later she came and met with me and I took her on board and LONG before her career even picked up. After considerable effort on our part to pitch her, she did her first project through Citrus Talent.
(A list of the 30 ad campaigns she did through Citrus Talent is attached).”

The claims of Fahad Hussain, the CEO of Citrus Talent, are very serious, apart from being detrimental to Iqra’s popularity as well. To say that an actress breached the contract on grounds of ‘greed’ might be taking a step in the wrong direction. However, the CEO of Citrus went on to state a lot of cases, that might prove his point to many.

He further went on to write: “After taking her on board, I personally tried my best to groom her and get her the right projects so that she can support her family. For years Iqra was like a family to me and my staff and she used to refer to us as bhai and also told people how we helped her in her career.  (A video of her telling people how she has done a lot of ads and dramas through Citrus Talent that is available on various internet sites is attached).

I totally respect hard-working women and it’s a known fact that Citrus Talent has always gone an extra mile to help and guide people and give them a direction. The photo I am sharing (Attached) is taken from a public Instagram account of Iqra Aziz as I would never want to invade any woman’s privacy as I respect women a lot and this post is to show how Iqra herself admitted that we are the best talent agency (Check hashtag). 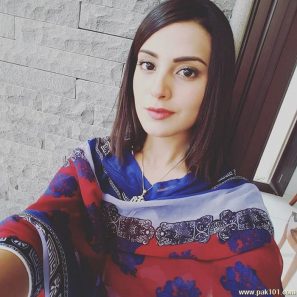 Iqra Aziz signed an 8-page long contract with Citrus Talent on 14th June 2017 and the contract which she had read carefully and signed on all pages at her own free will is still with us. The contract only granted Citrus Talent exclusive rights to represent Iqra Aziz for all engagement, bookings, etc. for television commercials and print shoots for products. This exclusive right was against Citrus Talent for all the effort it puts into groom, project and promote Iqra Aziz which is a fair bargain since Citrus Talent charges only a small commission from the amount paid to the talent for appearing in the TVC and print shoot. Citrus Talent never charged her a penny for the tv serials she got through the agency’s contacts.”

The post, which constantly describes Iqra Aziz as greedy, is not going too well with the people who have commented on it. People are of the opinion that a contract was between the agency and the actress and should not have been exposed for the public to interfere in, while others think that commitments should be honored, especially in the PR business.