Iqra Aziz Shares A Hilarious Version Of The Bottle Cap Challenge On Her Instagram|Parhlo.com

Iqra Aziz posted a funny version of the challenge on her Instagram. No, she did not attempt it herself. However, a lot wished she would. 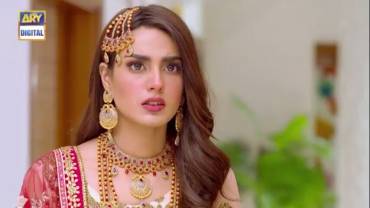 The video shows a guy attempting the challenge but the bottle cap ends up flying around the room. The cap trips a bottle of a red powder, with some of the powder perfectly landing in the middle of a woman’s forehead. It is a funny take on Bollywood couple scenes. People have been commenting on funny reactions on her post, all day.

The Bottle Cap Challenge has social media in its grasp once again. People are posting videos of themselves spinning in the air and kicking the lid of a bottle. The challenge seems extremely cool to just witness but requires exact precision and speed to time the kick. It is a worldwide challenge but obviously, Pakistan made sure to stay updated as well.

Even the famous actress Mehwish Hayat uploaded a video of perfectly executing the challenge. In her video, she effortlessly flips the cap open. Apparently, the purpose of the challenge is to roundhouse kick.

The challenge started when Farabi Davletchin, a Taekwondo instructor and fighter, showed a kicking trick. The hype was created when Actor Jason Statham attempted the challenge. People were fascinated by the uniqueness of the challenge, and now everyone on Twitter is showing off their kicking abilities. 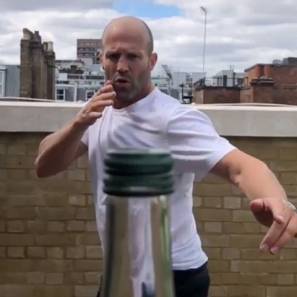 Not to mention, today’s generation loves to attempt hilarious yet dangerous challenges ranging from the cinnamon challenge to the tide pod one. Also, how can one even forget Blue Whale!? The curiosity that a social media experience when one participates in a challenge is insane. The internet is similar to a giant spider trapping people within its web as if they are bugs.

Regardless, if people are having fun, and the challenge seems harmless itself then there’s no need to hold back! No one is stopping anyone from going all out on the Bottle Cap challenge. This one might actually compel people to learn martial arts because of the perfectly timed kicks!

Moreover, users are bringing their own twist to the challenge. Some are actually making it more difficult than it is! But that is the easy way to garner attention, anyways. Here is an example:

Welp the bottle cap challenge was fun while it lasted pic.twitter.com/b26OszETbR

With the unholy amounts of spins, you’d expect your neck to snap in half before even getting to kick the cap…

Best bottle cap challenge we’ve seen, but we gotta get her some PUMA slides. 🔥
📹: @ Eloyd11 on IG pic.twitter.com/nyQJuIx5ch

It seems some are actually going for a more hilarious touch instead of the original laid-back intriguing nature of the challenge. This one is definitely relatable to a lot of Pakistani peeps.

b-boy zeku wants y’all to know the bottle cap challenge is over pic.twitter.com/NQXaeaR8gs

— lemonade was a popular drink and it still is (@mattwhitlockPM) July 3, 2019

With 18k likes, this person mentions that he is bringing an end to the challenge by setting the bar way too high. No one would attempt to try any other method that could be as impressive as this one. Some can’t even properly kick in the first place.

What do you think of the situation? Did you like Iqra Aziz’s video? Have something extra to add to the story? Share your thoughts!

An Examiner Allegedly Harassed Hundreds Of Young Girls In Their Practical In LCWU And This Is Alarming!
DC Customs Dr. Qudoos Sheikh Is Fighting For His Life After Smugglers Beat Him And Needs Our Prayers!
To Top