With the lockdown on in the Indian Occupied Kashmir, Pakistan stands firm alongside in raising its voice against the barbarity. As a show of goodwill, Pakistan has decided to reward the IOJ&K students with 1,600 scholarships.

Alongside, Pakistan has also decided to work on the betterment of the public side universities. 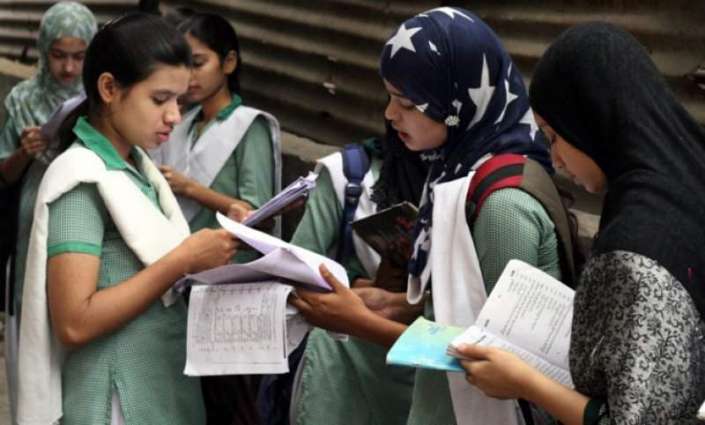 Permitting Scholarships To The Deserving!

According to the parliamentary panel, the federal government decided the plan for allotment of scholarships. The deal also included involving such subjects in the curriculum, which are taught around the world. This comes as a response to the curfew in Kashmir.

During the session, it was decided that the government will be responsible for rewarding the scholarships to the IOJ&K students. The educational institutions operating under the Federal Directorate of Education (FDE) will be receiving these 1,600 scholarships.

Additionally, the education ministry and the Wafaqul Madaris Al Arabia (WMA) also held a meeting. Under the agreement, they decided to offer worldly subjects from the eighth grade onwards. In the first three years, around 2,500 madrassas will be offering these subjects.

Following, the government will pay Rs17,000 as a reward for each of the two teachers, who will teach these subjects.

The committee also discussed the budget for the year 2020-21. Pakistan Tehreek-e-Insaf (PTI) committee member Nafeesa Khattak said: “School buildings are dilapidated and they are not being repaired.”

Nonetheless, FDE’s Acting Director-General Umair Javed said that the rehabilitation and repairing of the schools will be done when the budget of the new year comes.

Furthermore, it was decided that more than 200 classrooms will be linked with E-learning technology. The committee also urged to shift the schools onto solar power.

The committee also took the finance and management issues of the universities into consideration. Usually, public universities were hiring teachers without following HEC’s rules and regulations. The Parliamentary Secretary for Federal Education Wajiha Akram proposed the idea of eradicating the recruitment process involving politics or nepotism.

In order to curb this problem, the members within the committee provided the suggestion of forming a sub-committee. The task of this sub-committee is to address all the university-oriented issues and provide an analysis regarding their solution.

Additionally, the committee also decided to keep track of an accurate number of employees working at each public sector higher educational institutions.

After MPTH, Ehd-e-Wafa Finale Will Also Be Aired In Cinemas Before TV
Tea-Shops Across Pakistan To Serve Free ‘Fantastic Tea’ On 27th February!
To Top