These 10 Interesting Facts About Pakistan Will Blow Your Mind Away!

The same questions that we Pakistanis always faced by our foreign friends – ‘Is Pakistan safe to visit?‘ or ‘Is your country safe?’ are no longer mystery questions, that they so eagerly seek out answers of, from the nationals. Pakistan moves towards better times in 2019 or so we hope, amidst the hike in the inflation rate, which is the highest observed since November 2013. Still, Pakistanis are known as the most hospitable, welcoming and resilient people. They keep their head high and their hearts even bigger in tough times and otherwise.

2018 was a year of major changes in Pakistan. Imran Khan won the elections and took over the Prime Minister’s seat while the thieves of the country were sent to their rightful place- The jail. Foreigners also visited this beautiful country to witness its diverse culture, food, and mesmerizing places. Not to mention the opening of Katarpur Corridor, which Prime Minister Imran Khan worked towards diligently, in spite of India’s zero response.

There’s a lot about the country that still needs to be put out there, so here are some facts about Pakistan. 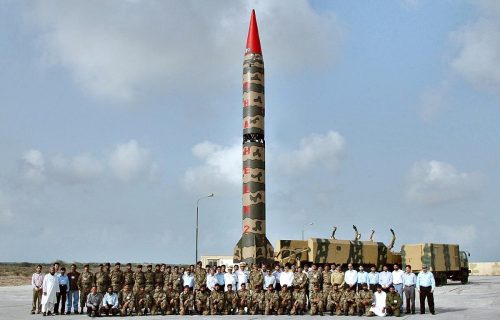 Pakistan became the first Islamic state to attain nuclear power. The nuclear power program started in 1972, on 20th January. On May 28, 1998, it became a nuclear power and carried out five successful nuclear tests in Chaghi, a province in Balochistan. These nuclear tests were a direct response to India’s five nuclear explosions earlier that week. Pakistan became a nuclear state on the grounds of self-defense. As any nuclear threat by any nation towards Pakistan cannot be met with traditional means of defenses, which includes by the airforce, the army or through the navy. Since their weapons will be of no match if a nuclear attack is to take place.

2. Second Most Beautiful Capital In The World 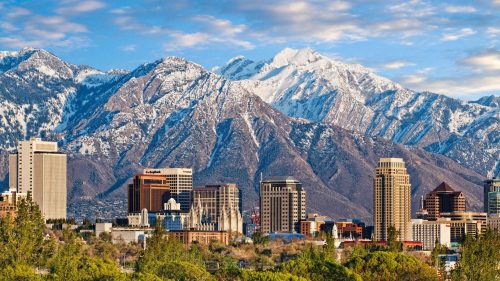 Islamabad is the beautiful capital of Pakistan and you need to visit this heavenly city as soon as possible. However, Islamabad was not the capital since the creation of Pakistan, it was the city of lights – Karachi. On 14th of August, 1967, exactly twenty years after Pakistan came into existence, the capital was shifted to Islamabad. Islamabad is home to one of the most beautiful mosques Faisal Masjid. The name of the capital’s literal translation is ‘the city of Islam’. Islamabad is famous for its greenery, beautiful Margalla hills, cleanliness, and peacefulness. This scenic city experiences five seasons and has become a tourist destination. 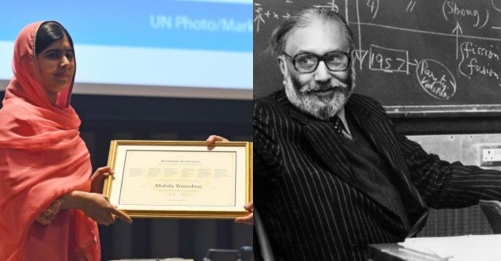 Malala Yousafzai and Dr. Abdus Salam are the two Pakistanis that have won the prestigious Noble Prize. The Norwegian Nobel Committee greatly recognized Malala’s efforts in fighting for the rights of girls to education despite being in her youth herself. They awarded her the Nobel Peace Prize in 2014. Dr. Abdus Salam is Pakistan’s first Nobel laureate. He was a remarkable physicist and received a Nobel Prize in Physics in 1979. Furthermore, Dr. Abdus Salam is the second in the Muslim world who holds this honor. Dr. Abdus Salam has made major contributions in building Pakistan’s science infrastructure. 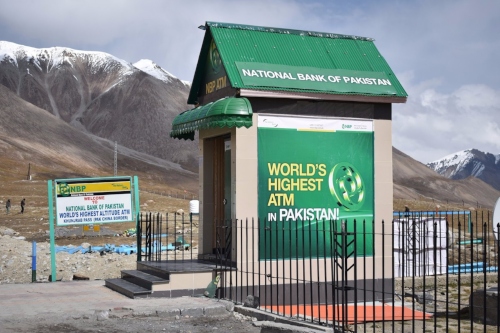 You can locate this ATM at the Pakistan-China Border on a high mountain pass known as the Khunjerab Pass. The National Bank of Pakistan(NBP) took this initiative and by installing their ATM, made a new world record of installing the world’s highest ATM. Sitting at a height of 16,007 feet above sea level is to date the highest Altitude ATM around the globe. NBP made it into the Guinness Book of World Records making this their second entry. In July 2009 they were awarded a Guinness World Record, the first time for planting 532,887 mangrove saplings in a day.

5. Shot Down 5 Planes In Less Than A Minute 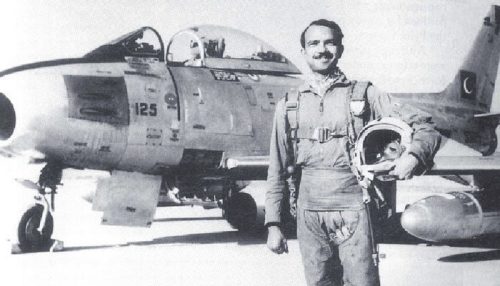 Muhammad Mahmood Alam, late Air Commodore is Pakistan’s hero as he downed 5 Indian fighter jets in less than a minute. He was an F-86 Sabre flying ace. He was awarded the third highest military award and bar known as The star of Valour (“Sitara-e-Jurrat) for his remarkable performance and strength in the Indo-Pak war of 1965. To be precise he took down those 5 jets within few seconds, as saying within a minute would be an understatement, making a world record. Moreover, another interesting fact about Mr. MM Alam is that he actually belonged from Bengal, born and raised. He moved from to West Pakistan in around 1971.

6. Youngest Civil Judge In The World 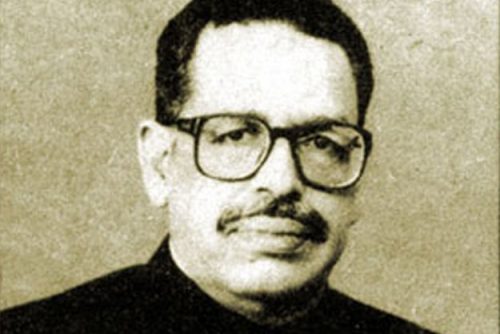 Justice(R) Muhammad IIyas became the youngest civil judge of the world and holds a Guinness World Record of being the youngest judge. At a tender young age of 20 years, he passed the examination in July 1952, giving him the opportunity to become a Civil Judge. He passed his LL.B. (The bachelors of Law) from Punjab University and scored the highest setting a new record of high score ever achieved and received a gold medal from the university.

7. Ranking 4th In Intelligence Around The World

Pakistan produces some of the best talents in all areas of education, be it engineering, medicine, Arts or Social Sciences. Our youth is smart, hardworking and game-changers. If you look into the details you will find Pakistani students and professionals winning several top positions in worldwide competitions. “Pakistanis are equal to the people of developed and industrialized countries when it comes to intelligence.” -According to the globally-held survey report 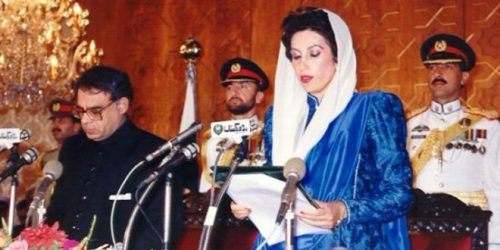 Pakistan is the first Muslim nation to elect a female as its Prime Minister. Benazir Bhutto Sahiba was elected as the head of states on December 2, 1988. Moreover, she is also the daughter of the late People’s Party leader, Zulfiqar Ali Bhutto. Also, at a young age of 29, she took the position of chief of PPP. 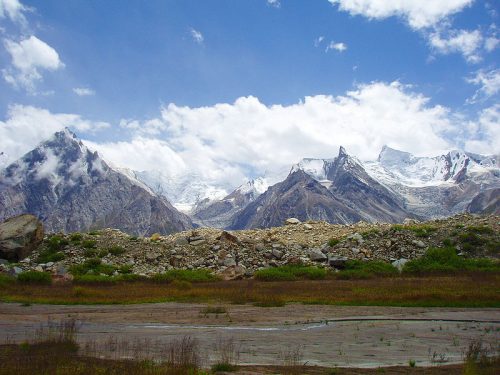 Biafo Glacier is the fifth longest non-polar glacier in the world and is in Pakistan’s Karakoram Mountains. Its length is 39 miles and these glaciers supply water to Shigar river that flows to the Indus river. The glacier’s snow basin is about 0.99 miles in depth. 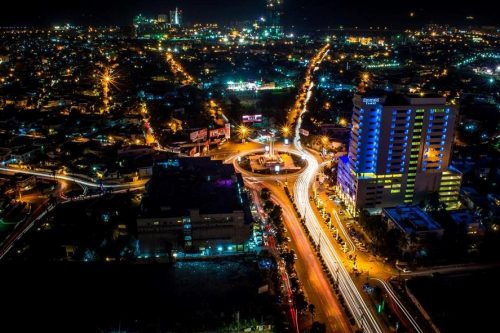 Karachi – The former capital of Pakistan is in the Sindh province and is the largest city of Pakistan. It also goes by the titles like the metropolitan city, the financial hub of Pakistan, the city of lights, the megacity, and the coastal city. Furthermore, Karachi also stands as the 7th most populous city in the world and has the most diversity in terms of linguistics, ethnicity and religiously. The city generates approximately 20% of Pakistan’s GDP and collects over a third of Pakistan’s tax revenue.

10 Not-So-Cheesy Halal Pick-Up Lines That Are Sure To Help You Get Noticed!
Indians Have Started A Hate Campaign Against Rehman Malik For Revealing Modi’s Ugly War Doctrine In His Book!
To Top