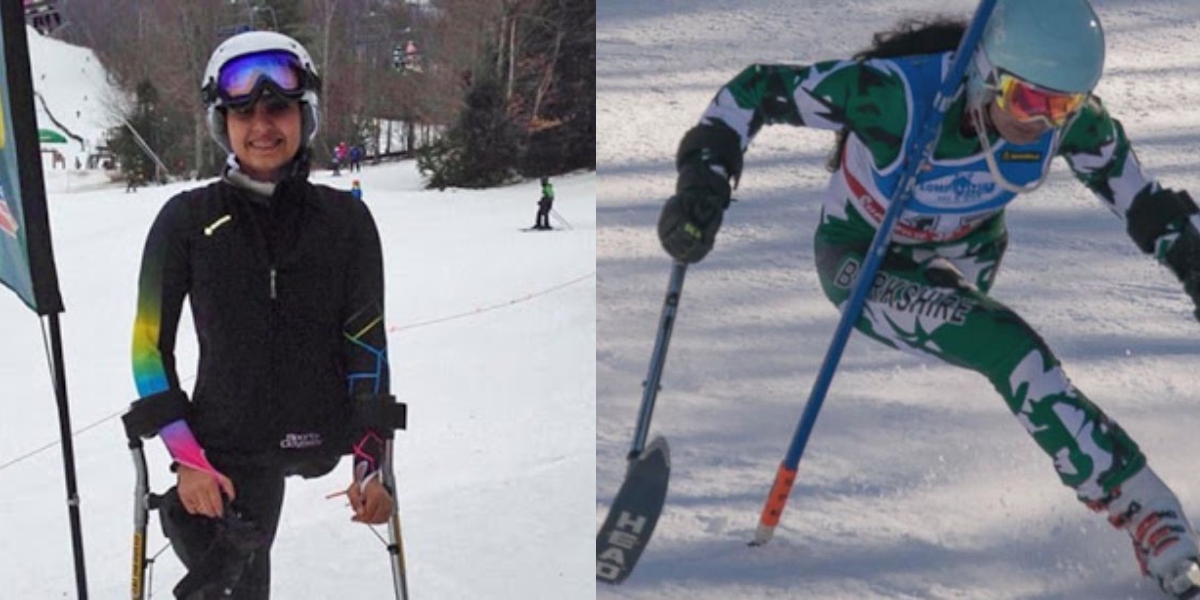 The fact can’t be denied that Pakistan is filled with talented individuals in almost every discipline. When it comes to sports, the country has produced world-class athletes who made a name for themselves across the world. However, one athlete that has made a unique identity for herself is Insha Asfar. She is a Paralympic female skier from Azad Kashmir, Pakistan.

Afsar was one of the thousands of victims who suffered from the devastating earthquake that shook the northern parts of Pakistan on October 8, 2005. She lost a leg when her house came down on the tragic day.

Asfar went to the US after six months for her prosthesis. After TIMES magazine photographed her, she caught the attention of one of its editors, who offered his space to her and also sent her to school.

Asfar’s friends suggested she join them in skiing, and she accepted this challenge. Today, Asfar is one of the best skiers in Pakistan.

Asfar was the only person that represented Pakistan in the 2018 Paralympics held in South Korea. Insha has competed with more than 40 athletes in US Paralympic Alpine National Championship in 2015.

For Asfar’s family, it was not easy to digest the fact that their daughter was going to become a sportswoman. However, they did support her decision to pursue skiing as a professional.

During an interview, Asfar said, “I come from a place where it’s not common for a woman to be an athlete. Coming to the US and then pursuing a sport that I love, that might inspire people to come forward and do what they want to do, despite what’s holding them back.”

Although she had been on a ski slope before, she spent the week training with Paralympic coaches and high-level adaptive athletes to help her hone her skills. It was Asfar’s first experience skiing with other adaptive athletes.

The experience helped Asfar hone her skills and better understand how to three-track ski. She took that information back to her school coaches, where Asfar trains daily as a member of their non-adaptive program.

An inspiration for Pakistani athletes

Afsar is not just an inspiration for disabled athletes. She is also a role model for others who are looking for some kind of motivation. Asfar hopes her passion for the sport may encourage others.

Asfar is waiting to see the day Pakistan has many female representatives in different sports. As a professional, Insha can inspire not only female athletes but also men towards skiing in Pakistan.

Asfar’s performance gives a vivid message to the world that nothing is impossible. With your firm belief and will power, you can do anything. It’s about how much you’re honest and sincere to yourself and your goals. It is the wild passion that makes things happen.