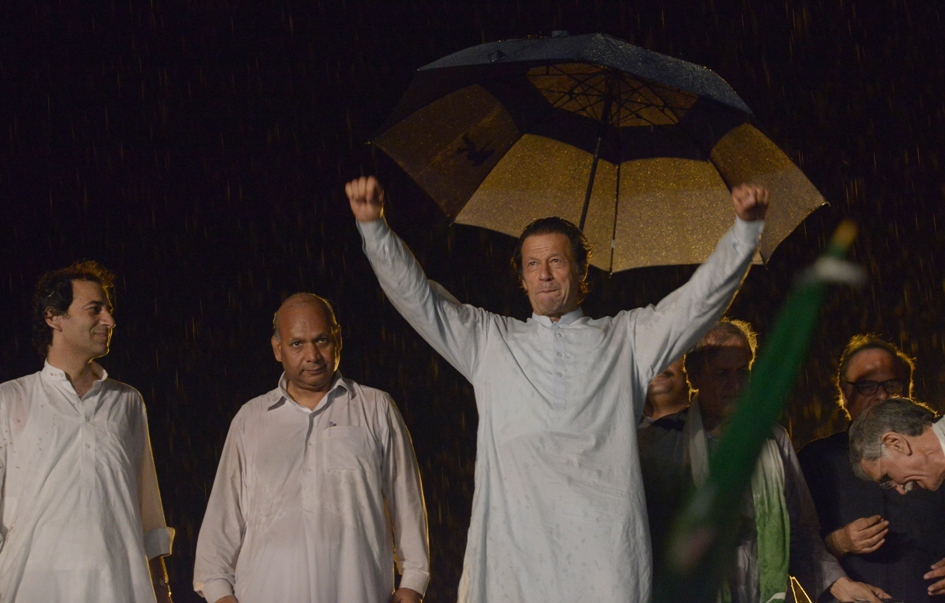 The apparent difference which draws a line between PTIâ€™s Tsunami and Inqilaabi sit-in is the devotees coming in from different cities and not leaving the venue come what may. Inqilaab may or may not come this way owing the uncertainty in this countryâ€™s political battle, but it sure is fostering a culture.

Ladies clad in veils spend their day chatting under umbrellas if they are lucky and doing laundry in the time they get in between babysitting their kids. These ladies chat around with the fellow protesters and the diverse backgrounds teach them more than they expected a diverse political culture. Sitting aimlessly on the Aabpara Road, they spend the day chatting away till their leader steps up on the podium. Despite the multicultural gathering, the thing that unites them among loud cries of children and the melting sun is their undying faith in Tahir-ul-Quadri.

Stepping out of their homes, did teach them more than they expected. Now every conversation with a fellow protesters tell them how they are not alone in the fight for the problems they share collectively but experience on an individual level. Coming from towns, they share the sleeping mats with those who have grown up in cities waiting for the dawn of revolution. Whether right or wrong motives, but on their way back home they will be returning with the feeling of having united and exposed to diverse culture Pakistan has been known for. As the sit-in stretches to days that get exhausting, they continue giving their services for the duties they are assigned to; be it food distribution, health care or security. It indeed is a revolution of a change where the masses are not wasting their days to resort to violence, rather they are that part of the nation who are learning how to unify and not let harsh realities bother them. If they could not travel out of their cities, cities traveled to them in conversation with their fellow protesters.

Over heard at the Inqilaabi March: â€˜â€™It is our love and passion for Pakistan, that keeps us going. I named my daughter Rabia Inqilaabiâ€™â€™

9 reasons to convince you to clean your gadgets!
3 Signs You Have A Jealous Bitc*** Friend and How To Deal With It
To Top