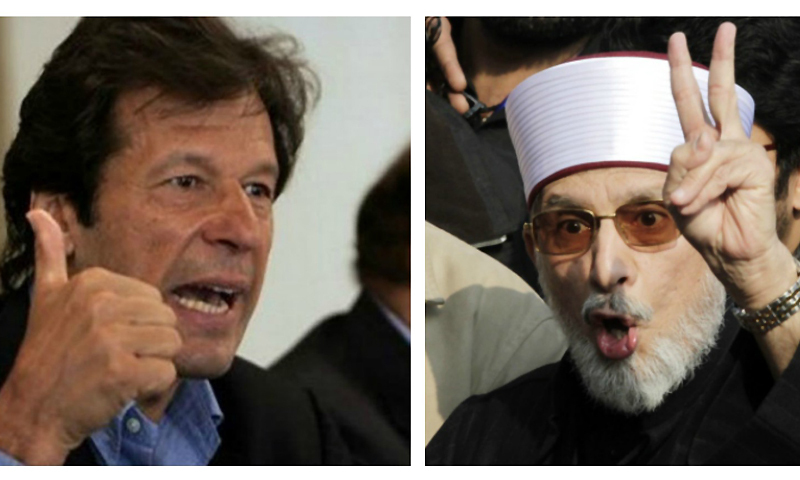 Talking to the media in the capital, he said that while the Taliban attacks defence institutions, Imran Khan attacks democracy and Tahirul Qadri targets the constitution.

He said earlier that Imran was only an ideological ally of the Taliban but now both he and Qadri have become strategic partners of the Taliban. He vowed that the government will combat all three.

Rasheed added that the government has kept doors open for groups that believe in peace talks, but that those who choose the gun will be dealt with in the same manner.

He added that the stateâ€™s complete powers would be used against terrorists, and that it is the government’s top priority to eradicate those who are targeting educational institutions.

It is the responsibility of the government to make Pakistan a secure state, he concluded.

Pakistan Awami Tehreek (PAT) chief Dr Tahirul Qadri announced on Wednesday his return to Pakistan on June 23 and warned that the government would be responsible if there was a threat to his life.

Via a video link, he addressed a press conference in Lahore where he said Pakistan Muslim League members will be held personally responsible if his family or supporters are targeted.