Modi Claims Indian Air-Force Can Defeat Pakistan In A Week!

Narendra Modi’s radical approach is the main problem between the Indo-Pak peace relationship. His intentions have clearly exposed after the brutal development in the Indian Constitution regarding Kashmiri People. However, he never misses an opportunity to challenge Pakistani armed forces. Following the tradition, Modi has recently claimed in a rally that India can defeat Pakistan in a war in less than 10 days. 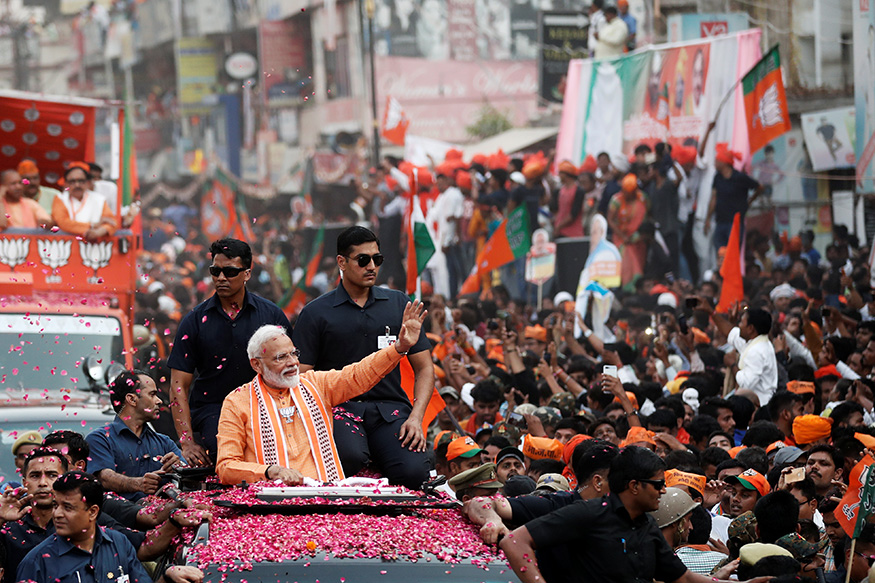 While explaining the background to the rally attendees, Mr. Modi said that Pakistan has already lost three wars against India. And if a new war is bound to take place then, this time, the armed forces can wrap-up the clash in just “a week to 10 days”.

In addition, he also imposed allegations on Pakistan regarding a proxy war against India in Jammu and Kashmir. He claimed that Pakistan has initiated the proxy war for decades and also killed millions of people and security entities in order to promote terrorist activities in the region. However previous governments did not give permission to the forces to control the situation.

“Many speeches were given but when our armed forces sought permission to take action, they were refused. But today the country is moving forward with ‘yuva soch’ (youthful thinking). So, it carries out surgical strikes and airstrikes to teach terrorists a lesson in their own backyard,” Prime Minister Narender Modi said in the 45-minute speech at National Cadet Corps (NCC) rally.

Moreover, he connected the two events of the clash with suicide attacks in Kashmir. Said that after the killing of the Indian soldiers and paramilitary personnel in the attacks, we have taken the actions in retaliation and initiated a targeted operation against terror camps in Pakistan Occupied Kashmir (POK) in September 2016. Further pointed out the Pulwama incident and relate it with Balakot Air Strike in last February and claimed that the strike has destroyed the terror bases in Pakistan.

Apparently, they tried to create an impression that Pakistan’s behavior has changed after the two strikes. Because Pakistan thinks that the Indian Political Establishment would not hesitate to initiate cross-border operations in response to terror attacks. However, Mr. Modi thinks both strikes enhanced peace in Jammu and Kashmir.

Although, another side of the story regarding Balakot airstrike is totally different. Nothing has happened as Indian media has claimed. Factually, the Indian Air Force (IAF) jets violated the Line Of Control (LOC). And in response, the Pakistani Air Force (PAF) has conducted the strikes across LOC and shot down two Indian Air Crafts. Moreover, they captured an IAF pilot Abhinandan Varthaman.

Although, these kinds of statements are not a surprise for anyone. As the Indian government is constantly giving such stuff and became a major source of chaos between both countries.