On 29th April, 2020, one of the world’s most renowned desi actors, Irrfan Khan tragically passed away in India. After battling numerous illnesses for years, the veteran actor and future legend of Bollywood breathed his last at the age of 54.

The legendary actor deserves no introduction. Irrfan Khan wasn’t just a name, he was a brand in all his entirety. Not the best of looking actors India might have but surely, surely, surely, one of the most talented ones. 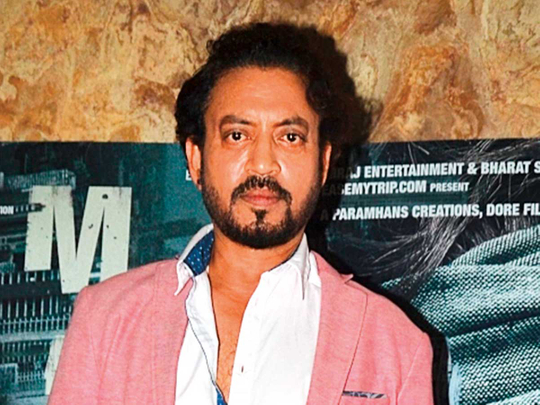 He was diagnosed with a rare form of cancer in 2018 and was admitted to the intensive care unit (ICU) of a Mumbai hospital with a colon infection. Sadly, Irrfan Khan could not survive the infection and passed away this morning.

Since his death, social media has been set ablaze with condolences and tributes for the actor. Consequently, from celebrities in Pakistan to the Prime Minister of India, everyone has been paying their regards to Irrfan Khan’s untimely departure.

My dear friend Irfaan. You fought and fought and fought. I will always be proud of you.. we shall meet again.. condolences to Sutapa and Babil.. you too fought, Sutapa you gave everything possible in this fight. Peace and Om shanti. Irfaan Khan salute.

However, extremist Hindus in India wouldn’t even spare a legend like him. The reason? He was Muslim and often spoke about the rights of the minorities. Where there has been nothing but good words for his work and career, Indian extremists are showing their true colors.

India, what have you done to yourself. pic.twitter.com/dYfqv7kP9A

There are some Sanghis who are laughing and calling Irffan Khan “Terrorist”. Of course because of his name. The reason why they are considered the lowest scums on earth

Vile words and celebratory messages are being posted on social media regarding Irrfan Khan’s death. Moreover, they have been making statements like ‘ek aur Musalman’ kam hogaya.

In addition, there have been some Indians who are countering this abuse and celebration. However, the fact remains, that an extremist mindset doesn’t even see the best in people. If this is the treatment being given to a legend of Indian cinema, imagine what the normal Muslim faces.

It has been over 150 days since the valley of Indian Occupied Kashmir went into lockdown. Subsequently, a curfew has been imposed and the Kashmiris in India are being treated like third-class citizens.

It is high time the Indian extremist mindset changes and awakens. The world faces an invisible enemy and is fighting day and night for humanity’s survival. On the other hand, Hindu extremists won’t even spare a good-hearted man who did wonders for their country.

Ghamidi Requests Clerics To Stop Blaming Women For Natural Calamities
Why Is Geo’s ‘Ehsaas Ramzan’ The Only Transmission Following PEMRA Guidelines?
To Top