The Indian Army, once again, has shown its level of intellect and assessment of the danger. One of the largest importers of arms and ammunition in the world, the Indian security forces seem to have an adverse effect on their minds due to the quarantine.

Today, the Indian officials informed Indian media that the intelligence of the country had caught a ‘spy pigeon’ from Pakistan. The Indian forces think that the pigeon was trained to be a spy in Pakistan and then sent on a mission to Indian Occupied Kashmir.

Allegedly, the pigeon was carrying a message. We presume it must have said: “Eid Mubarak Modi!”, but the authorities did not reveal the message. 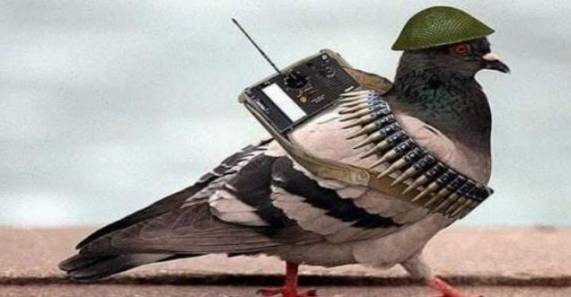 The poor bird was caught from the Kathua district of Occupied Jammu & Kashmir and entered from the Pakistani side of the border. Who knows what sort of mental and intellectual torture the pigeon must be going through at the moment. On the one hand Pakistan is famous for catching Indians like Kulbhushan and Abhinandan, on the other hand, India keeps catching Pakistani pigeons.

Message on the legs of the pigeon

“The villagers handed over the pigeon (to the local police station) yesterday. A ring was seen attached to one of its legs with some numbers on it and a probe is on,” Senior Superintendent of Police of Kathua Shailendra Mishra said. 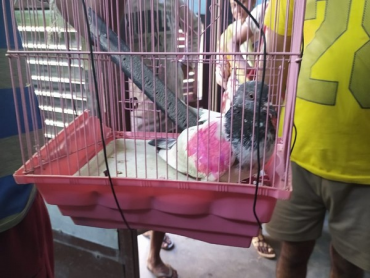 Since then, Indian think-tanks have been working on decoding the alleged message. Which we presume, never existed in the place. This is not the first time that an ill-fated bird has been caught by the Indians.

Pigeons and balloons from Pakistan caught before

In 2017, the Indian forces caught a pigeon alleged as a Pakistani spy. Indian officials were put in charge of keeping an eye on the alleged Pakistani spy pigeon. But not only the pigeon escaped India, but it had also gone nowhere other than Pakistan – adding to further insult of India.

The Indian intelligence agency captured the pigeon that was accused of ‘infiltrating’ their nation from across the border. The authorities from India openly claimed that the pigeon had flown back to Pakistan.

Moreover, pigeons are one thing, but in 2016, Indian authorities caught balloons claiming them to be Pakistani spies. We congratulate the Indian forces on this great achievement, while also hoping the pigeon does not have to go through violations that the youth of Kashmir has to.

The Untimely Death Of Zain Polani & His Family In PIA Crash Is Heartbreaking
An Editorial Blunder: Social Media Lashes Out At SAMAA For Spreading Fake News About PM Khan
To Top