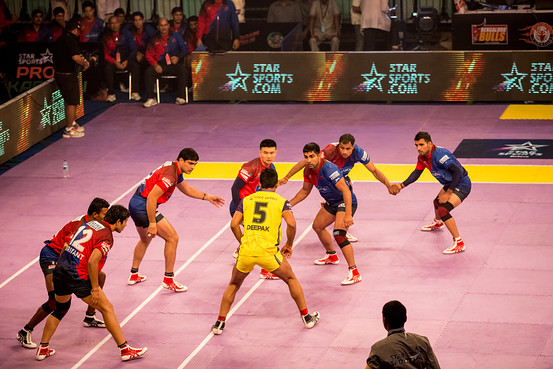 Pakistan and India: Best Kabbadi Teams but Who is Better?

To make the Kabbadi an acceptable sport amongst the Pakistani audience, we need to exemplify from the strategies formulated by Indian Pro-Kabbadi league for revitalization in India. It’s the best exemplify of reviving an ancient brand and making it relevant for today’s audience.

The sports all over the world and in the subcontinent are taken as a brand, looking at commercial prospects of sports and the media. The main reason behind this is the love and emotional attachment of the people of subcontinent. The way they took cricket through Indian Premier League; in the similar way, they handled the Kabbadi. 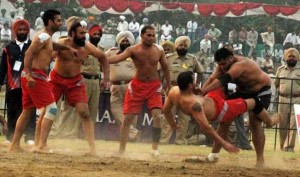 The shirtless and barefooted young men had been playing Kabbadi on rough and muddy grounds of subcontinent for over 2000 years. The amazing thing is over this time period, the Kabbadi hasn’t changed a bit. But, they way it’s transformation occurred in India in year 2014 just explains the power of marketing and creativity to pull off the dying sport into alive one.

Read Also: Indian Kabaddi Team Gets Disowned By Nation After Coming To Pakistan

The emotional appeal to Kabbadi was undiscovered but present amongst the Indian audience. Moreover, Kabbadi is a simple game with easy rules. Kabaddi doesn’t require an equipment as it’s a full-on contact game. It requires as small space as half the size of basket ball court. Kabbadi requires great mental strength, stamina, speed, and strategy. Most importantly, it’s an exciting game to watch on the screen. 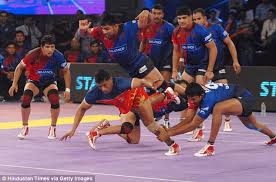 Kabbadi had been dying a slow death in subcontinent and it had an image of primitive abandoned rural sport no longer relevant for modern urbanized audience. This perception was wholly and solely changed by Pro-Indian Kabbadi league which had the financial backing of Industrialist tycoons of India, who invested and earned the riches after the great Kabbadi became successful.

The results were outstanding. It is reported that the Kabbadi league’s opener match had 22 million viewers and that was 10 times more than the viewership of the opener between Brazil and Croatia in 2014 World Cup. We witnessed over 140 million tweets on very first day and the number almost maintained throughout the kabbadi league.

The social media buzz was almost as much as Indian Premier League. Perhaps, the power of marketing was witnessed once again in sports arena. But, it’s the primitive emotional attachment to the game that made it success.

Why they chose Kabbadi over any other sport?

It’s imperative that a country over a billion population cannot remain passionate with one sport i.e. Cricket. People want change in watching and playing sport as much as they want change in any other sphere of life. So, the marketers defined their purpose to arouse the emotional attachment with the great game of Kabbadi amongst audience and get it associated with the right people for positive association 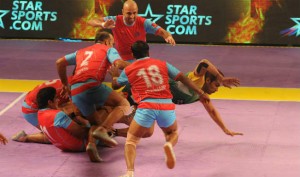 Indian Pro Kabbadi league was all about penetration!

The elevation of a limited local sport into full-fledge sport on-aired on main stream sports channel having highest number of audience in wide areas of India did the trick. Star TV’s digital footprint spreads in more than 50 cities of India and is expected to further increase, as the result Kabbadi viewership wil increase too in forth coming months and years.

Revitalizing the brand ‘Kabbadi’ from the rural areas!

The promoters kept the essence of Kabbadi alive by influencing the players belonging from rural areas to play and, at same time, kept it relevant for urban audience by bringing certain changes. Kabbadi was modernized when synthetic mats, lyrca uniforms, and electronic scoreboards were introduced.

The high-excitement game attracted youngsters through mental alertness and athleticism that sensationalized the whole action. 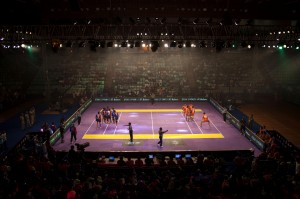 The tagline “the new face of Kabbadi” along with high quality visual and sonic characteristics, including the logos, trademarks, and identities of all the teams participating made the brand stronger. 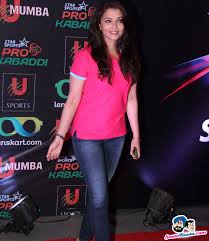 The promotion plan, inspired by the IPL, went well beyond the game. Eight city teams were announced, each owned or associated with big Bollywood stars who lent the sport the salience & glamour it so badly needed. Many top stars & business tycoons were guests at the matches, visibly tweeting & clicking selfies during the games. 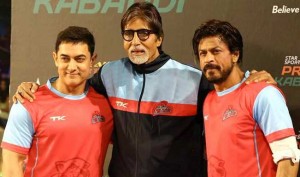 IPL inspired promotion plan worked for Pro-Kabbadi league. Renowned Bollywood stars either owned the team or remained closely associated with their favorite adding the glamour and vogue to the game. Many stars and business tycoons were present as the guests in the matches, taking selfies and bucking up their favorite team. 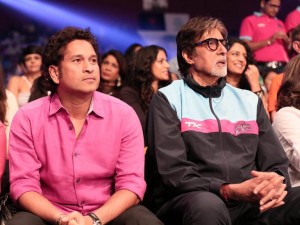 Through branding and communication, the dying sports of Kabbadi saw re-incarnation in India with brilliance. It appealed to young audience, embellishing the robustness of players, and physical side of sports.

Lesson for us Pakistanis

Indian-pro Kabbadi league has been the success but, most importantly it sets an example for us Pakistanis to do the same. We have every potential to pull this amazing sports off in our country. With presence of penetrative sports channels, industrialists and capitalists should invest in these sports because of its financial viability is in evitable looking at primitive appeal of it amongst the masses.

We can look into above mentioned branding and marketing techniques of Pro-Indian kabbadi league and pull it off in our country taking kabaddi as a dying brand and rejuvenating it with these strategies. All we need is the willingness anf government support but, are those easy to get? Let’s leave it on the authorities and pray for the revival of wonderful sport of Kabbadi in Pakistan. For now, Kudos to India for pro-India Kabbadi league!